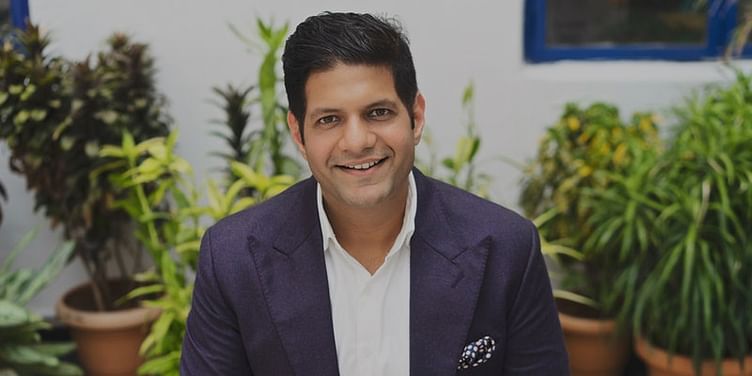 Set up 73 years ago, Famous Studios is eyeing a spot in the Gen Y limelight with its newest offering: Famous Working Company. The innovative coworking space, which offers shooting infrastructure to the millennial workforce, aims to be a creative hub.

Coworking spaces, the future of the workplace, have mushroomed across India at an astounding speed. With over 850 coworking spaces, most concentrated in Delhi, Mumbai, and Bengaluru, and over 179 in Tier II and III cities, India is the second largest market for flexible workspaces in APAC, second only to China. Reason enough for Mumbai’s iconic Famous Studios to launch Famous Working Company (FWC), a coworking space that aims to foster creativity and offer creators “access to the entire spectrum of services that cater to their art”.

The 73-year old studio, located in Mahalaxmi, aims to step into the future by combining creativity and innovation, and helping Gen Y build companies “that are forever inventing new ways to tell great stories”.

Anant is a third-generation entrepreneur, and the grandson of JB Roongta, the Founder of Famous Studios.

Along with all the other facilities that a usual coworking space provides, FWC offers facilities like a private 55-seater movie theatre, a sound recording studio, studio spaces for shootings and events, “ready-made content spaces” such as a walk-in closet, beauty terminal, kitchen, interview set, and access to events and concerts at Famous Studios.

The era of studios dawned in early 20th century, after Dadasaheb Phalke made India’s first film, Raja Harishchandra, in 1913. Phalke later moved to Nashik, where he established Hindustan Films, a studio that offered every facility —locations, actors, technicians, and post-production - under one roof. Soon after, other studios came up in Mumbai, Kolkata, Pune, Chennai, and Lahore (then part of undivided India). Mumbai houses numerous studios currently, including iconic ones such as RK Studio (now sold) and Mehboob Studio.

The story of Famous Studios goes back to pre-Independence India. Set up in 1946 by JB Roongta, the studio was a bold foray into the world of Indian cinema and television. During it course till now, the Roongta family tried keeping up with changing times and needs and along the way bagged awards such as Dadasaheb Phalke and the Indian Motion Picture Association’s recognition for its outstanding contribution to Indian cinema.

In 1990, JB Roongta’s son took over the business and expanded it further with new-age film-making technologies. Famous Studios restored films like Pakeezah, Sholay, Masoom, Woh Saat Din, Coolie, and Mr India, among others during this time.

When Anant decided to join the family business in January 2018, he decided to keep up with Gen Y, which is increasingly making and consuming digital and OTT content.

Anant says he saw a wave in media industry with a lot of individuals creating videos, YouTube channels, small production houses, and a rise in coworking spaces. However, he felt that none of the coworking spaces met the needs of media entrepreneurs and freelancers.

In June this year, he decided to start Famous Working Company in a small section of the 110,000 sqft Famous Studios.

“FWC is spread across 10,000 sqft and offers facilities like flexi desks, private cabins, an outdoor glasshouse courtyard for lounging, and a games arena. We have 140 seats as of now and rentals start from Rs 10,000 per month at present,” Anant says. Members can choose desks in the Nest, Beehive, and Den spaces.

Anant says FWC is a blend of a creative co-working space and existing infrastructure for creating content such as studios, production, and post-production facilities.

“We have services like visual engineering and India’s second-largest Dolby Atmos Home Mixing Facility for the OTT original content space. Any member gets direct access to this,” he says.

A seed investment of about Rs 1.5 crore has gone into the coworking space, and has been fully funded by the Roongta family.

Apart from global players WeWork, CoWrks, and Awfis, and others like 91Springboard, the Hike, and InstaOffice, the coworking space is seeing many new entrants. With the industry expected to reach a valuation of $2.2 billion by 2022, it sets a strong tone for growth within the sector across India.

But FWC stands out as a coworking space for the creative professional, one that provides individuals and groups with all the infrastructure and help they need.

“Our clients are of a mixed variety, ranging from tourism companies to production houses, law, and financial firms,” Anant says.

He says that a coworking space inside a studio doesn’t only attract professionals, but also other people as this gives them a chance to rub shoulders with celebrities, see behind-the-scenes activity, and indulge their inner film geek.

FWC is aiming to create a community of creators with its incubation centre that provides access to entrepreneurs, creatives, mentors, investors and tech gurus.

Since launch, FWC has been at 50 percent occupancy and Anant hopes to have the space “full” by the end of November.

“We will focus on converting our property into a cultural hub, and will have an array of events such as stand-up comedy gigs, concerts, product launches, film and advertising productions and art shows,” Anant says.

Clearly, it ain't over till the fat lady sings!

Evolution of the Cinema