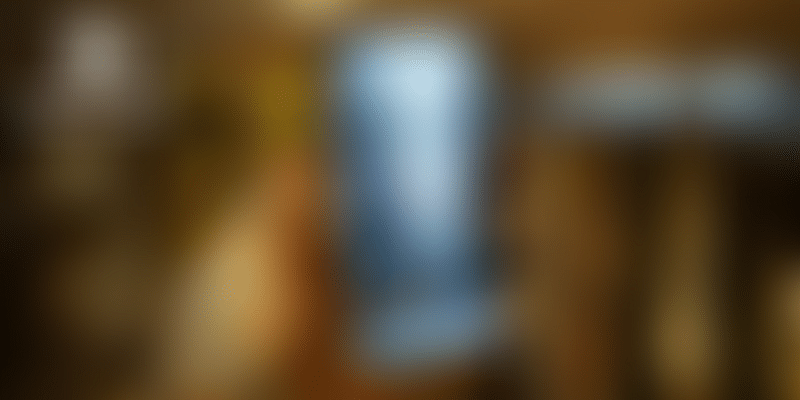 The Note 10 Plus is a smartphone with the least compromises. Anyone with an Android phone older than two years should check out the Note 10 Plus. It's a good phone to ride out the rocky transition to foldable and 5G smartphones.

Samsung’s Galaxy Note series has always been the I-can-do-everything device. It’s got a big vibrant display with some of the thinnest bezels ever seen on a smartphone. There’s the top of the line specifications to boot and an interesting array of colour options, including the wild aura glow for those who like to show off.

There’s also the game-changing S-Pen that learns new tricks each and every year. The Note 10 Plus is an iterative upgrade over last year’s Note 9, yet is the most refined Note from Samsung.

The question begs to be asked; Is it noteworthy? Let’s find out.

Top of the line specifications

Before we dive deep into the smartphone, here’s a rundown of all the specifications.

It’s got a 6.8-inch Quad HD+ (3040x1440) dynamic AMOLED display. It’s powered by Samsung’s own Exynos 9825 processor and paired with 12GB of RAM. There’s either 256GB or 512GB of storage available with support for further expansion via the microSD card slot.

The smartphone is kept alive by a 4,300 mAh battery and is IP68 rated - waterproof and dust resistant. There’s no headphone jack on the Note 10 Plus this year. The mighty S-Pen is there, as always. The smartphone weighs 196g. Last but not least, the smartphone comes with One UI based on Android 9 Pie.

The most striking feature of the Note 10 Plus comes if you buy the aura glow colour. That’s the one I was given for this review. Depending on how the light hits it, one of the rainbow colours will reflect off of the back of the smartphone. It’s basically a mix of chrome (a reflector) and iridescence “a lustrous rainbow-like play of color caused by differential refraction of light waves (as from an oil slick, soap bubble, or fish scales) that tends to change as the angle of view changes”.

It’s magical. It’s eye-catching. It’s attention-grabbing. Personally, I wasn’t a fan (give me the aura red version) but a lot of people stopped me in my tracks to get a glimpse of this beauty.

Design & display: it’s all about the style

If last year’s Note 9 screamed “4,000 mAh battery” and “1TB of storage”, this year’s Note 10 is going all out on the style quotient. The 6.8-inch immersive display is surrounded by some of the thinnest bezels ever seen on a smartphone.

The AMOLED panel is the same one that debuted on Samsung’s S10 range. It’s sharp, vibrant, and punchy. It’s got HDR 10 and HDR+ certification with the darks being better than ever on the display. Watching shows like ‘Game of Thrones’ provides for a much better experience.

There’s a hole-punch camera on the front that is small and centred. The vertical camera layout is better than that of the S series. The only downside to the design is the fact that the rear attracts many a fingerprint.

I’d just like to take a moment to address the power button. Poof. It’s gone. The right side of the smartphone has no buttons at all. There is a volume rocker and ‘Bixby’ button on the left side and it’s a bit of a learning curve to get used to this.

One thing that you might find strange is that pressing and holding the power button activates Bixby and to turn off the phone one must hit the software toggle in the notification drawer. Thankfully, Samsung has allowed for remapping of the Bixby button, to make it do what we’re all used to it doing.

There’s the same ultrasonic fingerprint sensor as in the S series that sits under the glass. While it works just fine, some competitors like OnePlus and Oppo have much better implementations of the in-display fingerprint sensors. If unlocking your smartphone via a fingerprint doesn’t tickle your fancy, there’s always Face Unlock that is faster and more secure this time around.

Samsung decided to sacrifice the headphone jack (for a bigger battery) this year (wireless headphones for the win), and there is no dongle in the box.

The stereo speakers are objectively louder and clearer this time around as compared to on the Note 9. One just has to turn on Dolby Atmos in the settings for the full effect.

Performance: fast as a cheetah

Yes, the Note 10 Plus is one of the fastest Android smartphones I have ever used. It’s fluid and doesn’t lag. The massive 12GB of RAM helps with multitasking. Switching between apps is a breeze and I never noticed any hiccups during my usage. The Note 10 proved worthy even while gaming (though it got a little warmer than I expected) for long sessions.

The battery of the Note 10 Plus left me with mixed feelings. The Note 10 Plus comes with a 4,300 mAh battery as opposed to the Note 9’s 4,000 mAh battery. The 300 mAh increase doesn’t satisfy though. Note 10 Plus’ battery life, on a day-to-day basis, is objectively worse. It may have to do with all the extra hardware that it has to power, but with some software tweaks, I believe Samsung could have achieved far better battery life.

On days with medium-to-heavy usage, I rarely got near six hours of screen-on time (SOT). The phone comfortably lasts a full day’s worth of usage but that’s without any periods of extended gaming. My typical usage involved phone calls, WhatsApp, Spotify, listening to podcasts, doodling with the S-Pen and clicking photos other than checking my social media feeds multiple times a day. It’s strictly on par, and sometimes even worse than, the Note 9’s battery life.

My typical day started around 9 AM and ended around midnight. By then, the phone was near dead and crying for a charger.

On the flip side, Note 10 Plus' charging is really fast. I was mighty impressed with the 25W USB-PD charger included in the box. I managed to go from 0 to 100 percent in about 80 minutes. Mind you, the Note 10 Plus also supports up to 45W charging.

If you’ve used a Galaxy S10 Plus, you aren’t going to notice any difference in shots taken on the Note 10 Plus. What will be immediately noticeable is the change in the placement of the cameras. No more will your index finger get in the way of any shots.

The wide, standard, and telephoto lens give you the same sort of versatility as of the S10 Plus. The dynamic range is incredible and Samsung really has upped its game this year. It’s slightly less dramatic on the Note 10 Plus as compared to the S10 Plus.

With a 123-degree field-of-view, the Note 10 Plus’s wide-angle camera is wider than nearly every other smartphone on the market. It’s really useful when outdoors and shooting in good daylight conditions.

While the daylight photos are crips with great details and filled with colours, it’s the low-light camera that hasn’t kept up with the competition (Google and Huawei and even the iPhone take the cake here). The wide-angle and telephoto lens have a torrid time when shooting in minimal lighting conditions. The primary lens also fails more often than not in low-light conditions. Sometimes one can get extremely grainy photos and sometimes the photos are over-sharpened and sometimes the slow shutter means your photo ends up being blurred. Even using the in-built night mode, all you can get is a slightly brighter photo that lacks any details.

On the flip side, the front-facing camera is very good. There is a good dynamic range and images come out very sharp.

Last but not least, I just want to mention one thing about videos. Video stabilisation on Note 10 Plus is one of the best I have ever used. It rivals that of the Huawei P30 Pro. The problem here, once again, is that videos struggle in low-light.

Other aspects: S-Pen, speakers, and more

The S-Pen's inclusion in the Note series has always brought about divided opinions. While it’s good for taking notes and doodling, the other features are mere gimmicks and most people don’t even have any use for it. There are some air gestures, thanks to the S-Pen having a gyroscope, but I barely used it. The only thing the S-Pen is good for, apart from doodling and note-taking, is acting as a remote shutter.

The Note 10 Plus ditched the headphone jack for the first time in the history of the Note series and this was met with a sharply divided reaction. While some will lament having to buy wireless earphones, Samsung has compensated by providing excellent stereo speakers with Dolby Audio. The speakers are loud and crisp and unless you’re playing heavy metal at full-volume, you’re going to have a great experience.

Competition: Is the Note 10 Plus good value for money?

The Pixel 4 series, one that is known to have the best camera on any smartphone, is coming in the second half of October. There’s also the Mate 30 Pro from Huawei that has excellent cameras and the best-in-class battery life.

There’s also the Redmi K20 Pro that comes in at less than Rs 30,000 and has almost all of the features one can ask for in a flagship.

Should you buy it? Hell yeah!

Rs 79,999 for the Note 10 Plus is a steep asking price, no doubt. But if money isn't a consideration, the Note 10 Plus should be on top of your shopping list. What you get in return in a feature-rich smartphone with the best-in-class display, a pretty excellent camera, performance that doesn't ever stutter and an S-Pen for taking notes and doodling.

It's Samsung's best smartphone till date, but if you're coming from last year's Note 9, there is absolutely no need to upgrade. If you're one of those who like smaller smartphones, then do check out the regular Note 10.

The Note 10 Plus is a smartphone with the least compromises. Anyone with an Android phone older than two years should check out the Note 10 Plus. It's a good phone to ride out the rocky transition to foldable and 5G smartphones.