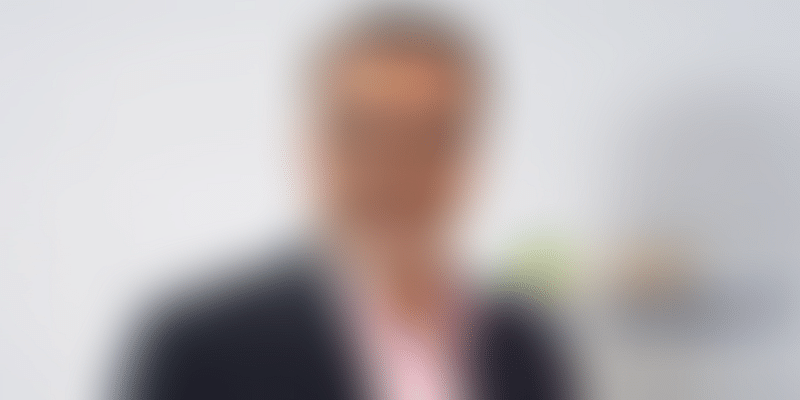 Chetan Maini of Sun Mobility was the pioneer of India's electric vehicle movement. Now, he is looking beyond cars, creating an energy management business.

Driving in India is a painstaking task where people are stuck in traffic for hours on congested roads, which at times, are also filled with potholes. For example, the traffic jams at Whitefield, a suburb in hi-tech city Bengaluru, that houses the world's best R&D centres in software, is legendary.

The drive to the suburb saps the energy out of every employee travelling there on work. On an average, a person spends three hours per day getting to and from Whitefield. Not to mention the particulate matter hurting the lungs.

If you ask Ambee, a Bengaluru-based environment startup, they would tell you that the particulate matter levels in India are well over the EPA prescribed norms of 15 micrograms per cubic metre, which means even children are not breathing clean air.

So, why does YourStory raise this topic? Battery technology will remove the pollution caused by vehicles and at the helm of that change is Chetan Maini.

The Co-founder of Sun Mobility and the Founder of India’s first electric vehicle Reva, Chetan Maini is leading the charge to bring battery swaps in India to drop the pricing of EVs by encouraging collective ownership of electric mobility.

Like Ratan Tata, overseeing the introduction of the Nano car as a change agent for aspiring Indians, Chetan believes that he can dream big. One of the harbingers of shared mobility with shared energy in the country, he has laid out the blueprint and is readying for massive expansion. The company has already clocked well over Rs 15 crore in the first year.

However, Chetan knows this platform-based approach is no Reva, which he founded in 1994. Sun Mobility needs far more capital than the $100 million invested in Reva, which he does not disclose.

Chetan says, "This requires a significant amount of investment because we are looking at changing the very fabric of Indian commute. It is significant because ownership models and financial models would change in the B2B space."

Sun Mobility has collected one million kilometres of driving data from battery swap-based vehicles and is now ready to scale.

Chetan’s audacious plan includes a full-stack of an Android platform for the battery swap business. It involves Internet of Things (IoT), software, telematics services, hardware manufacturing, and fintech services (as payment service for the ecosystem, which will happen in its own closed-loop wallet). It is for the first time that such a plan has been put in place.

This entire stack is modular and the automotive ecosystem can plug services at any time. Sun Mobility is already making its experiments kick off in Delhi-NCR, Bengaluru, Ahmedabad, Chennai, and Pune.

Sun Mobility, a startup jointly owned by the Sun Group and Virya Mobility, has been granted two out of the 10 global patents that it had filed. Virya Mobility is wholly-owned by the Maini Group of companies, which have funded the Reva project for a very long time.

The rise of Sun Mobility and Maini's big bets

Tucked away in the concrete jungle of Whitefield, Sun Mobility was founded in 2017 after Chetan sold his first company Reva to Mahindra & Mahindra in May 2010.

However, Chetan’s focus has shifted to managing and providing energy for the future of mobility.

"It has to be a standard platform on which others can build services on top of," he says, while showing the facility where 170 engineers are building the software and hardware to manage the shared mobility through battery swaps.

In India, the ways of commuting are rapidly evolving with the government trying to create a sustainable narrative by pushing public transportation to adopt electric mobility. Niti Aayog, the policy think tank of the government, wants all three-wheelers to go electric by 2023, two-wheelers by 2025, and four-wheelers after 2030.

"Everyone wants to reinvent themselves into providing mobility-as-a-service, which means a completely new business model," says Chetan.

Sun Mobility helps OEMs create a road map towards electric mobility by helping them with designing future vehicles and set up their entire EV infrastructure. It offers battery swaps for buses, two-wheelers, and three-wheelers.

The keychain, once in contact with the swap station, opens up a pigeon hole in which the used Lithium-ion battery is placed for recharging. The customer pays for the miles consumed per battery discharged digitally and then another pigeon-hole opens up with a new battery, which the customer replaces in the housing unit of the vehicle.

"My argument for using swap batteries is this, you can manage the lifecycle of the battery better if it is a swap. If it is fixed in the vehicle the battery performance will drop over a period of time," says Chetan.

At present, the startup has a partnership with Uber for three-wheelers, which will be announced soon. It is also working in Gujarat, for the past five months, in partnership with Ashok Leyland, where its buses are plying on a single route on this technology.

There are over 10 buses plying 220 km per day in Ahmedabad. These batteries have a capacity of 350 kwh and weigh only 650 kgs. Robot arms swap the batteries in the buses and a large freight container acts as the storage and charging room for these batteries.

Eight more buses will be added over the next year. All these batteries are thermally managed and are prepped to work in 45 degree Celsius. Each bus plies around 30 km per route before the battery is swapped. As per Society of Indian Automobile Manufacturers (SIAM) data, there are only 100 electric buses in the industry.

"Usually batteries of that capacity are three tons. We have been able to drop the size and pack more power, which means more customers can travel on the route as the bus can take the load," says Chetan.

This model will help the state and the city bus corporations come back in the black after years of being in the red, as the battery cost is taken off the pricing of the asset and it becomes a variable cost - since it is swapped - and is monetised only for its usage.

Under the Faster Adoption and Manufacture of Electric vehicles scheme, Indian states are going to order 5,500 buses. Currently, Indian states spend Rs 100 per kilometre for running on fossil fuels.

Chetan believes batteries would bring the cost down to one-tenth of the cost. Sun Mobility has partnered with Ashok Leyland on bringing in buses that would adopt to battery swap technology.

Chetan’s company is in talks with US ride-hailing service provider Uber, where it would add its technology to three-wheeler vehicles.

The billion-dollar shared mobility company will order a fleet of battery-powered vehicles which will be using Sun Mobility's battery packs. Sun Mobility has tied up with nine OEMs and 10 fleet operators to make swap batteries usage in three-wheelers.

The changing time from replacing the battery and getting a new battery is 30 seconds. It would be an economic approach by Uber as the partner driver would no longer pay for the batteries and the rickshaw cost would drop to less than Rs 1.50 lakh.

Last year, Sun Mobility tied up with SmartE to deploy its energy infrastructure in the latter’s 500 electric three-wheelers in Delhi-NCR. It also has a partnership with Piaggio for its three-wheeler vehicles.

"SmartE plans to roll-out 100,000 vehicles by 2022. At 100,000 vehicles, SmartE will help reduce close to a million tonnes of carbon emissions, an equivalent of planting 17 million trees per year," says Goldie Srivastava, Founder of SmartE.

According to sources, car rental company ZoomCar is experimenting with swap batteries for its two-wheeler rental business. Even food-delivery major Swiggy can be part of the EV ecosystem.

According to SIAM, there are close to 1.5 million EVs in the country, half of them in the electric two-wheeler segment.

While Chetan did not disclose the business model of the company, the startup charges Rs 15 to run 100 km on an electric battery. The cost is then shared with the energy provider, the city corporation or council, the operator and the OEM.

"All B2B businesses should go electric, it is the only way for them to save costs,' says Dhivik Reddy, owner of GoGreenBoV, which supplies electric bikes to logistics business.

Ather Energy, Euler Motors, Autovert, Ultraviolette, Polarity, GoGreenBov, and Orxa Technologies are all looking at the consumer. Most of these companies will work on fixed battery technologies. As per sources, Ather has already sold more than 1,000 vehicles and has close to 10,000 bookings.

Sun Mobility has taken a high stake bet and the industry is supported by the government. Now only OEMs have to take the plunge into this journey by partnering with startups, which would create collective ownership for a sustainable environment free of toxic particulate matter.

Ola, Mahindra, Bounce: meet the companies lighting up the road for electric vehicles to go the ...