On Teacher’s Day, bet these movies will take you back to school 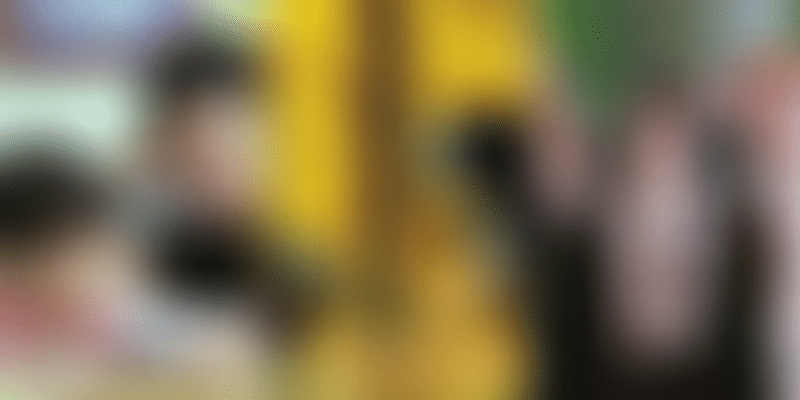 Celebrate this Teacher’s Day with some of these classic teacher-student movies from both Hollywood and Bollywood.

Master Shifu, coach Herman Boone, and professor Dumbledore – what is common between these three iconic characters?

Other than the fact that all three are etched in our hearts as the greatest mentors-cum-teachers of all time, these characters have an inspiring story to tell.

They are known for having an unfailing trust and faith in their students, supporting them unconditionally when things went south, and encouraging and inspiring them with the choicest of words from time-to-time.

Who can forget, after all, Master Shifu’s prophetic words as he prepares young Po for the challenges ahead while mastering the art of kung fu:

"If you only do what you can do, you will never be more than who you are.”

Much like the real life itself, these on-screen teachers fill in some great shoes, moulding young minds with lessons in courage, perseverance, patience, discipline, and hard work. And in turn, preparing them for the great battle ahead that is life. This Teacher’s Day, here’s a look at some of the greatest teacher-student or mentor-disciple movies.

In the garb of Po’s comic endeavours and some really-cool martial arts maneuvers, Kung Fu Panda teaches us lessons like none other. In fact, the pearls of wisdom in this 2008 animated classic are two-fold.

First, in the form of Master Shifu, who at the first glance comes across as a hard taskmaster. The plot also drops lessons in hard work and rigorous training. Nothing in life can substitute these two, and Master Shifu – the red panda, beautifully drives home this idea throughout the length and breadth of the film.

And then there is Grand Master Oogway, an old Galapagos tortoise, whose ultimate sacrifice not only moves to-be master Po, but also leaves a deep impact on the viewers.

If you are a 90’s kid, you are bound to have grown up on a healthy dose of magic, sorcery, and JK Rowling’s hit Harry Potter books. The seven-part series, which was even successfully adapted for the big screen, was a treasure of some of the greatest fictional teachers - from headmaster Dumbledore to professor McGonagall, Severus Snape, Rubeus Hagrid, and Sirius Black.

All of them are eccentric in their own way – just like the teachers we have comes across in our own lives – and with a life-altering lesson or two to impart.

Remember when Dumbledore tells the class of Hogwarts (just as he was about to assign 10 points to Mr Neville Longbottom) that “it takes a great deal of bravery to stand up to our enemies, but just as much to stand up to our friends”.

This is just one of the nuggets of wisdom from a series laced with lessons in friendship, bravery, loyalty, and a touch of magic.

To sir, with love: On Teacher's Day, millennial entrepreneurs talk about their mentors

The story of a dyslexic child, this movie made almost everyone cry. The film teaches how to teach, and demonstrates how to bring out the best in students. A perfect work of art, this film goes on an entirely different tangent compared to other teacher-student films.

The teacher here is compassionate and makes an effort to reach out to his student, a dyslexic child, while dropping nuggets of wisdom that are sure to make one think. Take this for instance:

Duniya mein aise heere paida huye hai, jinhone sari duniya ka naksha hi badal diya… kyunki yeh duniya ko apni alag nazar se dekh paaye.. (Such diamonds have been born in the world, who have changed the map of the whole world… because they can see the world from their own perspective.)

There cannot be a better movie when it comes to teaching and learning. The movie achieved a cult status and “O Captain! My Captain!” became a dialogue of defiance when it came to free thinking.

The movie also went on to be a significant milestone in the career of late Robin Williams. The movie also inspired several copycats around the world. The last scene of this movie where the students stand up on the desk one by one in defiance of their principal and as a respect to John Keating leaves a lasting and indelible impression on the audience.

Every film in this series is a great story of mentorship, like the relationship between Rocky Balboa and his coach Micky. Once Micky dies, his former adversary Apollo Creed becomes his coach, who teaches him to be his best and helps him defeat his self-doubt and inner fear.

After Apollo Creed dies as a result of a boxing match, Rocky pays tribute to his mentor by winning the fight. In later parts, Rocky acts as a mentor to his son and gives him life lessons. And who can forget the most amazing speech from the movie.

And if these classics are not enough for your movie buff self, we advise you to give films like Mulan (a 1998 movie based on the Chinese legend of Hua Mulan), The Karate Kid, School of Rock, and Remember the Titans (a biographical sports drama based on the true story of African-American coach Herman Boone, portrayed by Denzel Washington) a try. They will surely serve you some much-needed inspiration.