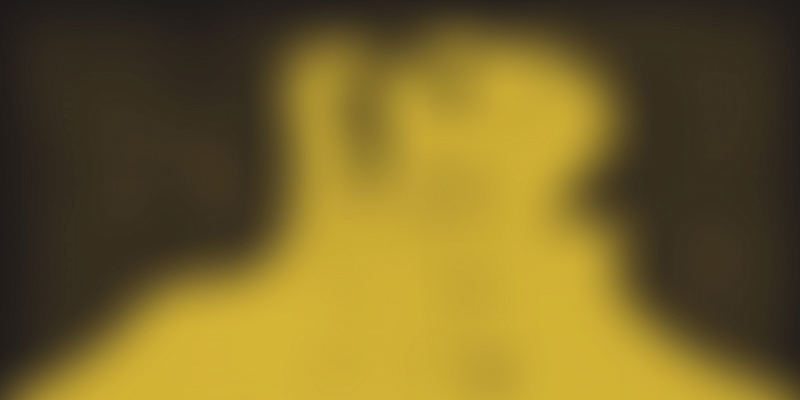 With legal battles throwing light on the ambiguity of content ownership on apps like ShareChat and TikTok, the question arises as to who can be held liable for videos on these immensely popular user generated content (UGC) platforms.

Unless you’ve been living under a rock, you would’ve heard of the legal battle between the two Indian language content sharing platforms, ShareChat and Chinese giant ByteDance’s TikTok.

A recap of what transpired: TikTok had sent takedown notices to ShareChat to remove certain content from the latter’s site, stating exclusive rights over the content. ShareChat complied with the notice, pulling down some videos. Later, in August, ShareChat approached the Information Technology Ministry, expressing concern over TikTok's move and the impact of such exclusive arrangements.

This standoff has raised an important question: who owns the content on these platforms?

“When you post a tweet or a comment, the views are your own; the platform isn’t held liable for it. These social media platforms work as intermediaries, and the onus of what is written, and where it is written is purely on the user,” says Aprameya Radhakrishna, Co-founder of Vokal, a peer-to-peer knowledge-sharing platform for India’s non-English Internet users.

But the TikTok-ShareChat skirmish has raised questions on whether the terms of use actually put the onus on the users or whether the platform claims exclusivity of the content shared on it. The latter argument, however, would put the liability on the platform and it will lose the “intermediary” status social media companies enjoy under the I-T Act.

TikTok clarified in a statement in August this year:

“TikTok welcomes Indian creators to be part of a safe and positive environment that upholds users' content and intellectual property rights. The platform does not exercise editorial control over users' content, which is produced entirely under users' sole discretion.”

Questions on ownership and exclusivity over content become pertinent, taking into consideration how these UGC platforms have grown in recent times, spurring hordes of people to create content everyday.

Within a span of two years, Vokal has notched up two million active users. TikTok is arguably India’s fastest-growing and most-downloaded app today. While it has wooed people world over, India alone accounts for 200 million of its users. In 1Q19, TikTok, which is available in 10 Indian languages, added 88.6 million users in the country.

“These platforms have started garnering a lot of attention and traction. This in turn gives these platforms volumes and numbers that they always wanted - the much needed MAUs and DAUs,” says an early-stage investor on the condition of anonymity.

So, it comes as no surprise that investors have come calling. Take ShareChat, for example, which raised $100 million in Series D funding and roped in Twitter as one of its investors. The platform, which has 60 million users, currently offers its services in 14 languages. ShareChat refused to comment for this story.

On the massive growth of the platform in India, Sachin Sharma, Director - Sales and Partnership, TikTok India, in an earlier conversation with YourStory, said:

“What has driven this growth is the content that is available on the platform and the opportunity that it offers users to showcase their talent and creativity. Users have varied interests and talents, and they get an opportunity to create engaging content across themes: comedy, cooking, travel, DIY, dancing, and sports, among others. Unlike any other platform, the 15-second format compels them to innovate. What sets the platform apart is that everyone is making every second count.”

Who owns this large volume of data?

As could be expected, the large volumes of content uploaded and shared on such platforms every minute become a goldmine of data and information on the user. As with any social media platform, the data thus generated on a daily basis makes algorithms more intelligent and easier to customise and curate different offerings and services to the user.

Netizens, when they sign up to such platforms, volunteer to share their personal information with these growing crop of new-age tech companies. Data on your spending patterns, home and work details, products and services preferences, and even on your finances, are all stored away every time one uses these platforms.

Sharda Balaji, Founder, NovoJuris Legal, explains, “All user generated content, as the name suggests, is owned by the user or the creator. The idea of these tech platforms is to work like an intermediary that offers a platform for people to express themselves. The moment you choose to do otherwise you aren’t an intermediary and you take complete onus of the content, including the liabilities.”

TikTok owner ByteDance to develop its own smartphone

What does the fine print say?

While all platforms agree that UGC posts are owned by the user, there still is the fine print. A statement by TikTok said, “Tiktok may enter into mutual contractual agreement with some creators, where TikTok may enjoy certain exclusivity rights over the content of these creators. In this regard, TikTok has undertaken legal action as part of its commitment to protect its users from copyright infringement.”

But ownership rights again depend on the terms and conditions. Udayarkar Rangarajan, Partner at Khaitan & Co, explains that it all boils down to the terms of use on the contract.

In its terms of usage, TikTok states, “In line with upholding users' content and intellectual property rights, TikTok may issue a notice to third party that infringes the copyright of the creators and intervene the exclusive contractual agreement between TikTok and the creators.”

It also says the platform may engage certain users who can promote the platform and teach other users ways to get the most value out of the tools available on the platform.

An investor, on the condition of anonymity, says, "One of the legal conundrums that legislature and judiciary are facing these days with respect to UGC is the ownership of data on such UGC platforms. Invariably, each of these platforms would have stringent terms and conditions explicitly calling out responsibility of the users on the data that can be shared/posted/uploaded. In that sense, the user is responsible and owns such content. However, each of these UGC platforms procures worldwide, royalty-free licence to use, reproduce, display, or distribute data of the users."

They explain the FaceApp is a prime and recent example. There was a privacy scare for users of the app, as it was alleged that images of the users are being stored in Russia. In cases like these, the local laws play a huge role in establishing responsibility of the platforms and/or users.

“When it comes to terms of usage there are two kinds: shrink wrap agreement and click wrap agreement. The former works for a Microsoft software. This includes terms and conditions of sale that consumers need to agree upon before unpacking the said software. With UGC platforms, it usually is a click wrap, where you click on the ‘I Agree’ button,” Udayarkar adds.

The data and content is primarily owned by the user; to use the same, the platform needs to seek consent from the user, at all times.

Udayarkar explains: “In most cases the UGC platforms ensure that they are safe from liabilities like IP, plagiarism, pornography, and any other illegal content. These will be highlighted in the terms and the onus is generally on the user.”

However, while legally these terms do hold, he adds these can be contested in the court of law.

“Most of these terms aren’t bilateral agreements, they are unilateral, as the user doesn’t have across-the-table discussions. While it is understood that the user would’ve read all the terms and then hit on ‘I Agree’, it can nevertheless be contested,” says Udayarkar.

Sharda cites a recent example of a US-based company that had terms of service on the fifth page, and the court held the decision in favour of the user, who despite having the onus of the content, didn’t have the advantage.

Few consumers, however, know that legal recourse is an option or figure out how to go about seeking it. Considering that is this a relatively new area, many tech startups working with user content are yet to work out the regulatory grey areas.

The responsibility of protecting consumer data lies as much with the startup, as with the consumer, say data and privacy experts. As this is a new and evolving territory, it will be interesting to see how in the coming months and years the concept of content ownership is defined, contested, and upheld in the courts of law.