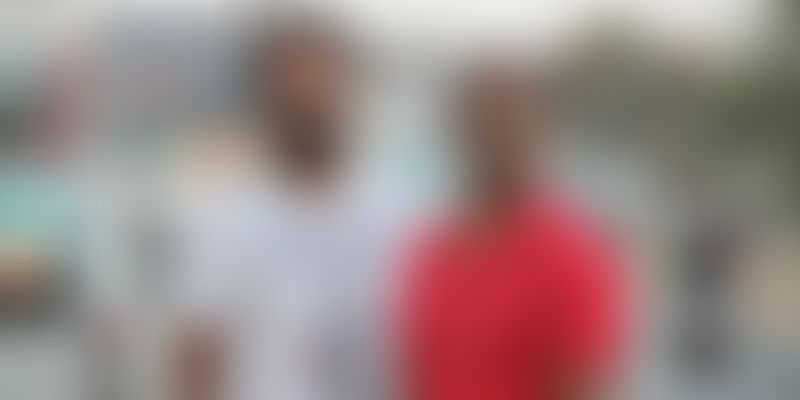 The Turning Point is a series of short articles that focuses on the moment when an entrepreneur hit upon their winning idea. Today, we take a look at Blowhorn, the startup that impressed Tim Draper to make his first investment in India.

Blowhorn was started by Mithun Srivatsa and his college friend Nikhil Shivaprasad to aggregate and organise the otherwise fragmented market of mini trucks. It is an intra-city logistics company that brings together a network of mini-truck owners and consumers.

Simply put, Blowhorn is a tech-enabled platform that enables mini-trucks to transport goods to multiple cities across the country.

And one thought got the ball rolling – ‘What if something like an Ola or an Uber existed for goods transport within a city?’

After working in the logistics space for almost five years, Mithun moved to England to pursue his MBA from the University of Cambridge.

“I wondered why we can't facilitate aggregation like human transportation, which is what Ola and Uber do. I saw there were 10 Tata Ace trucks on the roads for every Toyota Etios. It was a large enough market to put a product in there and run logistics between both the supply and demand. If this model could work well in transporting people with Uber and Ola, then it could work for goods transport as well,” recalls Mithun.

By now, Mithun also realised that entrepreneurship was the way forward for him. He thus moved back to India and worked on a couple of internships.

This was also the time when his sister was getting married. Like every other sibling, she asked Mithun questions around what he was doing with his life, and if he wanted to contribute anything to the wedding. And this prompted his short stint as a consultant at Walmart Labs, Bengaluru. Here, he worked with a senior director of the company on some operational and governance projects. He was into verticals like recruitment analytics for logistics, visibility on costing, and budgeting.

But with the entrepreneurial dream nagging him from the back of his head, he was thinking around existing problems in the logistics space. This led him to build the next Ola and Uber for logistics - Blowhorn.

"I knew for a fact that the problem was not the lack of supply of truck drivers, but the lack of a common platform that would aggregate and bring together the very fragmented market of mini trucks. If this model could work well in transporting people with Uber and Ola, then it could work for goods transport as well,” Mithun says.

He did a quick analysis to gauge the size of the market and was confident of finding success. This led him to blow the horns and start the company along with his friend in 2014.

Blowhorn’s algorithm works similar to that of the unicorn cab aggregators. While loading and unloading of goods is part of the service, it also allows real-time tracking of goods.

On the platform, a consumer can request for a truck, which is processed to match an existing mini-truck, and consequently the driver is connected with the consumer. The time frame could be as little as 30 minutes, and can also be scheduled to a later date and time.

The founders initially decided to stay bootstrapped until the startup started generating revenues. And today, the startup is backed by billionaire venture capitalist Tim Draper, who has also funded Skype, Tesla and SpaceX.

It also claims to be India’s first and only ‘full-stack’ logistics company, which refers to its capabilities in all three elements of the logistics value chain – warehouses, transportation, and tech-enabled systems.

Bengaluru-headquartered Blowhorn currently operates in Chennai, Hyderabad, Mumbai, and Delhi NCR. Some of the startup’s clientele include the likes of Flipkart, Amazon, and Urban Ladder.

Mithun says, within the first two and half years, the startup registered a 3x growth in revenue, and maintained its capital efficiency.