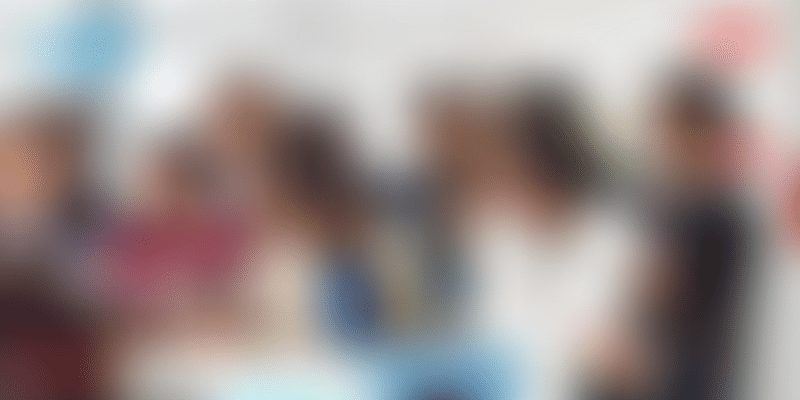 The Turning Point is a series of short articles that focuses on the moment when an entrepreneur hit upon their winning idea. Today, we take a look at the Gurugram-based unicorn OYO, which has operations across the globe.

OYO Hotels and Homes founder Ritesh Agarwal’s journey from a college drop out to building a global brand is well known.

Ritesh, who left his home to startup when he was just 19, always wanted to be an entrepreneur.

He had one idea in mind - “Make travel and stay a comfortable and great experience for middle-class India”.

According to him, options for comfortable and standardised travel and stay for the middle-class Indian was limited.

“The experience was completely broken. In any of the hotels a middle-class family would go to, they wouldn’t have clean sheets, no option of breakfast, or even good plumbing. All that was just a five-star hotel experience, and I wanted to change that,” says Ritesh.

And in just five years, the Gurugram-based unicorn is the fastest-growing chain of leased and franchised hotels, homes, and living spaces.

A global brand, it recently announced that it has reached a new milestone in the US, where it has over 100 hotels in over 21 states and 60 cities. The hospitality startup is backed by the SoftBank Group, Greenoaks Capital, Sequoia Capital, and Lightspeed India.

It is a jaw-dropping feat, all achieved by the 26-year-old Founder and Group CEO - Ritesh Agarwal.

[The Turning Point] How the idea of making Indians sleep better led this duo to start Wakefit.c...

In its short life, OYO Hotels and Homes has been variously described as a hotel aggregator, an online travel agency (OTA), and even a Ponzi scheme with an unsustainable business model, but never a hotel chain.

And today, the tables have turned, and it is a different story. Oyo is now valued at $5 billion.

However, the pivot can be traced back to early 2016 when OYO decided to become a 100 percent inventory-exclusive franchise. Ritesh was clear - OYO would run as a full-stack, asset franchising and leasing model made famous (and successful) by Marriott Hotels.

“In 2015-16, we were locked in a big competitive battle, and there was little bandwidth for us to immediately start on franchising and leasing model because that needs time and effort,” Ritesh recalls.

The 26-year-old entrepreneur was referring to the days when OYO controlled and managed just a few rooms in a hotel, and not the entire property. While the ubiquitous red-and-white boards outside announced to the world that the buildings were OYO properties, the reality was that it controlled only a few rooms.

Despite the $1 billion in funding it mopped up in 2018 from Softbank, the journey hasn’t been easy. Growing at breakneck speed, OYO faced just about every challenge that a rapidly scaling startup does - complaints about the quality of properties and services, messed-up reservations, and customer complaints going viral on social media.

OYO wants to own that right to win. As Ritesh admits, and candidly so, “We have had our fair share of learnings. In hospitality, there are some tough and subjective issues - the whiteness of the sheets and even water temperature. We as entrepreneurs take these very seriously and are working to ensure that customers get the best experience. We accept them and are ready to resolve them and change.”

A full-stack franchising and leasing model has given OYO control over the customer experience. But this also means being operationally intensive – hiring, training, monitoring, and retaining service staff.

“The vision of creating a better living space for the common man remains even today to what it was five years back.”

[The Turning Point] It didn’t take a scientist to figure it out: Manish Patel on how he got the...