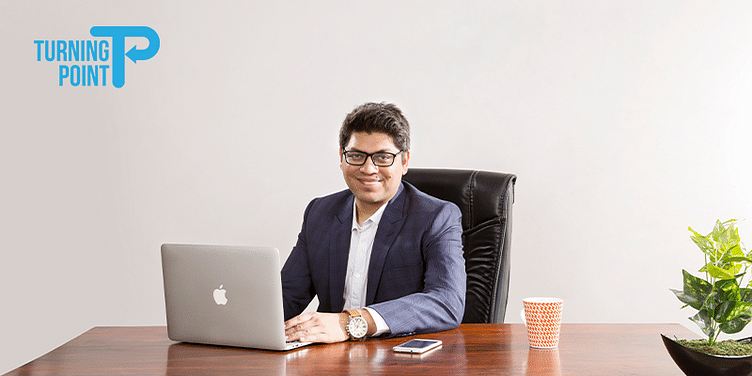 The Turning Point is a series of short articles that focuses on the moment when an entrepreneur hit upon their winning idea. Today, we look at RentoMojo, which is eyeing a million subscribers in the next two-and-a-half years.

Geetansh Bamania, Founder and CEO of RentoMojo, despite being the category head of furniture and appliances at a leading ecommerce platform, chose to rent everything to furnish his own apartment.

“I headed the vertical, and knew the prices I could buy everything at, but I was looking for flexible options,” he says. The reason being the hassle involved in relocating every time he changed cities.

“I could have decided to buy from the Urban Ladders and Amazons of the world, but I had no visibility of staying at one place for more than 17 to 18 months,” he says.

While in Mumbai, he started rented furniture from the local players in Charni Road. He says: “The market was highly unorganised, I never got the product of my choice, and nobody ever paid any attention to the repair and maintenance.”

From managing products at Flipkart and heading the furniture category at Pepperfry, Geetansh kept moving around Chennai, Bengaluru, Delhi, and Mumbai within a span of three years.

Geetansh’s brother living in the UK used to rent or lease pretty much everything, and Geetansh started thinking on similar lines. However, renting furniture and appliances was not his first idea. Geetansh initially thought of renting out toys to children, as they are expensive, and children use them only for a couple of days before getting their hands on new ones.

But with a background in furniture and appliance, Geetansh felt that would be a more known path to trade in.

He quit Pepperfry, and launched RentoMojo in November 2014. The startup received its first order in the first week of December in the same year.

Every challenge an opportunity

For most startups, initial days are always challenging. But for every smart entrepreneur, behind every problem, lies a business solution.

Geetansh put all his savings – between Rs 7 and 10 lakh – to buy the initial set of assets. Later, he approached his friends and family for loan, since loans from banks were not working out.

“I told them that instead of investing in stocks, which was anyway not working out in their favour, they should invest in a bunch of sofa sets and chairs. It worked out, and that’s how RentoMojo got its first funding,” he says.

For the first 80 subscribers, Geetansh delivered products by himself. Once, on his birthday, while his parents waited at home to celebrate, he couldn’t make it back home on time as he was busy delivering products to customers.

Similarly, a corporate client returned 300 bean bags due to lack of space at the warehouse, and Geetansh and team had to sell them all in a single day. “We went around Powai, knocking doors and selling them to young people,” he recalls.

Today, RentoMojo serves more than 100,000 live orders in a month, and Geetansh wishes to take that to a million subscribers in the next two-and-a-half years. The platform offers furniture, appliances and electronics on lease in Mumbai, Delhi, Pune, Bengaluru, Chennai, Hyderabad, Noida, and Gurugram.

[The Turning Point] From an aggregator to becoming the world’s third-largest hotel chain - OYO'...