[UpClose] In the footsteps of Myntra: how Ananth Narayanan plans to build Medlife 2.0 into a multibillion-dollar business 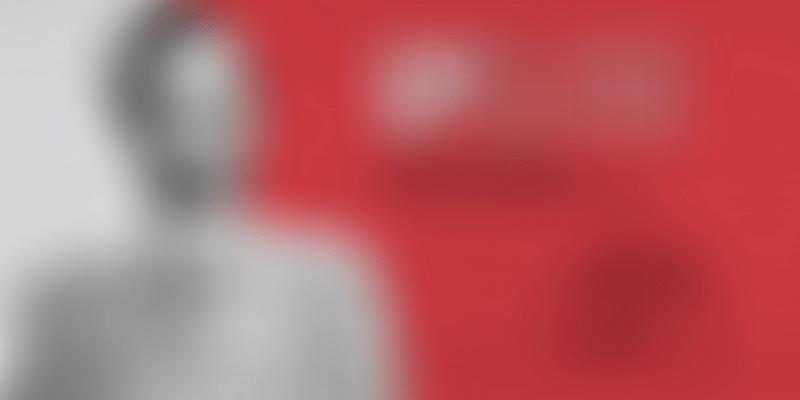 YourStory gets ‘UpClose’ with the movers and shakers of the Indian startup ecosystem. In this episode, Ananth Narayanan, CEO and Co-founder of Medlife, talks about growing the company 10x, and the importance of culture and continuous learning in a high-growth startup environment.

Ananth Narayanan, who recently came on board as the new CEO and Co-Founder of Medlife, alongside initial founders Tushar Kumar and Prashant Singh, has an interesting point of view when it comes to the healthcare startup. He believes Medlife is now at the same stage fashion e-tailer Myntra was in its initial days of growth.

“I think Prashant and Tushar who started this business have really scaled this up, and now it feels like Myntra’s early stages,” he says before letting us in on the next phase of the Bengaluru-based online healthcare platform.

“In the next 10 years, I look forward to building this up 10X,” he tells us, adding, “We want to try and build this into a multibillion-dollar business.”

Watch Ananth Narayanan spill the beans and let us in on the next phase of Medlife 2.0 in this episode of UpClose.

To understand Ananth’s goals and long-term plans is to take a deep dive into his past stints in the startup ecosystem. A seasoned entrepreneur with a master’s degree in industrial engineering and operations research from the University of Michigan, Ananth has previously held the CEO’s position at Myntra and Jabong. Prior to that, he was a Senior Partner at Mckinsey.

With the colourful career trajectory he has forged for himself, it’s not much of a surprise that his collective experience makes his skill sets unique. Ananth’s expertise particularly lies in driving performance improvement and product development. Both of these are going to be instrumental as he drives Medlife 2.0 into its next phase.

Not just e-pharma but an e-health market leader

“Our mission is to use technology to make Medlife a trusted partner for all healthcare needs of the hundred-plus million Indians,” says Ananth, filling us in on the progress of the e-healthcare platform since its inception back in November 2014.

At the time, the healthcare ecosystem, still in its early phases in India, was in desperate need of disruptive technology to streamline the process and plug gaps between demand and supply.

This disparity in the sector, along with Founder Tushar Kumar’s personal struggles, scouting medical stores for the right supplies for his parents, led to the birth of Medlife.

“Our customers transact one and a half times a month,” says Ananth. “Last year, we served a million and a half customers. This year, we are growing a 100 percent year on year.”

On an upward spiral in terms of growth and expansion, Medlife recently made two acquisitions as well – Mumbai-based digital healthcare platform Medlabz and Bengaluru-based medicine delivery startup Myra Medicines. A business integration, which Narayanan believes, will help them add to the plethora of their existing suite of services (read express deliveries and next-day deliveries in Bengaluru and soon in more cities.)

That the healthcare startup has outgrown its role in the e-pharmacy space is more than evident. It is, in fact, a promising player in the Indian healthcare market, where online penetration is still very low and which is estimated to be worth $100 billion by 2024.

In the words of Ananth, theirs is a 360-degree range of services as Medlife emerges as an e-health company, and not just an e-pharma service provider.

Last year, Medlife recorded sales to the tune of Rs 700 crore. The plan is to double the number this financial year. Meaning, fresh fundraises, strategising, and everyday execution – operational elements that Ananth says are anyway an integral part of a startup’s successful existence.

However, what really matters in his opinion, is “having an engaged and energised team and executing well on the ground every day”.

His top priorities in a startup are its team and its culture, both of which together are not only capable of taking on and overcoming unforeseen challenges but also ensuring faster execution. Time, after all, is of the essence when you are a startup looking to scale into a billion-dollar business.

According to founding duo Tushar Kumar and Prashant Singh, at Medlife, they are currently in a stage where they are looking “to build this from a $200 million business to a $2 billion-plus business over the next five years”.

And who better to shoulder this responsibility than the former Myntra CEO, who had a similar experience scaling business at the fashion ecommerce startup. He helped it touch an annual run rate of nearly $2 billion in terms of the gross merchandise value (GMV) in 2018.

Ananth, with his multiple years of experience across domains and with a recent history of strategic investments in the startup community – he has invested in businesses including Vogo, Unacademy and Curefit – comes with more than just experience. He brings with himself an insight and an understanding of the importance of a well-oiled team and the company culture.

He is also high on learning. As he transitions across industries and the various startups, he has gathered bits and pieces of mantras that are highly effective in terms of real-life application. Take for instance his advice when it comes to making an investment – look for two things, he says, a large market and a good leader.

But above all, what hits the jackpot, is his simplest mantra.

“You have to celebrate successes, right?” he asks, before quickly adding, “You also have to support failures.”

[UpClose] From housewives to entrepreneurs: Vidit Aatrey of Meesho on creating an alternative d...