RedSeer said customers preferred fashion on Flipkart due to heavy discounts, and electronics on Amazon because of lower price and faster delivery on Prime

The six-day ongoing festive sale period of competing ecommerce majors – Flipkart and Amazon, has generated over $1.8 billion of gross merchandise volume (GMV), according to a consultancy firm.

According to RedSeer Consultancy, the consumer sentiment has been bullish and the sale momentum was on the expected lines by Flipkart and Amazon. As in the past, mobiles dominated the festive period sale accounting for 55 percent of the GMV. There has also been a strong growth in electronics and fashion segment.

As Amazon and Flipkart go all out for festive sales, here's how 2019 is panning out for the eco...

The festive sale by Amazon and Flipkart started on September 29, and will end on October 4. This year, the scenario has been different from the previous years due to certain regulatory overhang and a curb on discounts.

On the 2019 festive sales, Anil Kumar, Founder and CEO, RedSeer Consulting, said, “The first three days have been a strong success for etailers despite challenging macro environment, indicating that consumer sentiment on online shopping remains bullish. We expect the industry to continue to do well in the remaining days of the sales event and achieve 80-100 percent of the RedSeer forecasted numbers for the whole six-day event.”

RedSeer had forecasted that sales would touch around $3.7 billion during this period. In this year’s sale, the focus has been on the buyers from Bharat, that is consumers in the Tier II & III locations and beyond by both Amazon and Flipkart. Now, all indications have shown that high share of customers have come from smaller cities attracted by wide selection, offers and fast deliveries.

On the competitive scenario between the two players, RedSeer said that customers preferred fashion on Flipkart due to heavy discounts, and electronics on Amazon because of lower price and faster delivery on Prime.

For the last five years, the festive sales period has always been a crucial moment for the Indian e-tailing industry, with key metrics showing a significant jump compared to the non-sales period.

Railways addresses 1.25 lakh queries on its helplines in 10 days of lockdown 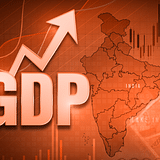