[The Turning Point] From a near shutdown, Zoomcar zoomed its way to becoming India’s first vehicle rental startup 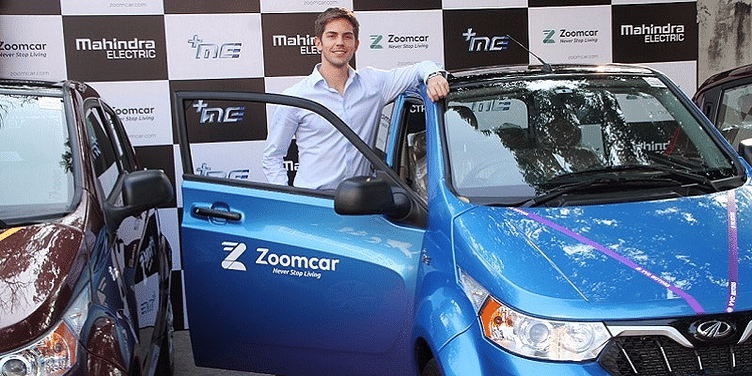 The Turning Point is a series of short articles that focuses on the moment when an entrepreneur hit upon their winning idea. Today, we take a look at online vehicle rental startup Zoomcar.

Turnarounds are always inspiring. Especially if it is just a day away from shutdown.

“I was a day away from shutting down everything, returning the seed capital that I had raised from the investors, and going back home,” recalls Greg Moran, Co-founder, Zoomcar. This was in December 2012.

Greg Moran and David Back, who studied together at the University of Pennsylvania, had come to India to start a business, and had zeroed in on the idea of Zoomcar.

An investment banker, Greg was always intrigued and interested in the Indian market. So, he took a leave of absence from his Wall Street job, and decided to explore India.

After arriving in India with David, the duo realised the potential for car rentals. The two had, in fact, also dabbled with the idea of starting a company in the renewable energy space, but later decided on the transportation sector.

Greg believed the transport sector in India needed disruption, and in 2011, he and David conceptualised Zoomcar as an hourly car rental platform. But they soon realised that while there was a strong business potential for car rentals, there were several infrastructural challenges.

While owning a car came with a certain snob value, there were also many who said having such an asset was a waste of money. “We actually beat Uber by a couple of months. Ola was already present in the market, and they were following a taxi aggregation model,” says Greg. Apart from this, there were Meru and Mega Cabs.

To start car rentals, Zoomcar first had to get a licence, but it couldn’t get one. This was primarily because the Contract Carriage Permit needed the startup to have yellow board licence plate vehicles. And Zoomcar didn’t have a fleet. They needed to tie up with an owner of a fleet soon.

By this time, they had already raised seed funding and had tied up with several car makers. “I had put in all of my savings into Zoomcar, and it was suddenly a make-or-break situation,” says Greg. The only way out was to work with an existing player that already had a licence.

“At that point in time, there were five of those (in Bengaluru),” says Greg. Four rejected Zoomcar outright, and it was down to the wire as they met with Ramesh Tours and Travels. If that didn’t work, it meant going back to the US.

Greg says, “I did not book a return ticket (to India). I had one final meeting with Ramesh. We agreed on the terms and worked out a licensing agreement. I went back to the US the next day, but I could come back and that was a relief. It was extremely nerve wracking and very stressful because it would have been awful to return money to investors before starting a business.”

Over the past five years, while Zoomcar has continued to rent out cars on an hourly basis, it has also brought in several changes. Today, one can have a car delivered to their location.

Greg says, Zoomcar runs on a different model, and the focus is on customers who want the freedom of having a car any time they require, for a longer duration.

Today Zoomcar offers services across 50 Indian cities with a fleet of over 10,000 vehicles. It has raised $85 million in funding. With 75 percent occupancy and 1.5 million app downloads, Zoomcar says it is India’s largest app-based self-drive car rental company.