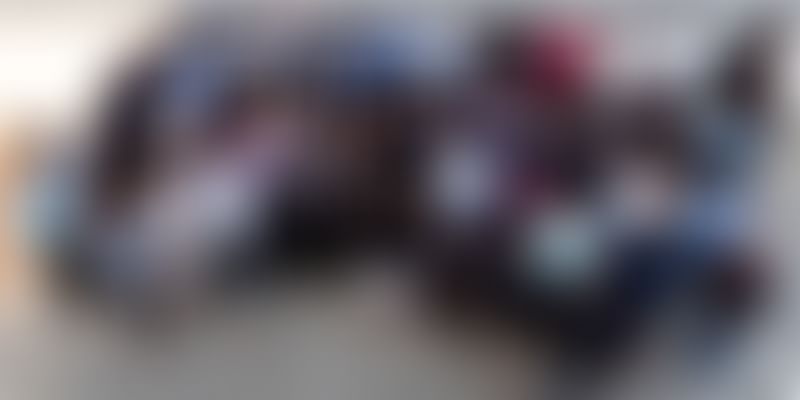 The Turning Point is a series of short articles that focuses on the moment when an entrepreneur hit upon their winning idea. Today, we look at Locus.sh, the Bengaluru-based automation startup for logistics planning and supply-chain.

Nishith Rastogi was working with Amazon India in Bengaluru before starting Locus. Here, he was working on AWS’ machine learning and credit card fraud. During his stay at the startup capital of India, Nishith’s sister planned to visit him, and she was supposed to arrive late in the night. It was 2014, the time when the infamous Uber Delhi incident took place.

Speaking to YourStory, Nishith, Co-founder and CEO of Locus.sh, says, “An irrational fear gripped me as I was extremely worried about her safety. I kept calling her every 10 minutes to check on her.”

At the time, Nishith and Geet Garg, now CTO of Locus.sh, were building Pinchat, a platform dedicated to build communities.

The making of an enterprise: How Locus created a work culture that spurs innovation and growth

Delving a little deeper, they realised a massive opportunity in unifying logistics with automation. And this led them to start Locus.

The objective was simple - to automate and optimise logistics operations with technological solutions of scale and reliability. Being the unorganised market that it is, the common and obvious challenges for companies in the space were scheduling, managing, and tracking the operations.

“The technology that existed was not up to the mark. With Locus, we wanted to offer end-to-end logistics automation and minimise human intervention at every mile of the supply chain.”

Started in May 2015 by BITS Pilani alumni and ex-Amazon employees Nishith and Geet Garg, Locus has today evolved into a holistic B2B enterprise platform. Nishith says the company wants to reduce the element of human decision making in the moving of a package from point A to point B.

Some of its prominent clients in the Indian market include Delhivery, Urban Ladder, Quikr, and Lenskart.

In May this year, Locus secured $22 million in its Series B round of funding,  led by Falcon Edge Capital and Tiger Global Management, and also saw participation from existing investors Exfinity Venture Partners and Blume Ventures.

The deal took the valuation of the company to nearly $100 million, and the total funding amount added up to $28 million. Nishith says the startup will soon touch $10 million in annual recurring revenue.

[The Turning Point] It didn’t take a scientist to figure it out: Manish Patel on how he got the...