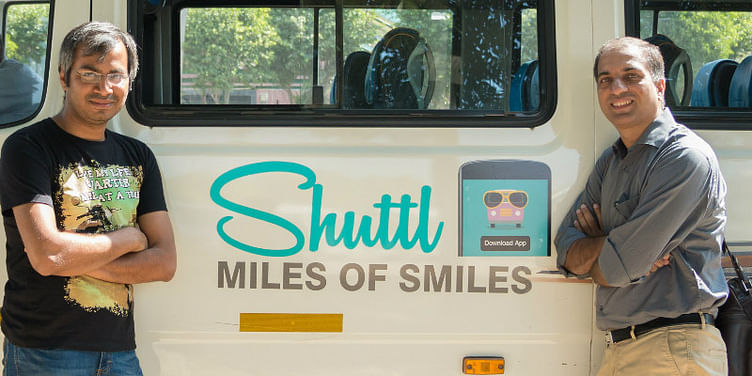 The round comes as part of Shuttl’s ongoing Series C round. With this, the Sequoia-backed bus aggregator is reported to be valued at $200 million.

Bus-shuttle service startup Shuttl has raised around $18 million (about Rs 128 crore) from Japan’s SMBC Trust Bank (acting as a trustee of Mirai Creation Fund II) and Toyota Tsusho Corporation, a unit of Toyota Group, according to the company’s filings with the Registrar of Companies.

The round comes as part of Shuttl’s ongoing Series C funding round, and, with this, the Sequoia Capital-backed bus aggregator is reported to be valued at $200 million.

Founded by two IITians—Amit Singh, Co-founder and CEO, Shuttl, and Deepanshu Malviyia, Co-founder—in 2015, the startup completes over one lakh rides daily and operates over 1,800 buses in Delhi-NCR, Kolkata, Pune, Mumbai, Hyderabad, and Chennai.

The company, which has clearly been on an upward spiral, recently announced the launch of its first technology and innovation centre in Bengaluru, where it plans to on board over 100 employees by the year-end.

Backed by other investors such as Lightspeed Ventures, Amazon, and Dentsu, the startup has recently been on a funding spree. Only in April this year, Super Highway Labs, which runs and owns the bus aggregator platform, had raised Rs 41 crore (as part of Series B funding) from a slew of investors led by Proof.VC.