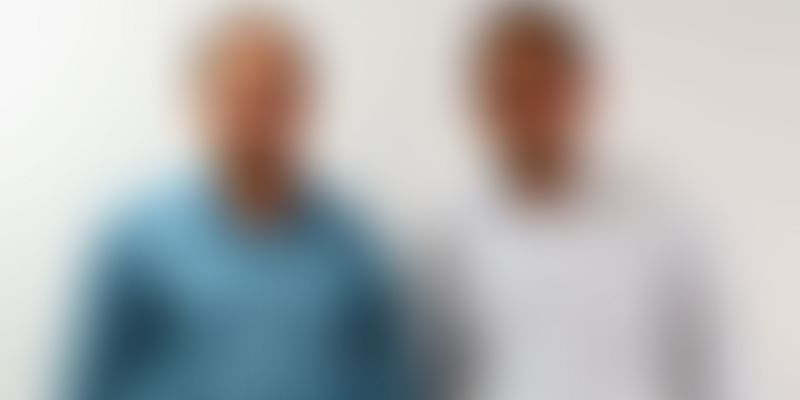 Indie, or independent, content does not have the reach it often deserves because of limited budgets. This is where Gurugram startup Pickurflick wants to make a difference with its omnichannel offerings.

Today’s audience is on the constant lookout for diverse and refreshing content that does not conform to mainstream standards. In the current OTT era, that is typically not a tall order, but finding quality independent, or indie, entertainment is still proving to be a bit of a hunt.

Passionate about cinema and driven to bring diverse indie content to the audience, college friends Abhishek Sinha and Arun Rathi teamed up to start Pickurflick.

“People did not have access to differentiated or offbeat content; there was no discovery-delight quotient. On the other hand, independent filmmakers did not have the bandwidth for distribution due to lack of funds and different market complexities,” says Abhishek, Founder and CEO, Pickurflick.

The Gurugram-based startup, with an office in Bengaluru, functions as a discovery and distribution platform for curated independent cinema. It curates and distributes award-winning and differentiated content across formats (feature, shorts, documentary, web series, indie music, etc.) through tech-enabled platforms.

Pickurflick is an omnichannel distribution platform with a presence on the web, TV, and other diverse mediums. The platform claims to focus on a range of entertaining and diverse vernacular and global content with high discovery quotient for both OTT players and consumers.

Abhishek and Arun met 16 years ago while pursuing an MBA. After completing their studies, both went on to pursue corporate jobs, only to come back together after 11 years to float their venture.

To begin with, the founders kicked off operations in the form of a part-time project, developing an online platform to address the demand for indie entertainment and selling exclusive DVD/Blu-rays of various titles across the country.

Starting in mid-2016, the focus remained on physical media as streaming services were still coming into their own and were not affordable for a large section of the population.

“We discovered that, though the demand was niche and the awareness around such platforms was limited, users were curious and passionate about their cinema. This was the initial validation of the idea from the audience,” says Arun, Co-founder and Chief Business Officer, Pickurflick.

Meanwhile, as online streaming gained steam in global markets, the founders started building upon a similar idea. “However, this was met with a lot of scepticism when we started testing it with potential investors as they felt that streaming would not work in India due to bandwidth and costing issues. Nevertheless, we continued working on the idea while working at our day jobs,” Arun recalls.

But soon came the success of Hotstar and Netflix India. “We thought it was the right time to take the plunge as online streaming had become a reality, and we sensed that creating a unique content platform would be of value to both OTT players and viewers and it was going to be all about content from thereon,” Abhishek adds.

The startup now conducts offline and online international film festivals to celebrate independent filmmakers and indie cinema. It conceptualised its first festival property, the ‘Pickurflick Indie Film Festival’, in 2017, which it claims is India’s first offline-to-online film festival in the indie space.

The startup has partnered with UniFrance to bring their internationally renowned online film festival, ‘My French Film Festival 2018’, to the Indian subcontinent. This film festival runs in 190 countries across major OTT platforms for a period of one month.

“Pickurflick was the only Indian platform to host this film festival in the sub-continent this year,” Abhishek says.

Pickurflick is a lean team currently, and many of the operational tasks, including festivals, are handled jointly by the founders themselves. Abhishek primarily focuses on content acquisition and product development while Arun works on the marketing, corporate strategy, and finance for the business. Suneel Khare acts as a technical advisor.

“At the end of 2017-18 we were able to successfully onboard 500 titles for Pickurflick,” Abhishek tells YourStory, adding that the startup is in the process of building the world’s largest database of indie film titles called ‘Film List’, which users can browse to learn more about films and watch select ones for free.

A growing love for indie

Pickurflick’s target audience are members of the 18-55 age group based in metros and Tier-I cities who enjoy exploring cinema on the internet.

“The platform also attracts international users; an average 30 percent of our users are from outside India,” says Arun.

Apart from the offline outreach, such as film festivals, Pickurflick has an active and growing follower base of 33,000+ across its social media platforms.

“Our marketing has largely been organic till date with limited spends on campaigns,” adds Arun.

Pickurflick is currently a web-only platform and plans to launch its app by mid-2020. Its content ecosystem claims to have a 2X year-on-year growth.

Pickurflick, which has been bootstrapped so far, claims to be revenue-positive.

“We wanted to build a business on a solid platform before raising institutional capital. It was important for us to validate the business model and the USP before we scale up. We are currently planning to raise our pre-Series A round,” says Abhishek.

As far as revenue streams go, he adds, “Being an aggregator and omnichannel distributor, we are focusing on the B2B revenue stream by partnering with TV, OTT, and mobile players. While some B2B partnerships are in the works, Pickurflick has already launched a Roku channel for North American markets earlier this year and has also tied up with Qyou TV in India, which airs Pickurflick shorts every Thursday.”

On the B2C front, Pickurflick is working on a hybrid freemium model with both ad-supported content and subscription models for monetisation that would be launched post funding. Its current B2C model offers free content as well as premium pay-per-view content that is available for 72 hours for a one-time payment.

“Brand partnerships for our online festivals and exclusive branding on the platform as well as events form the avenues of revenue,” says Arun.

At present, Pickurflick has 1,000+ titles, with access to onboard another 1,000 titles over the next six months. The startup claims it has created an ecosystem of 15,000+ content creators across the globe with a 30 million+ digital reach.

With two film festival properties and three editions conducted so far, Pickurflick is adding one new film every day on its platform. The startup plans to cross 5,000 titles over the next two years with an overall audience reach of 50 million+.

“Pickurflick is focusing on building and nurturing the ecosystem of indie content creators to source and acquire content directly from them on a partnership model, thereby keeping the content acquisition costs low,” Abhishek says, adding that locally they don’t have direct competition.

“We are gradually working towards exclusive content, and the aim is to become the go-to platform for indie content. Independent content in general has had limited visibility even within the countries where it’s made; there is huge untapped potential for cross-pollination of such content across the markets,” explains Arun.

Pickurflick is also a part of the first cohort of Silicon Road Ventures Accelerator, a four-month intensive programme.

Why are Telecoms moving to OTT apps?