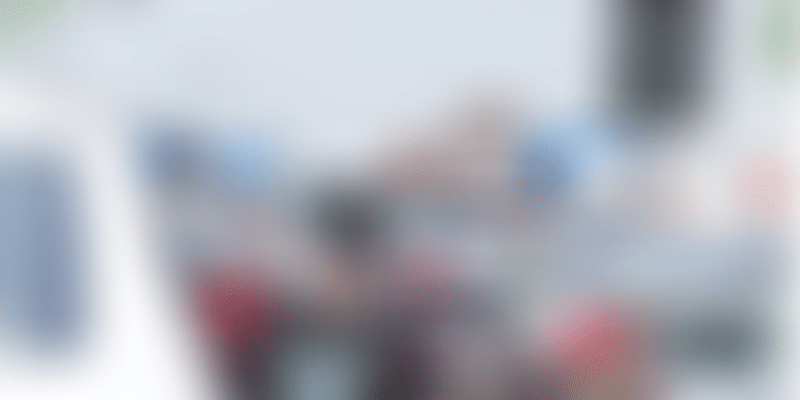 Indian roads are considered the most dangerous in the world. In 2017 alone, 4.64 lakh crashes claimed the lives of 1.47 lakh people and injured over 4.7 lakh people. Proper implementation of the enhanced fines under the Motor Vehicles Amendment Act (MVAA) will augur freedom from road crashes.

In early August, Ajitha, a healthcare worker and mother of two from Kerala, decided to take her elder daughter Revathi shopping. The mother-daughter duo left home around 7.30 pm on a scooter. Near Parayanchery at Mavoor Road, Ajitha lost balance as her scooter hit a waterfilled pothole, and both of them fell on the gravelled road. The 44-year-old mother was run over by a passing lorry and killed on the spot.

Revathi who studies in China, was set to travel back. She suffered serious head injuries and is undergoing treatment even as she copes with the insurmountable loss of losing her mother right in front of her eyes.

On investigation, it was found that the pothole responsible for the crash was a result of the Kerala Water Authority’s (KWA) shoddy restoration work. The KWA had dug the road to fix a pipeline leak but had left it incomplete. An assistant engineer from KWA was held responsible and arrested in the case but was later released on bail.

Littered with black spots that cause fatal crashes daily, Indian roads are deemed one of the most dangerous in the world. Unsafe road features such as sharp curves, potholes and steep grades have proven to be quite deadly. For instance, data by the Ministry of Road Transport and Highways (MoRTH) reveals that potholes claimed 3, 597 lives in 2017. This is a 55 percent increase from 2016 figures. Given the fact that nearly 10 people die every day due to faulty road construction or poor maintenance in the country, the need to increase accountability of road designers and engineering agencies has been long overdue.

Now, with section 198A of the Motor Vehicle (Amendment) Act, 2019 in place, there has been a sincere attempt to address this vital issue. This section ensures that erring authorities can be legally charged for failing to comply with the standards for road design, construction and maintenance.

While the focus has been on enhanced penalties, the more significant shifts and transformations that the Act seeks to bring through systems-related reforms have been largely side-lined and grossly understated.

For instance, MVAA ensures the establishment of a centralised, digitised licensing system for streamlining distribution and renewal of driving licences and the maintenance of a National Register for Driving Licences (Section 25A).

The law also prescribes electronic enforcement to make the entire process efficient and “contact-free”. This enables authorities to leverage advanced equipment such as speed detection cameras/guns or radar/laser-based technologies to identify violations at a larger scale while also reducing human interference and associated errors. Section 210B, which doubles the penalty for a violation by enforcing authorities, further ensures legitimate execution of rules by officials.

These provisions under MVAA have the potential to make enforcement processes more transparent and accountable to the people by empowering commuters with certain rights. One of these new rights is the legislative backing provided to the Supreme Court-instituted Good Samaritan Law, which insulates people from legal and procedural hassles should they assist an injured person on the road.

There has been widespread concern regarding the increase in fines brought by the Act. Considered to be a step that might allow for more corruption, many people have expressed displeasure towards revised penalties. However, it is important to realise that strategic integration of technology with law enforcement can effectively minimise human intervention, thereby reducing the incidence of such practices.

Various sections of the Act pertaining to fines have come into force from September 1. As stated by the Union Minister Nitin Gadkari (in a response to a question in Rajya Sabha), 15 states in India have already implemented the e-challan system that allows traffic offenders to view complete information on the violation committed by them and pay fines online.

Such contactless enforcement leaves little room for arguments or other engagements with any mediating officer and checks bribery. Some States like Maharashtra, Delhi and Karnataka have also begun installing high-resolution cameras at traffic junctions in their cities to record and relay violation feeds to control centres automatically.

Besides contactless enforcement, simple technology like body cameras worn by traffic police in Kolkata, Vadodara and Vishakapatnam can be effective in the enforcement of road safety laws.

Another aspect to consider while looking at the rise in fines is that they are penalties and not taxes, which means that the citizens should not have to worry about paying them unless they intend to break any traffic rules. Violations like speeding, non-usage of a helmet, non-usage of a seat belt, non-usage of a child safety system and distracted driving are known killers on our roads. The act multiplies the fines by 10x for speeding or racing (section 189), non-usage of helmets (section 194D), and non-usage of seatbelts and/or child restraint systems (section 194B), among other provisions like stricter penalties for drunken driving (section 185) and dangerous driving with probable imprisonment (section 184). Through these provisions, the MVA Act 2019 not only aims to protect road users against risk factors but also plans to discourage the culture of negligence by road users to prevent further loss of lives.

This TCS Foundation-incubated startup is building shared mobility for corporate campuses and to...