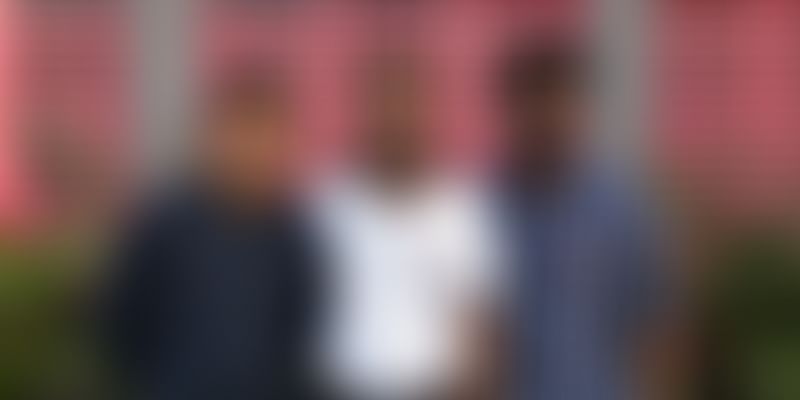 A homemaker's job is often overlooked and unappreciated. Despite their selfless contribution to their family, people often forget to appreciate their effort.

When Abhinay Jain, former AVP and City Head of NestAway Technologies, visited his hometown Bhilai in Chhattisgarh in 2017, he saw the women in his family had started to use smartphones. “They asked me if there are kitty-party like games they could play during their free time,” Abhinay recalls.

“After doing a considerable amount of research, I realised how under-represented Indian homemakers were on the internet, and how this could be a massive opportunity,” he says.

Once back in Mumbai, Abhinay started working on the idea. And thus, social contesting network Bakbuck was founded in August 2018. The platform offers daily interactive contests like Antakshari, Kitna Sahi Kitna Galat, Mini KBC, and other infotainment games for its users.

Targeting Indian housewives, Bakbuck allows its users to discover and share content in their regional languages (currently available only in Hindi), participate in community polls, and discussions.

“Indian housewives undergo a lot of stress while taking care of their family. We wish to provide a way for them to relax in their short breaks from domestic chores,” Abhinay says.

In May 2019, the Mumbai-based startup also received an undisclosed amount of funding from gaming platform Nazara Technologies.

Abhinay was attending a Google Day event in Mumbai while trying to launch the Minimum Viable Product (MVP) for Bakbuck when he met full-stack developer, Shashank Kakrecha, and app-developer Rohit Naidu.

“At the time, Shashank and Rohit were working together on a project for B2C (that is yet to be launched). Given our common interest and understanding of users combined with complementary skill sets, we were sailing on the same boat within six months,” Abhinay recalls.

It’s parent company – Khichadi Technologies Private Limited, was incorporated on May 24 2018 in Mumbai.

Currently, the team has nine people working for it, with the majority of them working in the tech department.

“It all started as a Facebook page where homemakers could play Antakshari-type contests. It then evolved into a full-fledged online contest and a competition app,” Abhinay says.

Once a user registers with Bakbuck, they can play online contests or games during their free time. Presently, the app is free to use. “We have few selective products listed on the app which users can buy like on any ecommerce website,” Abhinay explains.

“As we are going after a very different market segment, we have to work much harder to define the category that falls somewhere in between "social" and "gaming". It leads to several challenges such as benchmarking, communication, and product development. We look at things in a way that helps us in overcoming these challenges and develop India-focussed solutions,” he adds.

According to the founders, Bakbuck currently has 1.5 lakh monthly active users, with 10,000 daily users from Jaipur, Rajasthan.

“We have more than three lakh app downloads, of which Jaipur, Indore, Lucknow, and Ahmedabad account for 60 percent of our total users,” Abhinay adds.

According to a study by KPMG in India and Google, ‘Online gaming in India: Reaching a new pinnacle’, the Indian online gaming industry will add 190 million gamers and become a $1 billion opportunity by 2021, from $290 million in 2017.

Bakbuck competes with all interactive entertainment or engagement platforms including Facebook, ShareChat, and TikTok.

The platform is targeting around 60 million Indian housewives, and the number is still rising.

Bakbuck gets validation about its product from its users. For instance, a woman called the company’s customer care service to report an issue with the server as it was down for half an hour. When informed about the issue, she said,

“Arey phir to aaj ki dopehar bore ho jayenge, jaldi theek kariye (I will be bored this afternoon, please get it fixed soon).”

“It was the biggest validation we got that our users love the app,” Abhinay adds.

Bakbuck has been receiving good inbound interest from investors as well.

“Our vision is to build India’s largest social contest playing community, and in the short term, expanding to 10 more Indian languages,” Abhinay concludes.