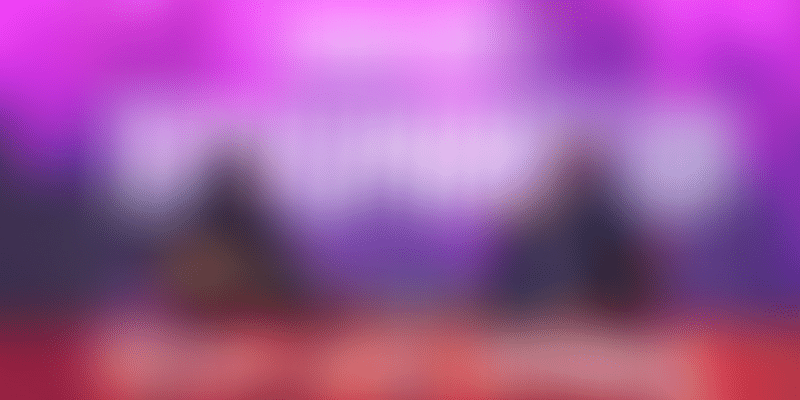 Amidst much fanfare, the who’s who of the Indian entrepreneurial ecosystem came together on Day 1 of YourStory’s flagship event TechSparks 2019.

The first day of the tenth edition of India’s largest startup conference featured scintillating conversations, insightful workshops, an impressive lineup of startups, and even a touch of stardom. Attended by over two thousand people, the theme of this year is 'India 2025 - Inclusive, Future-ready, Intelligence-led’.

We started the day with a keynote by Ashwathnarayan C N, Deputy Chief Minister of Karnataka, and Minister for Higher Medical Education, IT and BT, Science and Technology, who shared the innovation story of Karnataka.

“Today, when there is a concern about the economy and jobs, startups are doing a fabulous job in generating employment. Reports suggest that the Startup India initiative has created nearly two lakh direct jobs since its inception in 2016.”

TechSparks 2019 is finally here to celebrate the spirit of entrepreneurship

"I've said this before that everything that has happened on the Indian internet is because of the Bansals and Bhavish. I am in the shadow of these giants in my journey from 'Zero to One'."

TechSparks 2019: What the doers of the Indian startup ecosystem are up to (and other top storie...

“It is never too early to reach out to Sequoia but entrepreneurs should be authentic about their work. Say it like it is. The minute you try to sugar coat it, the investors will see it through. ,” advised Rajan Anandan, Managing Director of Sequoia Capital.

Rajan, who has been associated with the likes of McKinsey & Company, Microsoft, Dell, and Google, said that the founding team of a startup should be deep into the problem and really passionate about it.

In the next big step for innovation, Global Innovation Alliance, Bangalore, was launched, forging a partnership between Singapore and India. S Iswaran, Minister for Communications and Information and Minister in charge of Trade Relations of the Republic of Singapore, took to the stage during the launch, saying,

"Indian startups will be plugging into a global network, which will add great value."

During the launch, government agency Enterprise Singapore signed Memorandum of Understandings (MoUs) with YourStory, TIE Global, and Anthill, among others.

Then, we had Bollywood actor Tapsee Pannu, who told us how to be a self-made woman, the connection between startups and actors, what led to her acting career, and more.

“If we need to take the longest jump of our lives, we need to first accept that we need to restart,” she said, on her biggest learnings from acting on her instincts and donning many hats.

Naveen Tewari, Founder and CEO of InMobi, shared his startup journey and the many failures it took him to succeed. Fittingly, he laid emphasis on how to deal with such difficult times and said,

"We have to learn to promote failures. If people or innovators in a company are failing, they should not be out of the company. You can't keep people out because they are trying to push themselves to do things that are very different. Creating innovation is actually hard.”

Varsha Tagare, Managing Director at Qualcomm, travelled all way from the US and talked to us about what the investment firm is eyeing for in the Indian startup ecosystem.

According to her, Qualcomm's interest lies primarily on core tech, robotics, Internet of Things (IoT), Mobility led Venture, and security based ventures.

Putting the B2B marketplace in perspective, Amod Malviya, Co-founder of Udaan said that their venture is powered by small and medium businesses.

"There are 50 to 60 million small business entities, and we are providing a way for them to earn more and have get more returns on their capital. Our growth and scale are a byproduct of that. We are not changing their life," he shared.

Meanwhile, Michael Copeland, a startup strategist at Amazon Web Services (AWS), said that the trick to tickle a customer's taste buds is to convince them why a company's product or service matters and the problem it can resolve.

And to startups hoping to be acqui-hired or merged, Vikrama Dhiman, Head of Product at Gojek said, 'identify markets that are at the cusp of growth.'

"In 2015, we launched flagship products catering to diverse sets of customers likely to become passive investors and that journey got us to evolve our product journey.''

Today also saw discussions on healthcare and how it can be powered by the much-talked-about artificial intelligence, the future of electronic mobility, and taking innovations across borders, among many others.

Deepak Visweswaraiah, Senior VP and MD, NetApp, said that data remains at the core of AI applications for healthcare given that it is well-protected. And picking at the human versus AI conundrum, he remarked,

"I believe there is place for robots as well as humans in healthcare. We should leverage the technology and not worry if they will take over."

TechSparks 2019: Create a product niche before setting out to brand your startup, says Meeta Ma...

What's a day at TechSparks without some healthy, passionate, and informative panels?

Hari added that Great Learning's growth was slow because the startup has been cautious of cracking the right business model.

Wrapping up the day was the launch of Big Billion Startup, a book that charts the untold story of Flipkart, by Mihir Dalal. A book, which took a whole year to write, will also be adapted into a movie.

And we’re not done! There’s more to come tomorrow. You can find the full agenda for Day 2, head here. You can also follow us on Facebook, Twitter and Instagram for a blow by blow coverage!