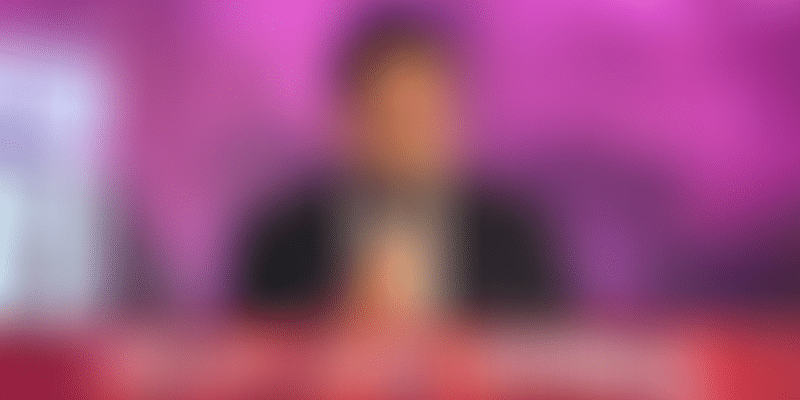 At a fireside chat at YourStory's TechSparks, Nithin Kamath of Zerodha shares how the Bengaluru-based startup will reinvent India's trading system by targeting current non-investors.

Speaking at TechSparks, YourStory's flagship event, Nithin Kamath, Founder and CEO of Zerodha, revealed that the startup is in talks with US brokerage firms to enable Indian users to invest in US stocks. If this pans out, investors in India would be able to put their money into companies like Google, Apple, and Facebook, using the services of the Indian financial service company.

Nithin said the feature should be available in three to four months on the Zerodha platform.

Bengaluru-based Zerodha started operations in August 2010 with the goal of breaking all barriers traders and investors face in India in terms of cost, support, and technology. The company claims to have more than 1.5 million clients placing millions of orders every day through its investment platform, contributing over 15 percent of all Indian retail trading volumes.

It also runs a number of popular open-online educational and community initiatives to empower retail traders and investors. It also has a stake in the startup ecosystem with Rainmatter, a fintech fund and incubator, which has invested in several fintech startups with the goal of growing the Indian capital market.

At TechSparks, in a fireside chat, Nithin shared that Zerodha was looking at reinventing the wheel in India's trading system by creating a product that would cater to a larger market by 2025 and target those who are currently not investing.

Nithin said that the current focus of the company was traders. He shared that, as of date, the company was unable to solve the problem of getting a larger section of the population to build an investment portfolio.

"In the next five years, we want to be able to solve that problem by creating a product that helps people with investing and reduces volatility for them," he said. He pointed out that India has a population of more than 1.3 billion, and the number of people who can potentially invest in the market number 30 to 40 million.

The Founder-CEO takes pride in not only having avoided any external funding so far, but in also having built each and every element of the company in-house, from the email system to the CRM. One of his key learning in the past nine years, Nithin said, was that building something upon a vendor's product was a totally flawed concept.

"Some of the vendor products we used in initial years caught up with legacy issues. The key learning from this was that, as you grow as a business, these things can slow you down significantly," he said.

Earlier this year, Zerodha was in the news for technical glitches on its platform. On this, Nithin said that in other businesses, if a site like an ecommerce or other platform was down for five minutes, the user could pick up where they were cut off.

"But, in trading, if you are down for five minutes, all hell breaks loose," he said. And, that's why, he stressed, "whatever possible, at least those things core to your business, build on your own."

Nithin said that as he was averse to any external dependency, Zerodha has been bootstrapped from day one. He said, initially bootstrapping was not a choice as it was hard to raise external funding. But, later on, he found that avoiding external funding meant, "we can do whatever our guts say is right for the business. That why we have been seeing success."

He added that most of the startup's competition were raising millions of funds and pouring a large chunk of it into marketing and advertising, which Zerodha does not need. "We have no marketing costs because it's just not about creating an account. The company aims to help investors grow their investments," he said.

"I also believe the real marketing and advertising comes from an active customer. In trading, no one wakes up one day and says 'I want to trade'. There is a kind of intangible network of everyone who invites others to start investing. So, if this network is saying good things about you, you automatically win, without much advertising or marketing," he added.

Nithin recounted that he was introduced to the markets by his friends when he was 17-years-old, initially trading in penny stocks. He dabbled in trading stocks for a few years and took the biggest gamble of his life by starting Zerodha in the middle of a trading lull in 2010, he said.

Is Zerodha looking to IPO anytime soon? Founder-CEO Nithin said, "Someday in the future for sure. The company will do it only if it feels that it can set a right example of an IPO."

Nithin said that in the past few years, most companies, by the time they rolled out their IPO, had already juiced out on the valuations, leaving hardly any value on the table.

"So, IPOs have generally not made money, not just in India but around the world. I think what founders have to keep in mind is that an IPO is not the end but actually the beginning. We need more companies to set the right examples of IPOs, and we want to be the right example," he added.

The entrepreneur said that Zerodha is very NIFTY-dependent and its revenue were closely tied up with the market indexes. In FY19, it reported revenue of Rs 850 crore and profit of Rs 350 crore.

"So, we need to first reduce our correlation with the market indexes by launching a lot of newer products, and we need to have a product that not only caters to seven or eight million people but also those 30 to 40 million who are not investing in the market today. And, when we have cracked these problems, it would probably be a good time for an IPO," he added.

TechSparks 2019: Sequoia's Rajan Anandan urges startups to be authentic, look at sectors where ...