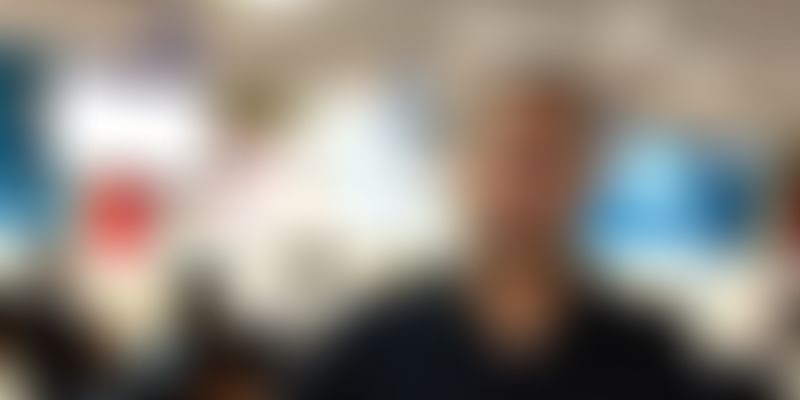 Delhi-based mobile repair, refurbishing, and reselling services company Yaantra has grown 240 per cent in six years and raised over $12 million. It now aims to create a connected device ecosystem and expand its retail network.

When Delhi startup Yaantra set up shop in 2013, its three co-founders Jayant Jha, Ankit Saraf, and Anmol Gupta were barely into their mid-20s (23, 24, and 25 years respectively). Six years since inception, the trio has managed to convert their mobile repair, refurbishing, and reselling services into a Rs 200 crore business.

A business that started with the co-founders putting in Rs 5 lakh each, turned profitable in six months and has seen 240 percent growth (compound annual growth rate) in the last six years, having raised over $12 million till date.

So, how did these young men script this impressive growth story?

Jayant, the youngest of the co-founders who turns 30 years old this November, says, “Most companies were into ecommerce when we started. The reason why people shop online is the discount; that is a large driver. We decided that we are a services company and offering discounts is something we will not do.”

Instead, the company decided to focus on targeting a niche segment that would be ready to pay a premium for services. Thus Yaantra started with a plain vanilla repair service model for smartphones, where they would pick up, repair, and deliver.

When they started, the minimum delivery fee for Android was Rs 300 and for iPhones, Rs 1,000 . Today, however, thanks to increased volume and economies of scale, that fee has come down to Rs 199 (Android) and Rs 300 (iPhones).

Until 2016-17, the company focused on just repair and service. “After-sales service with most smartphones companies was messed up at that time. We, on the other hand, guaranteed you the time. If you break your screen, our guy will fix it there and then; we would be at your doorstep within two hours. On-site repairs would be done in 30-40 minutes, and, in case of factory repairs, the job would be completed in 2-3 days,” Jayant says.

Convenience, guaranteed data security, and post-repair warranty were part of the company’s pitch. Affordability was the other hook, he adds.

“If the PCB (printed circuit board) has a problem, the company will change the entire circuit board for Rs 10,000. But we have the ability to repair it for Rs 2,000,” Jayant points out.

Yaantra’s service centre in Delhi’s Kirti Nagar is powered by a technical team that is adept at rebuilding circuits, changing chips, and high-end engineering.

From repair to refurbishing

Today, this part of the business is the major contributor to the company’s revenues, contributing as much as 80 percent. While margins are higher in the servicing and repair business, the ticket size and volumes in selling refurbished phones are much more in comparison.

“Nobody did the leg work of creating quality in the used products market. We don’t claim to be the cheapest in the market but our quality is definitely way higher,” Jayant says.

About 80 percent of the company’s sales happen through its offline retail network. The rest of the sales pie comprises yaantra.com, Amazon, and customers who come in for repair and end up buying.

Yaantra claims to be the leader in the refurbished smartphones market. It works with 35,000 retailers across 600 towns and cities in India.

One of company’s differentiators is the fact that it offers a warranty and after-sales service, something that is rare in the used smartphone market.

The refurbished smartphone market in India is pegged at around $7 billion and expected to grow to $10-12 billion by 2022.

Commenting on competition from the likes of PreLoved Device, a recent entrant in the refurbished smartphone market, Jayant says, “It is a good thing if multiple people are doing it. It means there is big consumer interest.”

He is, nevertheless, clear that Yaantra has an edge over the others, since it has its own refurbishing and after-sales centre. The company processes (including repairing and selling) nearly 65,000 smartphones in a month, and has served 1.6 million customers.

Yaantra also has a platform called Phone Cash, which is available on both Android’s Play Store and Apple’s App Store, where customers can sell or upgrade their smartphones. The platform also offers real-time diagnosis of phones and quotes a price to the customer.

Yaantra aims to enable customers to exchange or urpgrade to new phones in the next six months through its retail network, utilising the Phone Cash platform for retailers. With a vision to expand its refurbished portfolio, the company is currently doing pilots to sell refurbished Apple watches and Samsung Gear.

It wants to create a connected device ecosystem, bringing on its platform the likes of Google Home and Amazon Echo devices by the next fiscal year. In the same period, the company also aims to expand its retail network from the current 600 cities to 800.