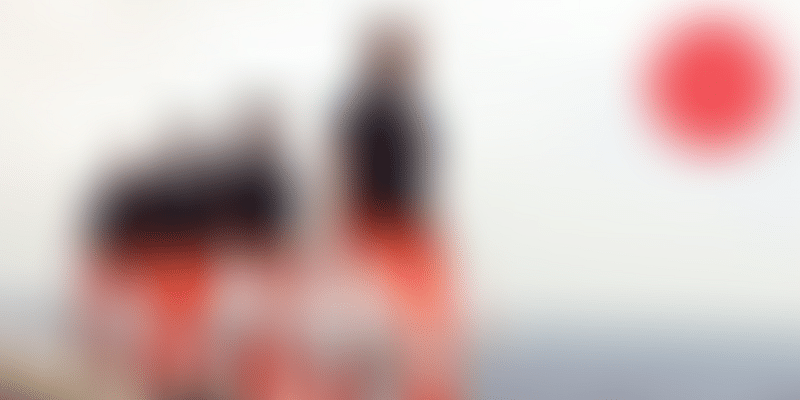 Foodtech continued to draw attention in 2019 as Tier II and III India started placing more orders, supply became the key focus, and Amazon announced its entry into the Indian market.

In a world of foodies, foodtech remains a firm favourite with entrepreneurs, investors, and consumers. The bloodbath of 2016 may have led to the death of many foodtech startups, but the sector has bounced back.

The year began with a bang on the back of Swiggy and Zomato entering the coveted unicorn club in 2018. Validation indeed for a sector that was being written off!

As the year progressed, the two giants went on to make more waves: the National Restaurant Association of India (NRAI) waged a battle over discounting, and Zomato later trended for the wrong reasons on Twitter with a #UninstallZomato movement (after a controversy over the caste identity of a delivery boy).

The foodtech sector saw more surprises as Amazon threw its hat into the ring, announcing its entry into the food delivery market, and food consumption patterns grew in Tier II and III India.

As we near the end of the year, YourStory takes a look at the key trends that dominated the space in 2019:

When the year began, it became clear that the number of consumers choosing to order food online was steadily increasing.

Between the two heavyweights, Zomato and Swiggy, the average order volume is close to 40-50 million orders a month. At an average of close to 500,000 orders a day, it is safe to say that they are changing the way India eats.

The next step was to replace the trusted ghar ka dabba – lunchboxes and tiffin boxes - with single-serve meals where you don’t have to worry about putting together a main course. Swiggy even launched Daily, its subscription-based homestyle meal service. This meant bringing the Average Order Value (AOV) down.

We are investing significantly on ‘pods’ to solve the supply gap: Swiggy CEO Sriharsha Majety

With consumer demand and behaviour shifting towards more online orders, foodtech players had a market ripe for cloud kitchens in 2019.

In October, Sriharsha Majety, Co-founder and CEO, Swiggy, addressing a packed audience on the sidelines of its first tech conference ‘Gigabytes’ in Bengaluru, said the team would be focusing on increasing supply by investing heavily in Swiggy Access.

In November, Swiggy announced that it had opened over 1,000 cloud kitchens through Swiggy Access, investing over Rs 250 crore. Today, it contributes to 20 percent of total deliveries in areas that offer Swiggy Access.

“There is growing demand. Today, close to 10 to 15 meals in a month are eaten out via food delivery. This number is just growing. But the supply is limited, and pods are a way to change that,” Sriharsha said.

Vishal Bhatia, CEO, New Supply, Swiggy, added that the year 2019 had globally been focused on increasing supply and infrastructure. Swiggy, too, has been doing that.

Vishal said with the unicorn expanding to more cities, more consumers across the country were seeking convenience and great quality.

“This is why we are now looking beyond top cities. We have also seen partners in big cities expanding to smaller cities through Swiggy Access and succeeding there,” he said. This growth in non-metros wasn’t just restricted to Swiggy.

A RedSeer report stated: “Non-metro (rest of India) cities grew 7X faster quarter on quarter compared to metro cities (80 percent growth vs 12 percent). This was driven by a combination of smart promos, the growing selection of restaurants, and increasing comfort with food tech usage.”

However, metros still account for the largest share of the pie. Bengaluru remains the foodtech capital of India, accounting for 24 percent of all metro orders versus 16 percent of all foodtech orders in India.

The food delivery space in India is at present dominated by Swiggy and Zomato, with the presence of other players like Uber Eats and Foodpanda. Amazon’s plans to enter this crowded market have aroused major interest.

For now, Amazon has started reaching out to restaurants with an offer of lower commission fee, in the range of six to seven percent. This is much lower than the 15-20 percent charged by Swiggy and Zomato.

Rohan Agarwal, Engagement Manager, RedSeer Consultancy, an analytical firm, says, “Having multiple players is always good for any ecosystem. The competition ensures that users - both the restaurant partners and end consumers - get better services. It ensures better suppliers, reduces inefficiencies, and the gaps in the market get filled.”

These foodtech startups are changing the way you eat

Interestingly, this year, foodtech volumes zipped past cab hailing volumes. The daily average volumes for daily orders hit three million while those for ride hailing were at 2.1 million. This shift was primarily because the supply for cab aggregation comes at higher cost. Also, there is lower demand for cab hailing in Tier II and III markets.

As we enter 2020, it will be interesting to see if the focus remains on lower meal sizes, increasing supply, and – of course – if Amazon makes bigger waves.

With over 1,000 kitchens in a year, Swiggy invests Rs 250 Cr to focus on cloud kitchens