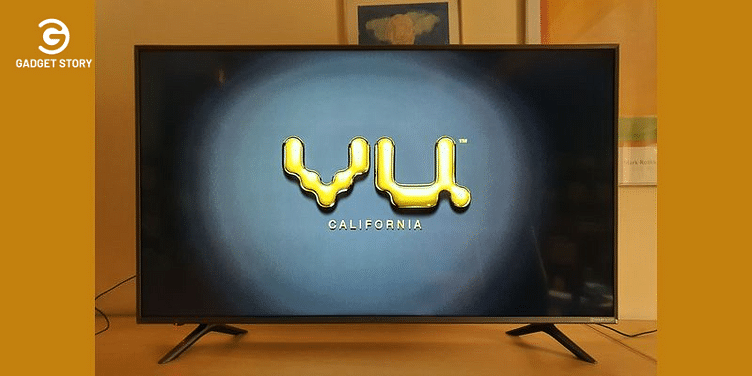 Vu is known for affordable television sets and the new Pixelight is no different. If you’re not obsessed with Android, this 4K LED TV could be worth looking at.

The Pixelight range of TVs from California-headquartered brand Vu is an exciting new entrant in the market this year.

While the design might seem slightly dated, the picture quality it offers propels the Vu range of TVs ahead of the other ‘budget’ players in the segment.

The company has always been known for its affordability quotient, premium product quality, and good after-sales support.

Let’s see if the new Pixelight can keep up with that reputation.

Out of the box, the TV looks neat with its thin titanium grey metallic bezels. But, on detailed analysis, it appears that Vu’s latest range is not all that slim.

The bottom bezel comes with the brand logo (in LED) and a power button while the input/output ports are hidden at the back of the TV, beyond 15-inches from the edges. As a result, they are quite hard to reach if one chooses to wall-mount it.

The metal stands from the previous models have been replaced by thick-looking plastic ones that don’t add anything to the overall aesthetics. However, they won’t matter if you’re wall-mounting your TV.

The Pixelight offers an ultra-high-definition experience and runs Linux Kernel instead of the more popular Android. It also comes preloaded with popular streaming services, including Netflix and Amazon Prime Video.

Minimal and sleek remotes might be popular thanks to the brand new OnePlus TV but the Vu Pixelight TV is accompanied by a bulky remote that is loaded with buttons from top to bottom.

There are broadcast controls at the top with a directional pad in the centre. Then there are the volume and channel buttons along with playback buttons and streaming buttons at the bottom.

The remote works fine but isn’t sleek and modern. It works on infrared, which means the remote has to be pointed at the TV set every time you want to change something. It runs on a pair of AAA batteries, which come bundled in the box.

The remote also doesn’t have Bluetooth connectivity, which is a bummer. It means that wireless Bluetooth soundbars won’t work and you’ll have to use an audio cable.

The connectivity ports aren’t placed very well either, making it slightly inaccessible if you choose to wall-mount the TV. While there are three HDMI ports - one at the bottom and two on the back left - only one supports Audio Return Channel (ARC). This means you have to carefully decide the place to insert the Amazon Fire Stick or the audio cable.

The TV supports Vu Anywhere Cast and DLNA that allows users to cast from their smartphones. You can also control the TV through the Remote Now app by HiSense.

Impressive panel for a mid-range TV

The panel of the Vu 55-QDV comes with a resolution of 3840x2160 pixels and supports HDR10. The manufacturer of the panel hasn’t been revealed by the company, but it says that the TVs use an “A+ grade high bright 4K HDR10 panel”.

It has features like adaptive contrast and digital noise reduction that give a better 4K experience to the end-user. There’s also the company’s own upscaling solution that works in tandem with OTT platforms, with the Digital Signal Processor (DSP) enabling a much better viewing experience.

For a mid-range TV, the panel does a good job of enabling the best experience, depending on what the user is watching. The only problem comes with the upscaling of content that makes the pictures hazy. Sometimes, the colours are also inaccurate. But, at this price point, you can’t really fault the company much.

The Vu Pixelight 4K is not an Android TV. Instead, it operates on Vu’s own Smart OS, which is pre-loaded with video-streaming apps such as Netflix, Prime Video, YouTube, Zee5, ErosNow, Hungama Play, YuppTV, Dailymotion, and more.

Android TV apps aren’t compatible with the Pixelight TV and hence, sideloading the apps won’t work. So, if you want to access an app that is not pre-loaded, you will have to get an independent casting device like an Amazon Fire Stick or a Google Chromecast.

The viewing angles are good, but it lags at times, sometimes even failing to respond to commands from the remote. The audio experience, however, was far better than its competition (Xiaomi, Motorola, TCL, and others) offers. The sound was clear and crisp at all times.

The TV comes fitted with two 15W stereo speakers that support Dolby Digital Plus audio. There are also features like DTS bass boost and DTS TruSurround sound that improve the quality of the audio output.

Verdict: Should you buy it?

The Vu Pixelight 4K TV is one of the most affordable 4K TVs in the market right now, with a starting price of Rs 33,999. It is ahead of its competitors in this range, except in the software department.

Legacy brands like Sony, LG, and Samsung might be offering better TV sets, but not at this price point. While there are a few let-downs like the missing Bluetooth support, for instance, you might just get used to the set up in the long-run.

The Vu Pixelight 55-QDV 4K LED TV is big, affordable, and ideal for binge-watching. To put it simply - it is the best among the rest.