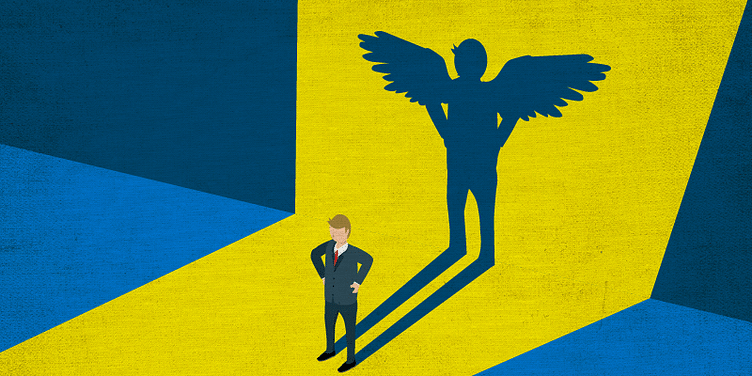 What an angle investor looks for follows a very concise and clear path. Adhering to the key aspects of organisation, growth, and vision can make a startup look attractive to an angel. So, even if around 90 percent of startups fail, read on further to be on the profitable side of the spectrum.

Even those who know nothing about the startup world, know this - that nothing comes for free. While the “angel” before the “investor” makes this set of entrepreneurs sound more noble than others, it doesn’t mean that they’re going to go easy on you. Sure, when you compare angels to venture capital funds - the former is more patient with less aggressive goals but on average they’re still looking for an IRR of 20 - 40 percent over five to seven years. The reality is - 90 percent of startups fail, so unless the angel believes you can deliver the above numbers, it’s going to be difficult to get him to sign a cheque.

Around seven years ago, on a flight to Delhi, I found myself seated beside a well-known VC. He had just met two IITians who were looking to raise a series B round. He mentioned that he was certain they’d be able to grow user numbers, if they kept getting funded. But at the same time, he was certain they’d never be profitable. Sequoia or Softbank maybe alright with betting big and losing big as they have deep pockets and can exit at incredible profits on good deals. But as an early stage startup, you must prepare with a mindset that you might not get a meeting with the top VCs. And the smaller the firm, the more rigorous is the vetting process.

1.Have more than a proof of concept

Investors want to see that you’re really committed to running the business. If you just want to take a shot with someone else’s cash, they’ll see through you. Preferably, run the business with your own money before you set out to raise money.

Chennai-based fintech startup,OptaCredit was bootstrapped for close to two years before it raised its seed funding. Despite having initial interest, it made more sense for them to fine-tune the product. The firm ploughed back its cash into machine-learning, tech and analytics. This strengthened the MVP and thus their ability to raise funds. Not only does the success rate of raising funds increase after a strong MVP, the chances of releasing a good MVP, increase in the absence of external pressure.

Investors tend to dislike one person companies. A team of two to three founders who are well-qualified to run the business is considered most stable. If you have three to four other members in addition to the founders - that is a plus. UrbanClap for instance has three founders - one of whom has a tech background, the other two are ex-BCG and have supply chain expertise.

I’ve seen that founders overestimate the pace at which they can scale the business. Digital media, Instagram, Facebook, TikTok, Google Ads - these are not novel solutions to grow your business. These are hygiene. Come up with a new idea to get new customers, so they know their money is not going to be blown up on ads with low ROI.

Many startups in India are organising various industries - home services, education, beauty and travel. However, in many of these spaces, there is no industry data available publicly. You can find a few articles in business papers quoting an industry figure, but it is more likely that these were not very accurate as they are often stated without a source. So, invest in market research. Give the project to a credible firm in the business so you can talk confidently about the demand and the potential to grow.

While most founders will know who they are going to compete with, I’ve seen quite a few land up at meetings, unable to answer detailed questions about the price points of the competitor’s products and their marketing muscle.

Micro-delivery startup, RainCan, managed to scale in Pune (2015-2018) and raise close to $1 million in this period despite much competition in the space. This is because they differentiated themselves with a full stack low-cost delivery model. This enabled them to provide deliveries at zero cost to the customer. (Note: BigBasket acquired RainCan in 2018.)

7.Personal linked to the professional

If there is an old business of yours that is linked to the startup, ensure it is clear - how and for what purposes the money is flowing from one entity to another. Though the safest is to steer clear of these practices. For example, a lot of Indian businessmen tend to offer their privately-owned commercial real estate to the company. While technically this may sound okay, but as more and more external parties or investors start scrutinising your business - even a slight hint of wrongdoing can cost you a great deal. In the above example, questions about the rate at which the property was leased to the company may be questioned. Was it at market price? Was the location ideal for the business or just a way to occupy unused space with low demand?

In the now infamous case of WeWork, Adam Neumann selling the “We” brand to WeWork seems strange. Their investors let this, and many other questionable practices go on at the time of initial investments, yours probably won’t. We have seen startups experience more than a nine-month delay in raising funds because they weren’t prepared enough for due-diligence.

8.Have a board in place that works and meets regularly.

9.Ensure compliance to all fiduciary duties.

10.Research all forms of investment that the angel maybe interested in - equity, debt and convertible notes. Even when proof of concept is established, certain investors prefer to invest money in tranches as and when it is required. This is to establish confidence with the founders and the team, and to keep a tab on the money being spent. These tranches come in the form of debt later convertible into equity. This gives the investors the option to jump ship at any point in time in order to keep the investment safe.

A startup in the educational sector with annual revenues in the Rs 0.75 – Rs 1 crore per annum range was in talks with investors to raise seed capital of Rs 2.5 crores. Despite liking the product, they were hesitant to invest because many angels had already burnt their hands in the sector. Finally, they decided to do a debt round which would be converted into equity at the investor’s will. This model gave the investors the assurance of getting their money back in the form of interest and principal. Once they were fully convinced, they converted the loan amount into equity.

Industry specific regulations are very important these days for startups working in industries like fintech, online pharmacy, e-commerce, drones (UAV), bike ride hailing, etc. There are around 1,200 central laws and 6,700 state specific laws. It has become a necessity for startups to engage a lawyer to study their business to ensure full compliance of central and state regulations.

The Madras High Court recently banned the sale of online medicines until the government notifies regulations for the industry. This was subsequently stayed by the higher division of the court. Similarly, Ola was banned for six months by the Karnataka State Transport Department for hailing bike taxis. If you are a well-funded company like Ola, Netmeds, Pharmeasy, these kinds of orders can be fought. However in case of bootstrapped or fledgling startups, this would definitely put a halt to the business. So, it is better to fully understand the regulations surrounding the industry where the startup is going to operate.

Local laws such as shops and establishment, FSSAI, professional tax, etc need to be taken care of. In addition to the state laws, there are municipal level regulations which needs to be complied with. For example, startups setting up offline stores in various cities should ensure trade licenses and labour law regulations are complied with as required by the concerned municipal corporations.

Now, for large startups like Zomato and Swiggy, it wouldn’t be a problem to direct time and energy to get these licenses. But for hyper local delivery platforms operating in just one city, this is going to be a cumbersome task.

All in all, the fundamentals of business remain the same. It’s just that with economies everywhere anticipating a slowdown and job losses, everybody’s more careful. Most ambitious founders are in a tearing hurry to scale and thus decide early-on that they must get angels and subsequently VCs on board. But maybe it’s time to think about unit economics, strong foundations and the Zoho way of scaling - before you choose your path.