In conversation with Anshula Kapoor; a brush with Archies at Comic-Con Bengaluru - your weekend fix 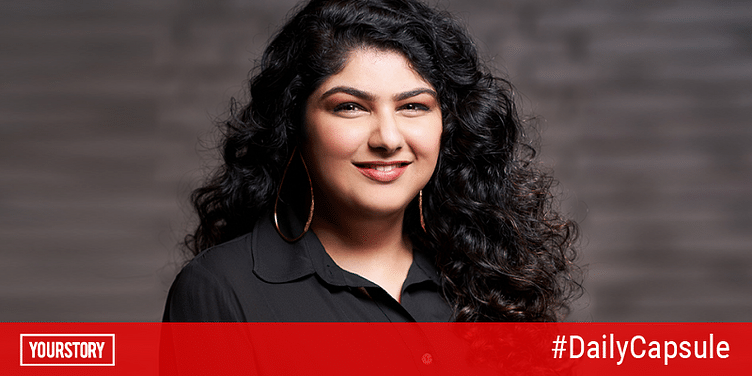 Anshula Kapoor could have been one of the many Bollywood kids who eventually joined the glitzy world of films. While stardom is a part and parcel of her family legacy, the 26-year-old chose to walk another path instead. Recently, Anshula turned to entrepreneurship with her fundraising venture Fankind.

If you love Harry Potter and dream of enrolling in the Hogwarts School of Magic and Wizardry, don’t miss this debut novel by one of the new voices in the world of books. Keshava Guha, who just launched his novel Accidental Magic, has spun an exciting tale about four Harry Potter fans, who live in Boston, Chennai, and Bengaluru.

Movies give children a look at other worlds, introduce them to new friends, and spotlight inspiring role models. This Children’s Day, we suggest popping some corn and watching these top 7 kids movies.

A brush with Archies at Comic-Con Bengaluru

This year’s Bengaluru Comic-Con is powered by a line-up of many Indian and international creators, performances, gaming, and experiential zones from the world’s leading studios. And, one of the most unique things about this event will be the new Archie ComicConIndia comic book collaboration.

Meet the trailblazers of the decade

From young Greta Thunberg and her "How dare you” speech at the UN Climate Action Summit to Samaira Mehta, a 10-year old inventor and coder, to eight-year-old Nihal Raj, also known as little Chef Kicha, children are now leading the fight in every arena.

Parimal Shah on striving to be a better version of yourself

Do you love reading books by Wilbur Smith and JK Rowling? Are your heroes in real life, Narendra Modi and Elon Musk? Would you like to live in the Danish countryside? If so, you will find a kindred soul in Parimal Shah, President, MK Jokai group.