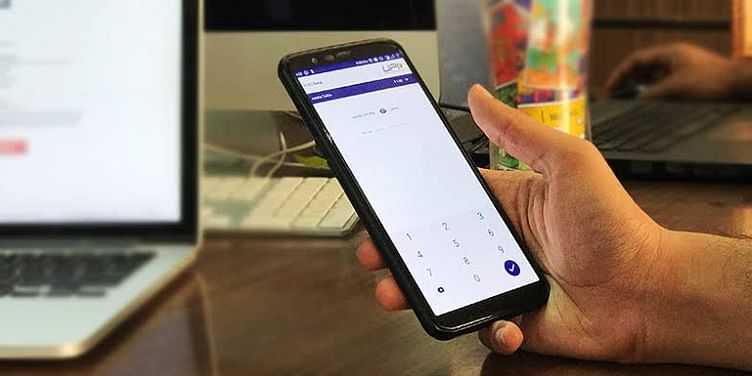 High Commissioner of India to Singapore Jawed Ashraf demonstrated the first transaction under the pilot run, which will continue during the Singapore FinTech Festival 2019 that is being held between November 11 and 15.

As a first step towards internationalisation, a pilot demo of BHIM UPI QR-based payments began in Singapore on Wednesday with a live transaction at a merchant terminal at the FinTech Festival 2019.

High Commissioner of India to Singapore Jawed Ashraf demonstrated the first transaction under the pilot run, which will continue during the Singapore FinTech Festival 2019 that is being held between November 11 and 15.

This QR code-based system would allow anyone with a BHIM app to scan the Singapore Quick Response Code (SGQR) at NETS terminals in Singapore for payments, said the high commissioner.

"This is the first time that BHIM app has gone international," he said.

The project is being jointly developed by the National Payments Corporation of India (NPCI) and the Network for Electronic Transfers (NETS) of Singapore.

It is targeted to go fully live by February 2020 and cover thousands of terminals in Singapore, after the Reserve Bank of India's approval.

By February 2020, it is also expected that all RuPay cards, including domestic ones, will be acceptable in Singapore, the High Commission said in a release on Wednesday.

This is another achievement for fintech cooperation between India and Singapore, after the launch of RuPay International card and SBI's UPI based remittance app in May 2018 by Prime Minister Narendra Modi, who had then also suggested the launch of BHIM UPI QR code-based payments internationally, said the commission.

Ashraf also witnessed the signing of an MoU between the Trade Promotion Council of India (TPCI) and the Monetary Authority of Singapore (MAS) for working towards access of the TPCI dashboard to Business sans Borders (BSB).

BSB, a project conceived by MAS and Singapore's Infocomm Media Development Authority (IMDA), is a hub for connecting trade platforms of small and medium enterprises (SMEs). BSB is currently running a pilot with SMEs in Southeast Asia and India.

Once fully rolled out, it will allow millions of SMEs across the region to reach a wider market domestically and internationally and access ancillary services like credit facilities, insurance, logistics, and legal and professional services, said the High Commission.

The Confederation of All India Traders, which has 70 million traders in India as its members, is already connected to BSB through a platform provided by Mastercard GlobalLinker.

The Indian contingent at the Singapore FinTech Festival 2019 is one of the largest, with participation of 43 companies and startups.

Everything you want to know about the BHIM app