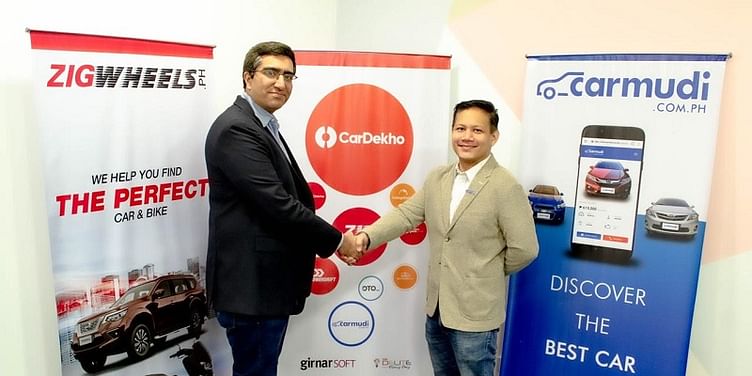 The Philippines is the second Southeast Asian country where CarDekho Group has started its operations after Indonesia, where it operates as OTO.com.

In a statement, the startup said that this particular acquisition is aligned with its business strategy to expand and fortify its footprint across Southeast Asia.

Launched in 2013, Carmudi, which was a part of Rocket Internet, is an online classifieds, which focusses on buying and sale of new, used, and second hand automobiles.

CarDekho plans to expand the footprint to Southeast Asia, operates in Indonesia under the brand name OTO

With this acquisition, the Philippines is the second Southeast Asian country where CarDekho Group has started its operations. Earlier in 2016, the company started its Indonesia operations under the brand name OTO.com.

“We are excited to expand our international footprint and invest in the new region. Philippines' underlying macro fundamentals make it an extremely promising market. The market demand for new PVs in the Philippines has grown at a CAGR of 14 percent during 2014-2018 with new car sales crossing 3,80,000 units in 2018. We see this growth as a big opportunity to digitise the Philippines auto ecosystem and engage with consumers throughout their online car buying journey. Our strong ecosystem play has made us a leader in India and Indonesia. And now we are expecting the same for the Philippines.”

CarDekho will aggressively focus on building up and digitising the ecosystem and offer end to end solutions to both new and used car buyers.

“CarDekho, a leading full-stack auto tech company backing us will help us in further strengthening our position in this region. This means added enhancements in technology, processes, and platform resulting in great user experience. Carmudi is already known for quality listings, powerful search, and one-stop convenience but the collaboration with CarDekho will enable us to digitalise and simplify the entire auto ecosystem.” said Cholo Syquia, Country Head, Carmudi Philippines.

CarDekho also claimed that it works actively with over 4,000 new auto dealerships and 3,000 used car dealers across India.

In addition, it works in collaboration with more than 10 financial institutions and 18 insurance companies across the country to facilitate used car financing and insurance to provide a seamless experience for both buyers and sellers.

The company also recently announced its H1 results for FY 19-20. The overall revenue of the company stood at $28 million in the first half of the last fiscal year.

Despite the slowdown in new auto sales across the country, the company said that its new auto business segment posted a significant growth of 30 percent, while its Insurance and Warranty business grew by 525 percent. On the other hand, CarDekho’s used cars business grew by 120 percent and its Financial Services business by 135 percent respectively.

Earlier in June, the company forayed into the digital insurance space with InsuranceDekho.

In August, CarDekho raised an investment of Rs 132.95 crore as part of its Series C round led by Cayman Islands-based SC GG India Mobility Holdings LLC, with participation from Hillhouse and Kreatif Media Karya.