These child and teen entrepreneurs mean business with their innovative ideas 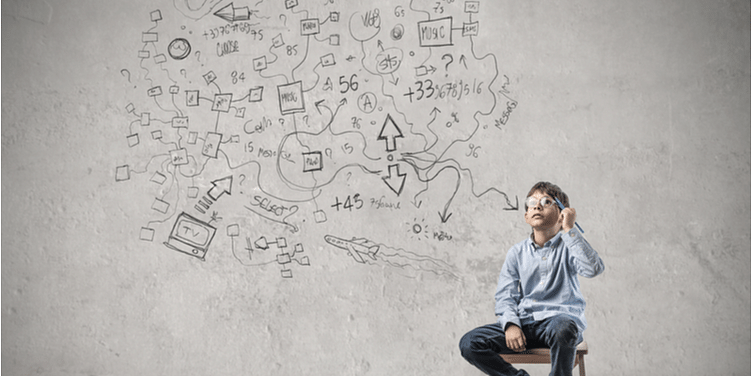 What were you doing when you were 13, 9, or even 6? At that age, some of these young entrepreneurs had already made headway with their Big Idea. Here are their inspiring stories.

Every Children’s Day we fondly remember Chacha Nehru, his love for children, and his incessant commitment towards education. His staunch belief was “The children of today will make the India of tomorrow. The way we bring them up will determine the future of the country.” And his vision has gained momentum with every passing year.

Children are bursting with ideas, innovation, and confidence. India has now become a hub of young entrepreneurs. Sometimes, it is a simple spark that has led a child to a revolutionary idea or years of passionate work that has resulted in great achievements.

Here’s a few young entrepreneurs who have proved that age is just a number:

Farrhad is a 25-year-old entrepreneur and investor whose entrepreneurial stint started at the age of 13. After a usual day at school, while he was still reeling from his aero-modelling classes, he came upon website creation courses online. This led him to combine the two interests and create his first website on aviation.

He borrowed Rs 1,200 from his father and built the online domain. Thereafter, he ventured into website launching and boldly brokered many profitable deals. At 17, he was interviewed by CNN and has been featured in many famous publications, including Vogue, as one of the ‘country’s smartest Gen Z-ers of the moment’. He was the youngest guest lecturer in IIT Kharagpur’s Annual Entrepreneurial Summit.

Farrhad’s company, Rockstah Media, focusses on web development, marketing, and advertising, and has brought him many accolades. Rockstah Media has a competitive team of developers, designers, and market strategists, and a huge clientele.

Farrhad is also a TEDx speaker and an individual who motivates others with his story that turning passion into profession at an early age could be their reality too.

Shravan Kumaran and Sanjay Kumaran, aged 16 and 18, respectively, are some of the youngest mobile application developers and brother duo entrepreneurs in India. Their company, GoDimensions, aims at developing simple technological solutions to every social problem.

The boys have developed 12 apps till date, notching up more than 70,000 downloads in 53 countries. They were funded by their father to buy gadgets.

What makes these siblings stand apart is the social concern that drives the development of each app. Be it waste management or pollution control, they have apps for it. “We have always believed that we must do something for the society” they said, of their app GoDonate, which aims at donating food to charities and preventing waste production.

The Kumarans have been recognised in the Forbes 30 Under 30 Asia list and have been awarded the Lightning Pitch Award by the IKMC.

Arjun S Kumar, 19, is a young entrepreneur, Founder-President of LateraLogics, and the recipient of ‘National Child Award for Exceptional Achievements for Computer Technology’ in 2014. His first mobile app Locatera, which helped improve school fleet management, solved many parents’ worries of safety of school buses.

Arjun started LateraLogics with a vision to provide innovative technological solutions to real-life problems. He received the Google Web Rangers Award 2018, Google Code to Learn Contest 2014, and has also been recognised twice by the Massachusetts Institute of Technology.

His recent venture, AnyoneAI, underscores his mission to ‘democratise artificial intelligence to make its benefits accessible to everyone’.

King Sidharth, 21, is a successful entrepreneur, motivational speaker, and writer. During his school days, Sidharth would organise events for children along with his friends. Entry ticket was charged but he gave small gifts to the winners. This was his first business as an 11-year-old, and it was a roaring success.

When he was 15 years old, he started an online magazine for teens, called Friendz, which bridged the gap of communication between like-minded people. Soon, he learnt filmmaking, designing, and website creation. He worked as a freelancer and also hired a team of people. Entering college life, he felt that his artistic creativity was not encouraged by his teachers and dropped out.

Sidharth is currently focussed on web designing and works with Instamojo. He was listed among World’s 25 Young Entrepreneurs in 2010 and has inspired many with his motivational speeches.

It is true that hard work coupled with interest could make miracles happen. A few years later, in 2007, she designed her school website, which was inaugurated by the then Forest Minister of Kerala, Binoy Viswam. Her very own startup, eDesign, was established when she was 10 years old. eDesign is a web designing company that offers SEO, web design, and other web-related services.

Sreelakshmi has developed over 100 websites for reputed, worldwide institutions. She is the recipient of many national and international awards including the National Child Award for Exceptional Achievement in 2008, Golden Web Award (USA), Sixty Plus Education Award (Canada), and Feeblemind’s Award of Excellence (UK). Her story is one that proves one is never to young to figure out their passion.

Can student entrepreneurship be the answer to India’s jobless-growth problem?