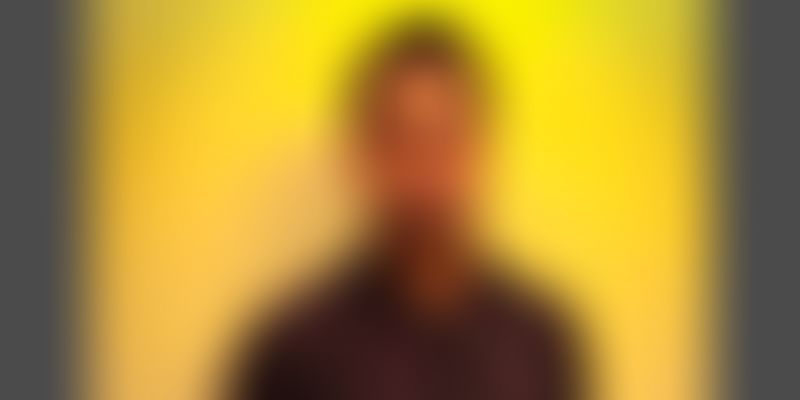 Noida-based CareCover sells pre-approved loan cards for health emergencies. In a country where 95 percent of the population lacks access to health insurance, here’s what the startup plans to solve.

Good healthcare is an expensive proposition. Despite the multitude of health insurers out there, less than five percent of India’s population has access to private insurance. And, almost two-thirds of those who do are under-insured.

Most healthcare expenditure is done from personal savings or borrowed from informal sources of credit like friends and family. As a result, India ranks an abysmal 184th out of 191 nations in healthcare spending as a percentage-of-GDP, according to WHO.

Additionally, access to medical insurance is often limited by the intense documentation and paperwork it entails at the application level. Then there are EMIs to be taken care of. And, even after all this, only a handful of procedures and treatments are covered by private insurers, while the rest are unattended.

CareCover, which lies at the intersection of healthcare and finance, is attempting to fill these gaping voids.

The Noida-based startup was launched earlier this year, and is the brainchild of Nivesh Khandelwal, who’d earlier set up LetsMD (an online platform for patients to discover and compare prices of surgeries, quality of hospitals and doctors, etc.)

What is CareCover and what it solves

Both LetsMD and CareCover are operated by Medbay India (the parent entity), which is backed by early-stage investors including WaterBridge Ventures, SRI Capital, and Orios Venture Partners.

“CareCover is a healthcare fintech product. We offer pre-approved loan cards to patients that gives them instant cash for medical emergencies and even pre-existing illnesses that are usually not covered under private health insurance”.

The medical OPEX cards provided by the startup take care of patients’ out-of-pocket health expenses. These loan cards are provided on zero percent interest EMIs, which can be cleared in a period of 12 months.

The average amount that can be loaned on the card ranges from Rs 50,000 to Rs 5 lakh.

CareCover OPEX cards are valid for four members in the family (the cardholder and three other family members), and grant them access to 2,000 partner hospitals. These include India's top private hospital chains including Fortis, Jaypee, Max, Medanta, etc.

The startup puts a premium on speed. Patients can encash their loan cards at a partner-hospital in less than an hour because “every second counts”.

For a salaried customer in a metro city, the window is even shorter at just 15 minutes.

“We want to ensure that our customers have access to high quality healthcare without having to dip into their precious savings. The CareCover card provides quicker access to financial aid, thereby eliminating the hassle of running around for funds, which can be crucial. Also, there are no exclusions in our policy. All procedures, including those for pre-existing illnesses, are covered by us”.

CareCover cardholders can also avail of attractive discounts and deals at select pharmacies and fitness centres.

It even gives the option to open a health savings account. With this, customers can not only save money but also earn an interest income.

CareCover claims that it provides higher interest rates compared to those offered by banks on fixed deposits.

The startup says it has sold 10,000 loan cards in two months, and is growing at 35 to 40 percent quarter-on-quarter. Most of its customers are aged between 35 and 45, and close to 15 percent are women borrowers.

The average loan size on CareCover cards is Rs 1.5 lakh, which is higher than 92 percent of health insurance claims in the country.

The founder elaborates, “The size of an average mediclaim in India is Rs 1 lakh or below. Most of the population is under-insured. We’re trying to reduce the cost of insurance by 60-70 percent, and offer patients a better, but low-cost cover”.

CareCover earns a commission fee from partner hospitals on a per-patient basis. Going ahead, it plans to offer customised data intelligence solutions to these hospitals for a fixed fee. "We've built almost 800 customised products already," the founder shares.

The startup's target is to sell 150,000 loan cards in 12 months, and get to a million cardholders in the next three years.

Surely, that is an ambitious target, but given the dire need for affordable healthcare in India, it may not be insurmountable.

“Even if Ayushman Bharat Yojana becomes a reality, people’s out-of-pocket expenses on healthcare will always be there”.

“And, unlike health insurance, which has many exclusions, a health savings plan can be used for all treatments. So, CareCover doesn’t want to replace insurance, but is more of an add-on to provide patients a comprehensive health cover,” he adds.

CareCover is bootstrapped so far, but its parent entity (Medbay) is looking to close a Series A round of $5 million shortly.

It has also started adding higher tech capabilities to its platform that would allow it to collect more data and customise loans and services to its customers.

“We have already automated six out of eight things required to process a loan card. The authentication and verification are entirely paperless and smooth. Now, the challenge is to deliver a loan fast.”

CareCover counts traditional insurers like Bajaj FinServ and startups like AffordPlan, MoneyTap, and LoanTap among its competitors.

But, the founder believes that its singular focus on instant medical loans delivered at low costs will make it stand out.

Nivesh signs off by saying,

“We are a first-in-class product and we’re getting prime borrowers because we’re providing them personalised POS health financing”.