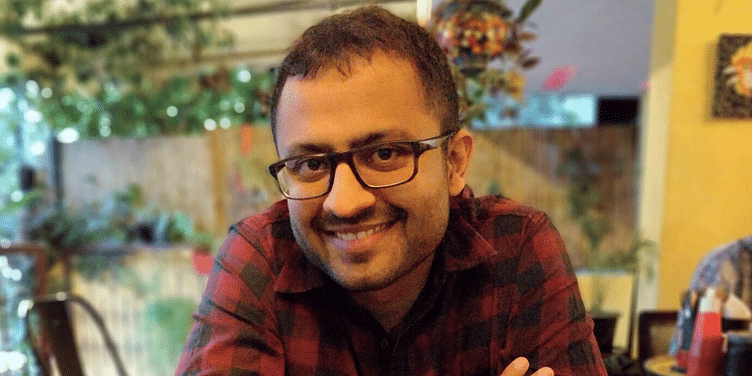 Founded in 2017, Delhi-based startup AstroTalk uses tech to bring together astrologers and customer onto one platform with a key focus on privacy.

They say it is all in the stars, and if somebody can quite accurately predict something good or bad is going to happen in your professional or personal lives, then why not build a business around it, especially when there is technology available to reach a wider audience.

AstroTalk is one such technology driven astrology startup based out of Delhi. It was started in 2017 by Puneet Gupta, a techie, who never believed in astrology. But after certain emotional turbulence, his faith became stronger because somebody predicted that he would go through a rough patch.

Today, the startup is bringing both astrologers and consumers together on its tech platform. One can get predictions related to love life, marriage, career, etc. However, the startup claims its key focus since the beginning has been maintaining the privacy of its customers.

A prediction that led to start up

It all started when Puneet was working with a global bank and wanted to start his own venture. However, he did have his quota of doubts on whether he should start his own venture, given his comfortable and secure job. A senior lady colleague at the bank he was working at, who was an amateur astrologer, convinced him to give his date of birth details.

After looking into his birth charts, she predicted that he would have a brilliant career for two years, but his co-founder would leave the firm.

This fashionista-techie-astrologer trio's AI-powered astrology marketplace has earned half a mi...

As predicted, it happened. The firm ran really well for two years and was profitable, but the co-founder wanted to quit the firm. Despite Puneet trying his best to convince the partner, he left.

“It was a kind of an emotional breakdown for me and there was nobody I could talk to, though I remembered what my former colleague had told me,” he says.

Then it struck to him that he could start an astrology startup as there were many people like him who wanted to talk to a future predictor, but did not know how to approach them.

As a result, Puneet bootstrapped AstroTalk in October 2017. And in a couple of months, the startup got the perfect market fit with its product.

“There is a huge taboo associated with this industry and nobody wants to be seen visiting a Pundit. So, we need to create that private space for the customers,” says Puneet.

The founder also realised there is an unmet demand as people who provide astrology services were not tech savvy, and did not understand the requirement of customers.

He says, “We were constantly fine-tuning our products as we were trying to get a better understanding of our customers’ needs".

According to the founders, AstroTalk follows a very stringent procedure while onboarding astrologers onto its platform. It is a three-step procedure where they have to face an interview, answer technical queries, and are also given training in soft skills.

Today, the startup has more than 350 astrologers on its platform, and Puneet says the inbound demand is quite high, some of them even earning in lakhs per month.

When asked about the kind of customers that come onto AstroTalk, Puneet says, an overwhelming majority of them fall in the age group of 22 to 40, and they are from across the country. On a gender perspective, the trend on questions asked are very different.

According to him, while the top priorities for women are career, relationship, and marriage, for men, it is generally relationships and more importantly how beautiful would their wives be.

US Based Startup Pundit Junction Addresses Your Astrology & Lifestyle Queries

The key priority for AstroTalk has always been how it interacts with its customers. “We provide a lot of soft skills training to our astrologers as there are certain things, especially bad predictions, which need to be told in a certain manner,” says Puneet.

The startup believes it is very important for the astrologer to show a sense of empathy, be a good listener, and most importantly being humble about your craft.

The kind of demand that AstroTalk has witnessed over the last 18 months came as a big surprise for Puneet, and also made him realise there is a lot of unmet demand.

The startup has got various packages for its customers, which range from Rs 10 to Rs 150 per minute depending on the astrologer. It also has recharge packs starting with Rs 60 onwards though for a new user, the first time consultation is free.

The startup competes both offline and online players with few portals offering similar services, but Puneet says its strong point has been its high growth rate.

AstroTalk follows a revenue sharing model with the astrologers on the platform. It is generating more than Rs 5 lakh business per day, and is profitable.

Puneet says, the largest traffic for the startup comes from NCR and Bengaluru, and though NCR provides the volume, quality traffic comes from a city like Bengaluru. It also has high degree of repeat customers, he adds.

As of now, AstroTalk only gives personal advice, but the startup is actively exploring other options such as predictions related to stock & commodity markets, about public health and also regarding success or failure of any business.

Talking about future plans, Puneet says the startup, with a team of around 20 members, wants to expand and reach Tier II towns and beyond.

“Astrology has also personally helped me a lot and really want to reach out to a lot many people so that they get advantage from this,” he adds.