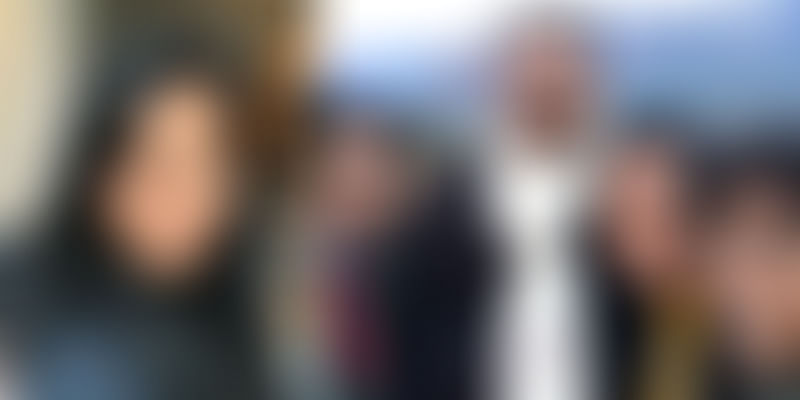 Cosmic Insights doesn't believe in fortune-telling, but merely teaching people how the cosmos influences life - and these learnings can be applied to flourish in everything, right from your business to your personal lives, claims founder Niravta Mathur.

This is the paradigm shift in astrology that ex-fashionista and techie duo Niravta Mathur and Archana Patchirajan wished to bring about with their platform Cosmic Insights.

An Artificial Intelligence (AI) and Big Data powered platform, Cosmic Insights is a resource for the believers of astrology to learn not only about the alignment of the planets and the stars but also how they may align themselves and their businesses, in order to harness the resulting energy.

In search of meaning

Niravta Mathur held a 20-year-long career in the fashion industry and worked in the luxury and lifestyle sector with some of the leading names in the field.

She quit her job to freelance in public relations for a while – during which she became the Programme Director for Prime Minister Narendra Modi’s first official UK visit, where she organised his address to a crowd of 60,000 at Wembley Stadium in 2015, and subsequently, his visit to Belgium in March 2016.

After nearly 20 years of working in the corporate space, Niravta started getting restless; she wanted to embark on a more fulfilling pursuit, one where she could be true to herself.

For nearly 20 years, she had been a follower of Sri Sri Ravi Shankar, and practised the way of life he preached - of ‘Seva, Satsang and Sadhana.’ “I learnt to be more grounded, focused, peaceful, patient, committed and free from stress through Gurudev’s teachings and techniques, which are integrated into every moment of my life,” she says. Her co-founder, Archana Patchirajan – who runs another startup mycityway that was recently funded, and sold off another, a mobile advertising startup Hubbl, for 15 million dollars in 2013 - also shared her spiritual temper.

“Archana and I both committed to work on projects that create a positive impact in the world and that can help people, following the ethics of our guru,” she says.

The duo had been followers of astrology, particularly ‘Vedic’ astrology, for its precision and accuracy.

“Archana’s successful past experience in startups and technology made for the perfect opportunity to merge the ancient wisdom of Vedic astrology with technology,” Niravta explains.

They wanted to create a platform to provide practical solutions to people for their day-to-day struggles and conflicts. They wanted to build an algorithm that uses the theories of Vedic astrology as well as personal inputs, to provide accurate interpretations and answers. “We looked at the type of questions people were asking on different forums and also looked a lot at the services they were seeking but did not necessarily have easy access to,” says Nivrata.

How Cosmic Insights was created

They started looking for astrologers who were not only had in-depth knowledge but were also contemporary in their thinking – as they were attempting to translate ancient wisdom to technology.

“Dr Arjun Pai was the first astrologer we approached and we quickly formed an excellent rapport and decided to build Cosmic Insights together, so he is also a founding partner,” she states.

Cosmic Insights, christened in November 2016, was for anyone seeking to learn and understand more about the influence that the cosmos has on one’s life, based on the tenets of Vedic astrology. Launched first as a basic app, it showed daily transit details about the nakshatras (lunar constellation), providing users an understanding of the ‘energy’ influences at play that day and tips on how one could align with that energy. This offering was created with a modest team of three.

A noteworthy moment in their journey was when advanced astrology students, enthusiasts, and astrologers began accessing the platform to gain advanced knowledge and use it as a tool to check the current positioning of the stars and planets, to create their own clients’ charts.

In January 2017, they launched a major app update – and April 2017 saw their shop, www.cosmicinsightsshop.com, going live. In May, their blog was up and running. Content marketing is crucial for our business. “We closed Cosmic Insights first year in 2017 with half a million in revenue and have a healthy increase goal for 2018,” Niravta reveals.

Smart marketing and social media strategies have helped them gain a lot of traction.

“Customers often make suggestions to the app or the platform, an ask for specific consultation or information to be available to them – many remain loyal to us for this reason. Personalisation is key, remembering who they are, what they like, how they like things to be, ensures we have customers who have been with us from the beginning,” she says.

Niravta says that one of her underlying aims is to eradicate the fears associated with astrology - particularly planetary positions. “Our ethos is not fortune-telling, rather it is about providing a roadmap that guides people through their daily challenges. We empower them to manage and understand their lives better themselves by providing the necessary tools,” she says.

They now wish to launch a series of products that will assist people in this regard. “We are working on an inference engine, based on AI and big data - the first of its kind in the field of Vedic astrology. We are also working on a B2B prediction platform that, according to planetary influences, could predict the right time to run marketing campaigns and also help target the absolute right people at the right time with the right messaging, resulting in sales. We use this model for our own business and have seen phenomenal results,” she revealed, before signing off.