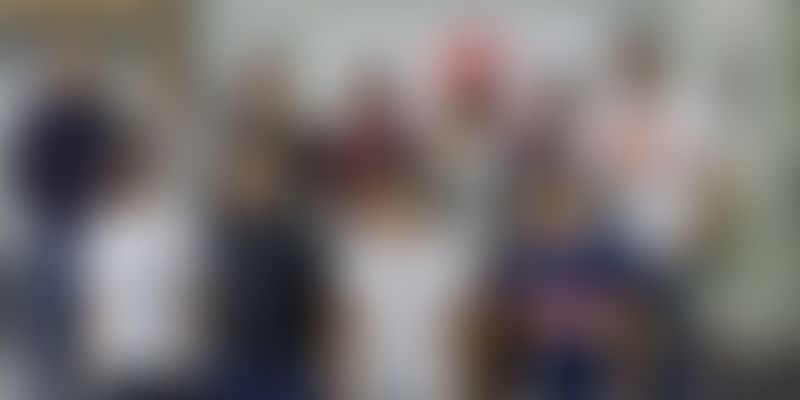 Bengaluru-based The Bridge is an online media platform for Indian sports. The startup envisions bringing every lesser-known sport and sportsperson into the limelight.

Did you know the youngest cricketer to debut for India wasn’t Sachin Tendulkar as popular belief goes, but it was Gargi Banerji, a woman cricketer? She made her international debut at the age of 14 at the Eden Gardens in Kolkata in a World Cup match against England in 1978.

With cricket being followed like a religion in India, other sports news often gets shadowed. Today, most offline and online media platforms only cover cricket and some other international tournaments. But most of this is limited or event oriented. Rarely do we see people or the game being truly celebrated.

This interest and passion for sports knowledge and information led Arshi Yasin and Shuvro Ghoshal, former colleagues at The Logical Indian, to start The Bridge in 2017 in Bengaluru. It is a new-age sports media publication that is focused on Indian sports.

According to the founders, The Bridge mostly covers content of lesser known sports in India, for India, and by India. From para sports and news from the grassroots to voices of former players and coaches, Arshi explains the platform celebrates each and every story on Indian sports.

“Most of the media platforms talk only about the success story of an athlete, but we at The Bridge focus on the struggle to the entire journey. We talk about other aspects of improvising the sports ecosystem. We have a diverse category of content on the website, which have been very well accepted by our readers so far,” says Arshi.

The idea was to create a one-stop media platform for Indian sports with a vision of bringing every lesser-known sport and sportsperson into the limelight.

“The tagline is ‘bridging the gap in Indian sports’ and the vision is similar to that. The Bridge is here to bring about a change in the sports ecosystem by highlighting issues that prevent us from creating a global presence across a wide range of sports,” says Shuvro.

Being their first venture, the founders had their fair share of challenges. Shurvo says they started with a five-member team, with all five moonlighting as writers, editors, designers, and managers. The aim was to stay true to the name and bring every sports discipline into the limelight.

Speaking of how the duo got together, Arshi says,

[The Turning Point] How a doctor-turned-entrepreneur built one of India's largest co-living sta...

In the past two years, Shurvo says they have come a long way – from starting with zero followers to an audience base of over a million users, with monthly impressions of 25 million across all social media platforms.

“In the past two years, a little over 2,500 stories have been published on the website, steadily increasing traffic, which now stands at around 25 million impressions every month,” he adds.

The team focuses on advertising and native content as its source of revenue. “We have worked with a couple of leagues, been a content strategist for corporates like HCL and Gatorade, and have produced videos for international sportswear brand Hummel among others,” says Arshi.

The team is also working on a few properties which it intends to take live early next year.

The Bridge received an undisclosed round of funding early this year by social entrepreneur Narendra Firodia, who is based out of Ahmednagar, Maharashtra.

Speaking of the funding, Narendra says: “The kind of work The Bridge was doing was outstanding. Currently, there are very few platforms which are covering sports at this micro level in India. The Bridge is not only covering sports stories but also trying to be the bridge between the players and sponsors or the players and government. Hence, it was not a difficult decision to make. I feel The Bridge is the right platform for the growth of sports in India. With the rise of social media and awareness, The Bridge can really create an ecosystem for the growth of sports, and more importantly for sportsmen in India."

The focus on sports content is also fast growing in India. In August this year, Mumbai-based gaming platform Nazara Technologies invested Rs 44 crore for a 67 percent stake in Sportskeeda, a media platform for sports.

Speaking of their future plans, Shuvro says, “The next plan is to make a mark with our coverage by the time Tokyo Olympics is here (next summer). Right now, we offer content in two languages - English and Hindi. We are working on moving into three other regional languages by the end of this year - Marathi, Tamil, and Bengali. Additionally, we plan to increase our properties by creating more elements that will help us to bridge the gap in Indian sports between the stakeholders and masses”.