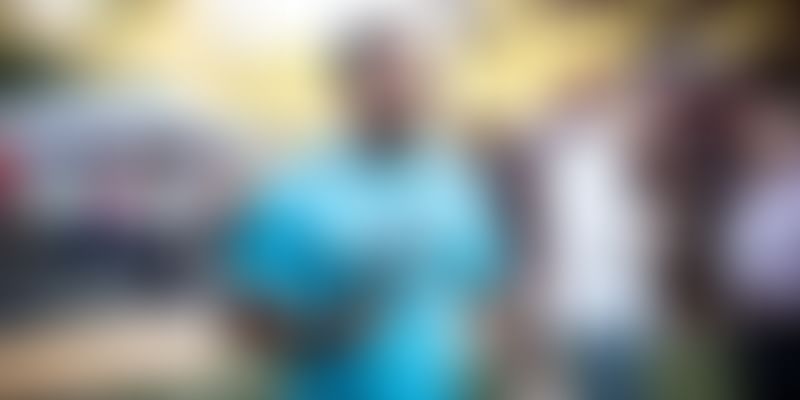 In this episode of 100X entrepreneur podcast, Ashu Garg, General Partner, Foundation Capital, shares his insights of the B2B and SaaS industry in the US, and the opportunities that lie ahead.

Ashu Garg graduated from IIT Delhi, and later completed his MBA from IIM Bengaluru in marketing and strategy. After completing his education, Ashu worked at several companies like Unilever India, McKinsey & Co, and Microsoft. He also worked as an entrepreneur in residence at Trinity Ventures, and he wanted to startup in the programmatic marketing space.

In 2008, he joined Foundation Capital as a partner, and has been majorly investing in B2B and SaaS startups ever since. Foundation Capital usually has ticket sizes ranging from $6 million to $10 million, and is primarily focused on Series A investments in technology startups.

When a startup takes an investor’s money, they are also betting on them: Semil Shah of Lightspeed Venture Partners

The Palo Alto-based VC firm is also one of the early investors in Netflix. Ashu’s portfolio companies include the likes of Localytics, QuanticMind, Opas.ai, ZeroStack, and FundsIndia among others.

Siddhartha Ahluwalia, Head of Community at Prime Venture Partners caught up with Ashu Garg in this episode of 100x Entrepreneur podcast, a series featuring venture capitalists and angel investors.

Tune in to listen to Ashu in conversation with Siddhartha:

Through the course of his operating career, Ashu has worked in both B2B and B2C segments, because of which he has a sense of how both the verticals work. He says, he personally resonates with founders who are deeply technical, and are solving hard, technical problems.

For the large part, these people are also the ones who eventually solve harder enterprise-focused problems. Having learnt so much by being around them, Ashu says he finds it natural to invest in them and their companies.

On being asked whether he looks for any criteria while shortlisting the founders, Ashu says there is no designated template that could possibly and appropriately vet a founder. He says, he is only concerned whether the founders have deep technological credibility while they are at the process of solving the problems with tech.

“Not every founder has the capacity to turn an idea or a concept into a product with the help of technology. I always look for those founders who have a strong product instinct,” he says.

He further adds that it is only because of this flaw in transition between an idea and a product, with technology as a catalyst, that he has seen most companies fail.

It is inexcusable to have founders who cannot get along run a company, says Sasha Mirchandani of Kae Capital

Advice for B2B companies to scale

Ashu strongly recommends that founders should only focus on going from zero to one, rather than zero to ten when it comes to scaling from building their minimum viable product (MVP). He thinks it is all and only about founder-driven selling and the subsequent hustling.

“You have to do whatever it takes to get to your first ten customers. The first million dollars is about how do you triple that money from there,” he says.

Ashu adds that startups should first go from one to three, and then from three to ten, and so on, and 1,2 and 3 are only about hiring the first two to three sales resources. At this stage, the value proposition is still evolving for a company, and it is constantly changing. No founder will have the landmark formula figured out even at $1 million in sales.

“Founders will need to look at hiring strong business development-oriented sales guys who can move around swiftly without a support structure. These are your commandos who will take your sales from $1 million to $3 million. After you hit this point, you will have to start thinking about scale and structure. They will have to look at hiring VP Sales and VP Marketing only after they cross these initial stages.”

Ashu further recommends that B2B startups should sell promotions and not products. He says that the enterprise buyers (sales) are putting their careers at risk when they negotiate to buy a product from a startup. Unless the founders can convince them of the probability of getting promoted, he believes they are not going to buy the product.

He recommends that it is imperative to figure out ways to connect with the buyers on an emotional level, and understand what drives and motivates them. When one is crystal clear about who their target customer really is, and an initial customer profile, he or she will have to hone in more on that.

“But that's no systematic approach in this process. It’s a staircase approach. You have to reinvent yourself at every single stage of growth, and ensure that the product offering is not just incrementally better, but dramatically better.”

According to Ashu, the best way to make the world a better place and make India a country that we can be proud of is through entrepreneurship, and entrepreneurs are the real agents of change.