We want to move data to empower consumers, instead of selling it to them: Vivek Raghavan of UIDAI 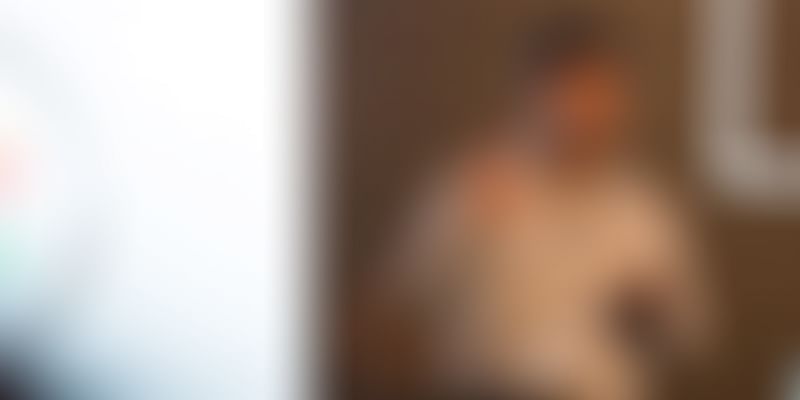 At ThoughtWorks Live India 2019, Vivek Raghavan, Chief Product Manager and Biometric Architect at UIDAI breaks down how IndiaStack is driving financial inclusion in the country.

Digitisation has been the talk of the decade even since demonetisation struck the Indian economy. With digitisation, the online payment system boom has catapulted into the global movement. In fact, Unified Payment Interface (UPI) transactions in the country touched a new high earlier in November 2019 - UPI clocked 1.22 billion transactions worth Rs 1.89 lakh crore for the month of November.

Vivek Raghavan, Chief Product Manager and biometric architect at Unique Identification Authority of India (UIDAI), explained how IndiaStack is of paramount importance at the ThoughtWorks' annual event – ThoughtWorks Live India 2019. He spoke about how it is more than just financial inclusion, and how it can actually drive financial inclusion in the country.

[YS Exclusive] Nandan Nilekani on how Aadhaar, UPI, account aggregator can be India’s big contributions to the world

To bring the population under a financial system, the fundamental step is that the government has to provide them the access. "Once the population is in the system, we have to give them some useful value, to further retain them in the system,” Vivek said, adding that this should be followed through with the introduction of the concept of data empowerment, where data enables individuals with methods that gives them access to credit.

If a graph is to be followed, for a country to go to 80 percent from 17 would take at least 46 years. However, India did this in seven years. And mostly, three things were responsible for this – Political Bill, a proactive central bank, and IndiaStack.

“IndiaStack is a set of technologies that can divided into identity layers, giving every resident a unique ID, and enabling them to prove that they are actually who they claim to be,” Vivek explained.

Enabling this is India’s APIs – Aadhaar, eKYC and e-sign.

In order to drive financial inclusion, IndiaStack facilitates the payment’s layer – allowing anybody to pay anybody else, and not just smartphone owners. And all in an inter-operable, fast and cheap manner.

“The UPI layer and the Aadhaar payment bridge enables these kinds of payments,” Vivek added.

The third and new layer is the data empowerment layer, which allows people to use their data to secure access to credit.

Addressing identities began in 2008. Prior to that, the number of people who had a unique identity that was acceptable throughout the country was one in 25, and it was the passport.

Aadhaar reached a billion people in just five-and-a-half years,and that too three years before the government’s prediction on how soon it would happen. Ninety-five percent of all Indians, and 98 percent of Indians above the age of 18 have an Aadhaar today; that is, 1.25 billion people are enrolled in the digital identity system, with 33 billion authentications having been done.

“More than 7.5 billion KYC transactions have been done so far, and $32.4 billion has actually been transferred directly to beneficiaries using the system. Now that people are in the financial system, you have to give them something to make them stay. The answer to that is UPI,” Vivek said.

UPI is a way in which India actually leapfrogged most other countries to allow inter-operable payments between all banks, using a unified payment trade (for both B2B and B2C). Thus, customers have instant payments available all the time that its low-cost and inter-operable – all banks work on UPI and it’s fintech friendly with a whole bunch of companies based on UPI.

Today, UPI transactions are way ahead of credit and debit card transactions. And according to Vivek, trends show that UPI is going to be the dominant way in which people transact money.

Once the population has an identity and a payment system, how do we put it together to allow people to use this data to get access to credit and actually change what happens with the economy?

Today, big tech companies gather and retain data about their users in proprietary silos. But the issue here is that it is the companies alone that are benefiting from all this data as people are not able to benefit from their own data.

So how does it work?

Thus, if a small business entrepreneur is a part of the digital system and has a digital footprint, it allows the business to get a micro-credit, thus inducing growth for the business.

“With the account advocator framework, people can view their data directly from the source. It is guaranteed to be tamper-proof, low-cost, and in real time. Using this will allow lenders to build more effective models and understand the risk of lending to any individual and also create a warning system,” Vivek said.

Accountability renders consumer financial information safe, and it makes its every usage open to audits. But, more importantly, it makes it usable for the consumers.

Now that there is access and retention through payments, the digital exhaust of these payments will need a virtuous cycle of credit to the system. Once these payments can be used to share data security, trust can be built and more users can be encouraged to come on board.

Before, in the pre-digital era, there were the central banks but going ahead, big tech companies will say that they want to use a combination of blockchain and crypto wallets.

“The approach that India has taken is both unique and is something that we can export to the world and use ourselves to digitally transform ourselves. It’s also an example to the world,” Vivek added.