For Amrish Rau, angel investor and co-founder of Citrus Pay, right synergy with founders is critical 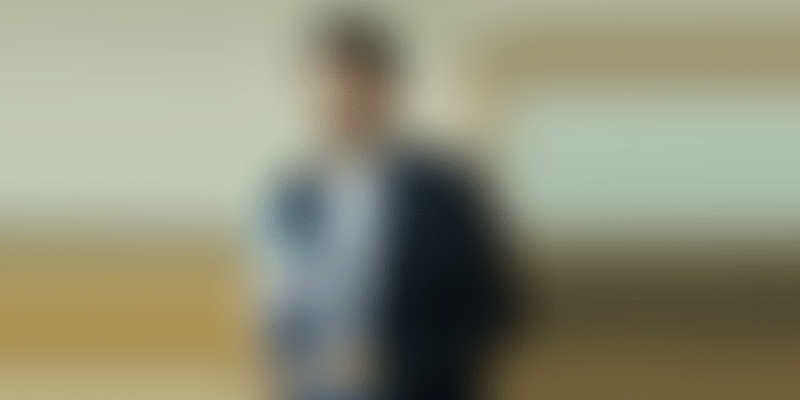 In this episode of 100X Entrepreneur Podcast, co-founder of Citrus Payments and angel investor Amrish Rau shares deep insights on the fintech space in India and how startups can capitalise on the existing gap in the fintech ecosystem.

An electronics engineer from Mumbai University, Amrish Rau started as a sales manager at Siemens Nixdorf in 1996. Then came his role as general manager at Teradata for five years and country manager at First Data for eight years.

Clearly, his expertise was attuned for the role he was to harness as an entrepreneur. In July 2014, Amrish started up with Citrus Payments, which was acquired by PayU for $130 million in 2016, then one of the largest deals in India fintech.

As part of PayU, he served as CEO for two-and-a-half years. From March this year, Amrish started to head partnerships and investments at PayU, out of its Singapore office.

As an angel investor, his portfolio companies include CRED, Khatabook, Signzy, and OPEN Bank, among others.

In March 2019, Rau moved on from his role as PayU India CEO to lead the financial technology partnerships and investments for Naspers, the parent company of PayU.

Siddhartha Ahluwalia, head of community at Prime Venture Partners, caught up with Amrish Rau in this episode of 100x Entrepreneur podcast, a series featuring venture capitalists and angel investors.

It is inexcusable to have founders who cannot get along run a company, says Sasha Mirchandani of Kae Capital

Amrish attributes finding a purpose in life to his strength in treating every gig as just another game to play, and how he never looked at a particular career or remuneration in a serious manner.

“I’ll happily go on record and say that money does not have any value. Similarly, I never looked at a career from a career ladder perspective - where will my career go or what the next promotion is all about,” Amrish admits.

In fact, for the fintech startup expert, everything was assimilated in terms of how it improved his team and himself, and what the deliverables were, short and long term. Amrish stresses on one aspect - one should be happy and find better ways of looking at their work life, especially if they spend 50 percent of their daily life at work.

Long and deep relationships are critical for Amrish, who has had such relationships with the founders he places his bets on. Thus far interestingly, he has invested in companies where the founder did not have a business plan (in place), only a resignation letter in hand.

“I enjoy my time with my founders, which is very critical. If there is potentially a great business and no chemistry between me and the founders, I would not want to do anything there,” he adds.

One would think Amrish is in the thick of the action given his career graph and fintech expertise. He admits otherwise – in fact, he has never been particularly busy in life, and has time to meet any founder seeking advice.

Keeping money aside, which comes later when all variables come together, Amrish feels that any founder can openly write to him for a conversation, for both parties’ to gain from.

He believes that faster payments and credit solve the existing unsolved problems in the current payments landscape. One can argue that there is a PhonePe or a Paytm or a Google Pay, yet he believes that there ought to be a strong product that needs to be built which goes deeper into markets, even as deep as the college student market.

Speaking about the credit system, he says there are many players exploring the space, and the market is humongous for growth and scale. The number of players trying to penetrate the market when compared to its size is very less. Thus, a large playing field is there for the taking.

“I still think that there are more problems in making payments faster, and many fintech startups are going to explore the same. I believe at least 5X more number of fintech startups should explore the credit and lending industry. This applies to both B2B and B2C segments,” Amrish says.