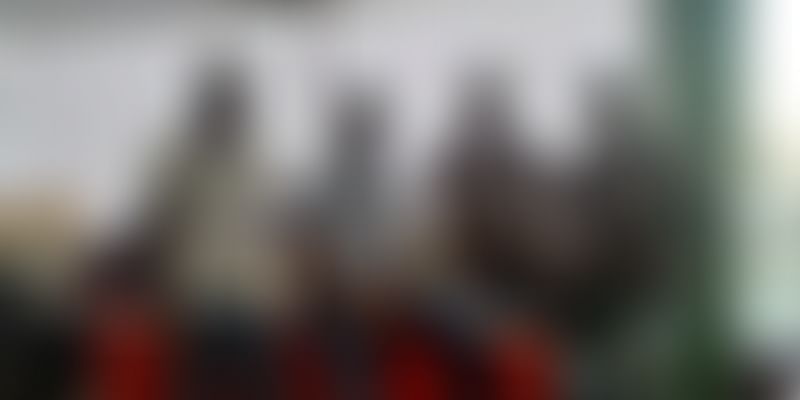 It is a common phenomenon with parents and teachers asking students to practice a lot, especially during the exam seasons, and QuizNext steps in here to make practice and revising subjects interesting for the students. The startup acts as a personal coach, that knows what a student should practice, when to practice, how to engage the student, and motive them to complete it.

QuizNext was started in December 2018 and was founded by four edtech professionals who used to work together with VidyaNext, another edtech startup.

Guruprasad Holla, Founder and CEO, who also headed the engineering and content team at Vidyanext, says,

“During our time at VidyaNext, we had seen that every year in December not just kids but, even parents were stressed about exams. It was the time where the demand for tutor hours would spike, generating a significant portion of the company’s revenue. And, parents wanted their kids to spend time revising the entire portion. Often revision is seen as an exercise that is done a few weeks before exams, and everyone is on a lookout for condensed materials or sample papers. There is no structure associated with the revision plan. There is also a major misconception among most parents that their kids struggle in exams because of their inability to understand concepts. To tackle this, students are either compelled to go for tuitions or learn from online videos. However, the reality is that students struggle in exams because of the lack of practice”.

The only way to tackle the issue of students’ forgetting the concepts is to revisit those concepts at appropriate intervals, the founder adds.

“However, less than three percent of students are motivated to revise when they don’t have exams, and 80 percent of students don’t know what and when they should be revising. Further, the education system is also designed to make students forget what they have learned. They study a chapter, take a test on it, and then do not revisit it or apply concepts studied till the summative assessment”, Guruprasad says.

After closely working with over 600 tutors and 3,000 students in their earlier job, the co-founders realised that by using game-elements inside classrooms, they could get students to learn topics outside of their syllabus, which otherwise was difficult.

With this as the background, the four jumped in the fray of edtech competition and decided to build QuizNext.

“Using game elements, we could engage and motivate students to practice concepts even when they don’t have exams. This way, we maximise the knowledge retention and enable stress-free exams by the end of the year,” he adds.

With a strong technology background and over 15 years of experience in building products for various clients, Guruprasad Holla now serves as the Founder and CEO of QuizNext. Earlier he was the Principal Architect at Harman.

Chaiitanyaa Naik, the Co-founder and Product Head at QuizNext, has experience in the consumer internet space. He has previously built Febler – an audio entertainment platform, and Yspot – a customer engagement platform for B2B businesses.

Another Co-founder, Prasanth T is a passionate techie with over seven years of experience working with various product development firms. He comes with strong domain knowledge, having built multiple edtech products for students, teachers, and tutors. Before VidyaNext, he worked as an Android Developer at DreamOrbit and MMAD Apps.

Guruprasad, says, “Since the launch nine months ago, we have garnered 75K+ users and have received over 3.2 million question attempts. We have witnessed 85 percent of our users improving their knowledge retention during the last exam season. We have also seen students complete about 3.6 solo practice sessions before starting a Challenge Quiz with friends and other online players. With the personalisation of game elements based on student behaviours, we have been able to get students to complete 48 percent of our recommendations”.

At present, the startup sells its pro-version of the gamified platform at Rs 1,499, for a year’s subscription.

“Most of the educational apps focus on the learn-practice-test path. Carving out this path for each student using adaptive learning has become the norm in modern-day learning systems. However, the mechanism to revisit this concept doesn’t exist, because driving students to practice when they don’t have an exam, requires extrinsic motivation and, that’s where our balanced approach towards gamification comes in,” Guruprasad says.

He adds that while other edtech players’ focus is on the teaching of content and making videos, QuizNext focusses on practice and revision.

“We use an AI-based personalisation approach to initiate the practice activity, where we have seen a 48 percent success rate in students taking up the recommendation. Some students might be interested in making their school win compared to someone, who just wants to settle a score with his best friend. We offer nine modes of gamification, delivering both intrinsic and extrinsic motivation, and offer three types of content to engage with. Whereas, most of the products use multiple choice questions as the only means of engagement,” Guruprasad says.

Currently, the startup is bootstrapped and offers a freemium model, as well as a yearly subscription model which costs only a fraction compared to other learning systems. “Since we use our tutor network to curate learning videos from YouTube, we do not spend money on creating videos”, Guruprasad says. The startup is currently bootstrapped.

How does the platform work

Along with the gamified practice content, the startup offers curated remedial videos, worksheets, and test papers.

“In any gaming app, users burn out too quickly or get bored quickly. We witnessed this very early on. We also realised that the need and level of gamification (extrinsic drivers) vary across students depending on the level of intrinsic motivation. Further, the rate of engagement varied across game elements and the type of triggers. Personalising the game elements helped us to not just solve the engagement problem, but also to drive students to complete 48 percent of our recommendations,” Chaiitanyaa Naik says.

However, QuizNext one challenge, which was to scale the content that can be resource-intensive.

“Now, this is amplified when you are on a gamified learning platform as the need for interactive content is high. Instead of scaling the content team, we resorted to adapting technology to create more content. At QuizNext, we extensively use machine learning models to generate and validate learning content. Similarly, we have systems in place that generate insights around content, based on interaction data, which flags content improvement areas,” Chaiitanyaa says.

At present, QuizNext is focussed on CBSE and ICSE students from Class 6-10. It is looking at both horizontal – user segment beyond K12, and vertical growth – content we provide, during the next academic year.

QuizNext is also trying to position itself as an afterschool activity, that will not only reduce the burden for teachers to give homework or worksheets but, will also ensure the student visits the topic throughout the year. The startup is also partnering with a leading publisher to take QuizNext to school, as a post-class assessment and feedback tool for teachers, which will make QuizNext available for 4,500+ schools across India.