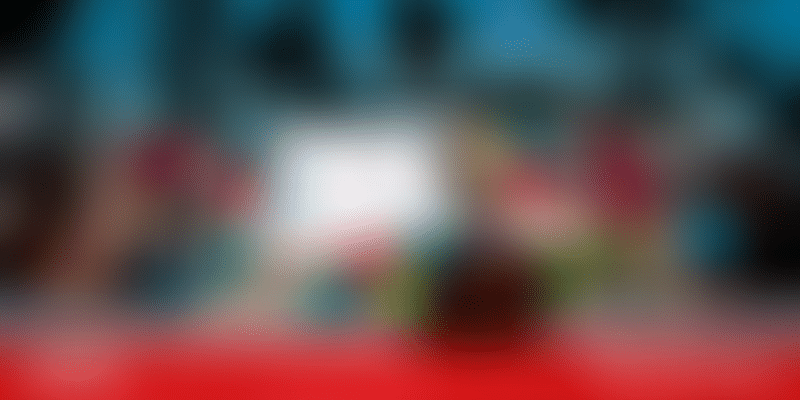 Hans Tung, the Managing Partner at GGV Capital and a seven-time Forbes Midas Lister, explains the reason behind the “Chuhai” wave and how Chinese companies can best recruit local talent and bridge cultural gaps.

As the mobile internet market in China reaches a saturation, an increasing number of Chinese entrepreneurs are now eyeing other developing markets where mobile internet is just starting to take off. Many of these countries such as Southeast Asia, India, Latin America, and even Africa, are seeing their internet sector dominated by Chinese companies.

Hans Tung, the Managing Partner at GGV Capital and a seven-time Forbes Midas Lister, explains the reason behind the “Chuhai” wave and how Chinese companies can best recruit local talent and bridge cultural gaps.

In 2013, Hans says, he saw a few things that happened in 2012 that made him decide why Chinese companies expanding overseas could be a huge opportunity for the next 10 years.

NSDL, which has been delivering citizen services online since 1996, has now ventured into education financing and skill development for the underprivileged. YourStory caught up with NSDL e-Gov chief Gagan Rai to know more.

These top trends will shape the future of Indian SMBs

The small business and MSME sector will play a critical role in achieving India’s goal of becoming a $5 trillion economy by 2025. Read on to find out the top industry trends in 2020 that will impact a sector employing over 100 million people and accounting for 45 percent of manufacturing output.

How startups from Bharat are scoring big

The Indian startup ecosystem has always been synonymous with the metros, more so with Delhi, Mumbai, and Bengaluru. Factors like better exposure to technology, closer proximity to investors, and availability of skilled professionals often tend to work in favour of entrepreneurs from the metros. This year, YourStory dived deeper to explore the startup ecosystem in Tier II and Tier III cities of India.

SATO's eco-friendly and low-cost toilets are helping make India's Swacch Bharat Mission dream a reality. The 'green' toilets have been installed across many Indian states, and are a sustainable solution to India’s sanitation problem.

Why Richard Branson hopes to be 'third-time lucky' in Mumbai

Legendary entrepreneur Sir Richard Branson, who founded multibillion-dollar British conglomerate Virgin Group in the 1970s, says he never saw himself as a "businessman". He was in Mumbai to showcase Virgin Atlantic's renewed focus in India. He also spoke about the challenges of entrepreneurship at a thought leadership event titled 'Business is an Adventure'.

These headlines women would have liked to see in 2019

As the curtain falls on 2019 and we look back at the year gone by, there are many reasons to celebrate women and their achievements across different fields. But along with the hits came the misses – women still face challenges that impede their growth and development. From gender sensitisation, fast track courts, to reining in trolls on social media – here are some headlines we would have liked to see in 2019.

TikTok maker has come up with Resso, a new music app for India

For the longest time, speculations have been rife about a new music app being in development at ByteDance, the Chinese internet company behind the wildly-popular video-sharing app, TikTok. The music app called Resso has a freemium model with features like real-time lyrics and the option to create lyrics quote and leave comments about a track with fellow community members.