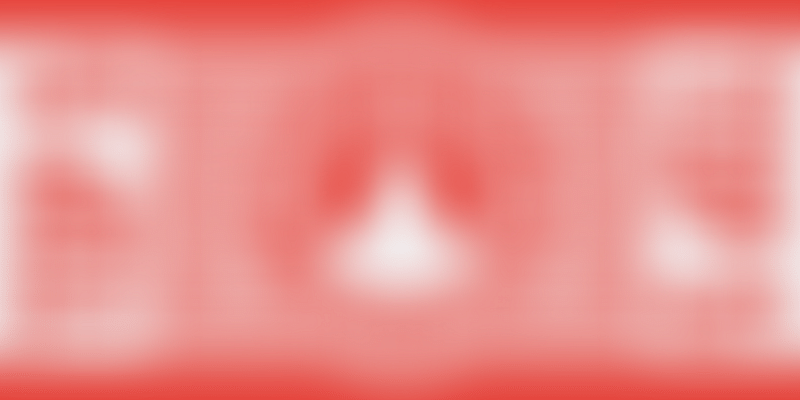 This year, YourStory dived deeper to explore the startup ecosystem in Tier II and Tier III cities of India. But what exactly made these startups from Bharat work? Let’s take a look.

The Indian startup ecosystem has always been synonymous with the metros, more so with Delhi, Mumbai, and Bengaluru. Factors like better exposure to technology, closer proximity to investors, and availability of skilled professionals often tend to work in favour of entrepreneurs from the metros.

However, this does not mean entrepreneurs from non-metros lack ‘innovation’. In fact, earlier this year, YourStory dived deeper to explore what lies beyond the glossy glass buildings that startups work out of in the metros.

YourStory's Startup Bharat was launched in January 2019 to celebrate the entrepreneurial ecosystem in Tier II and III cities of the country. And what we found was actually an eye opener – startups beyond the metros have solid foundation and are working on solving ‘real life’ problems.

“Colleges in B and C towns have implemented E Cells and real or virtual incubators, thus spreading awareness of possibilities and support to startups,” says Anupam Jalote of iCreate.

According to YourStory Research, startups from Tier II and Tier III cities raised $365 million this year, compared to $383 million in 2018. The funding deals also went up to 59, from 48 the year before.

Having said that, Jaipur continued to top the list of cities that raised maximum funds. The pink city attracted 12 deals taking the total amount raised to $290 million. In 2018, the city attracted $191 million across 13 deals.

Sector wise, agritech saw good traction this year. Last year, the sector raised only $1 million across two deals. However, this year, the investments shot up, and agritech startups raised six rounds of investment, summing to $17 million.

“One important thing that founders from metros can learn from their peers in small towns is the ability to manage cashflow… Most of the companies have shut down because they ran out of cash. But our experience in small towns has been that entrepreneurs are able to manage their cash well, they are alive and surviving, irrespective of whether they receive funding. I have seen companies which haven’t raised any money but are growing.”

Startups from Bharat are also attracting global investors. At the recent KSUM Huddle, 2019, Christopher Issac Biz Stone, Co-founder, Twitter, and an angel investor, announced that he will be investing in Kochi-based startup, Sieve. While it is Twitter’s first major initiative in the state, the funding amount remained undisclosed.

[Startup Bharat] Founders in metros should learn how to manage cash from peers in small towns, says Anil Joshi of Unicorn India Ventures

Last year, financial services took the top spot and received $121 million in funding across five deals, while automotive remained in the second position with $77 million across two deals. However, this year, the automotive sector attracted five deals, raising a total of $200 million, while financial services occupied second position with $98 million across four deals.

In fact, the automotive sector and Jaipur owe a major portion of this contribution to CarDekho as the automobile classifieds platform raised three rounds of funding this year.

Similarly, Gujarat’s iCreate has consciously focused more on embedded systems, electronics, and IoT, rather than focusing on pure IT software-based products. In fact, according to founder Anupam Jalote, iCreate tends to invite and see more hardware-based products.

Erik Azulay of IC2, an interdisciplinary unit of the University of Texas at Austin, says startups should “Think globally and solve locally. It is not much about the tech, but about the problem you are solving using technology. Startups should focus on solving global problems.”

While startups from the metros are busy copying or trying to be as good as their counterparts in the Silicon Valley, startups from Tier II and Tier III towns and cities are focused on solving local, on-ground problems.

Anil says, “The biggest learning from the small town startups, especially in Kerala, is that they are solving real life problems. That is the reason why they are able to do business quickly. Entrepreneurs associated with these startups find a local problem, solve it, and then expand globally. Genrobotic has been profitable since its inception.”

Similarly, Kochi-based Inntot Technologies, which digitises analogue radios to digital radios, has served clients in Japan and Korea. While focusing on India as its key market, it is targeting the chipmakers from the US and Europe.

While startups from non-metros have come a long way, the road ahead is even longer. As a step forward, the government has put in place various policies to further encourage these small-town entrepreneurs. There has to be execution from both the startups and the government.

The Government of India has been hosting a series of events and hackathons as well to enable entrepreneurship in the non-metro cities. The Government of Odisha has been conducting ‘Make in Odisha’ for eight years now, inaugurating projects and driving investment in the state.

Anupam says, “Nobody can increase the supply of startups. It grows from the national pool. The government has played a huge role in creating a positive atmosphere and buzz around startups. People from traditional families are now either working for startups or starting out on their own. This was not the case five years ago. Supply is now growing.”

The Department of Promotion of Industry and Internal Trade (DPIIT), under its Startup India initiative, has started WING – Women Rise Together, for capacity development of women entrepreneurs in the country. The WING programme identifies and supports both aspiring and established women entrepreneurs in their startup journeys through workshops and access to incubation, investors, and various business support services.

DPIIT recently launched the Kerala edition of WING. Anil Agarwal, Joint Secretary, DPIIT, said: “We understand the potential of mobilising women entrepreneurs in the country. Through this Capacity Development Programme, we want to bring more women to the forefront of innovation and support them with various benefits like incubation, mentorship, investments, etc., to help them grow.”

Besides these, the government has been providing grant for product development, support for patent or IP, provide mentorship, and is also arranging events and challenges.

Jayant Nadiger, Trade & Investment Commissioner of Flanders, says, “Whenever you take a new product to the market, it is always tough. It is important to validate the product from an ecosystem point of view. Mentorship becomes very important at this stage - not only technology mentorship, but also market mentorship.”

Startups in Tier II and Tier III cities do have skilled individuals – both in terms of quantity and quality, but they lack the advantages those in metro cities have, who take it for granted. This is where incubators and accelerators come to the scene by providing co-working spaces, guidance, mentorship, and helping these startups scale.

The year 2019 also brought into light many of these accelerators and incubators from Tier II and III cities. With most states having a Startup Policy in place, the Kerala Startup Mission itself saw 700 new startups being incorporated in the state this year. Gujarat’s iCreate has incubated 37 startups so far.

Besides, there is Ashoka University’s AIM Smart city accelerator which empowers startups from the non-metro cities working on healthcare, sanitation, and waste management issues.

Assam launched its incubator The Nest earlier this year and Jaipur has its swanky incubators – Bhamashah Techno Hub, MIIC, and iStart.

Talking about what lies ahead, Anupam says: “The ecosystem in the metros are driven largely by VC or Angel money, and marketplaces for startups. VCs tend to invest money in close vicinity where they can easily monitor and reach out. Metros therefore takes a large share of VC money. Channelising VC money into “Bharat” is the need of the hour. We also expect the state governments to announce more start up policies and initiatives.”