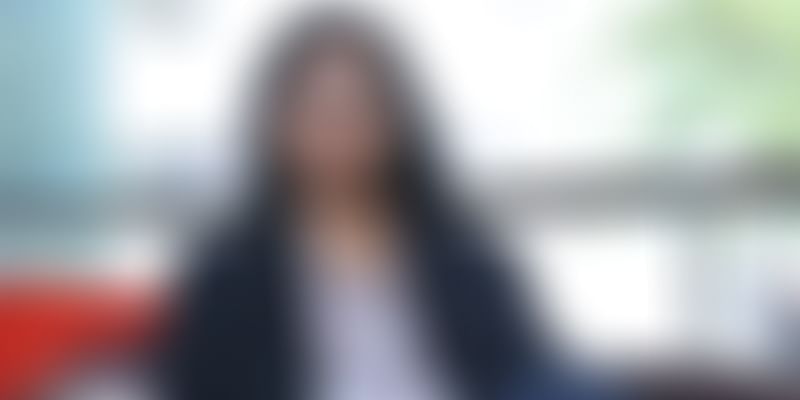 In a conversation with YourStory at the Cisco Smart City campus in Bengaluru, Daisy Chittilapilly, Head of Digital Transformation at Cisco for India and SAARC, speaks about how the IT and networking conglomerate has transformed its workplace, services, supply chain, and security with digitisation.

Digital transformation is a term that is widely used across industries today. It basically means companies adopting digital processes and tools to achieve their goals. While at one end it refers to the transition from an analog world to the digital world, it can also refer to the adoption of latest technologies like artificial intelligence.

While there is some talk that the term is being used as just another buzzword, experts and armchair thinkers believe it does not actually hold much relevance for most enterprises and startups.

According to IDG, 89 percent of companies plan to adopt a digital-first strategy, but only 44 percent of them have actually done it. Nevertheless, thanks to technology and data, there is a tectonic shift in the way we interact with businesses - from ownership to consumption, which has led to a hyper-personalised selling pattern.

Digging deeper, YourStory met IT and networking conglomerate Cisco Systems to take a look at how the term holds value for a company that is known to sell networking infrastructure in hardware.

Today, the company has transformed its workplace, services, supply chain, and security with digitisation.

In a conversation with YourStory, Daisy Chittilapilly, Head of Digital Transformation for India and SAARC, Cisco Systems, speaks about how connected we all have become as a society, which is certainly the maximum connection at this point in history.

“It is so connected that we are now even augmenting our intelligence from the outside, like using a Google search or an Alexa. Whether it is the payments space or even archaic services like education and healthcare, there is a whole new different way of interaction with users. Also, it is the same when it comes to governments’ interaction when they offer services to citizens.”

From an office to a digital city

The Cisco smart city campus in Bengaluru hosts 72,000 employees, and is said to be hyper-connected with several in-house collaboration solutions across teams. Built on an over two million square feet campus-as-a-city, Cisco’s pervasive physical network infrastructure seamlessly connects to devices like sensors, information access points, and mobile devices with high degree of security.

As a result, the company has recorded $1.7 billion in productivity savings. Adding video endpoints to every sales desk has helped accelerate deals worth $682 million. Designed to monitor the energy usage of all the devices connected to the network, the solutions, derived out of digital transformation, have helped cut energy costs by almost 35 percent.

The smart parking system on campus, powered by Internet-of-Everything (IoE) technology, monitors the number of vehicles and indicates empty spaces as well. Users (employees and visitors) can check for the available spaces through the mobile app.

“We have been using high-speed automation to bring agility to the company. We now have data at the fingertips of users and decision-makers in self-service mode business language. So, it is a big shift - both in the way we operate and our business model. As for our supply chain, we have reworked all of it - from forecasting and inventory planning to order fulfilment for better visibility and efficiency, and lesser costs,” she said.

The cubicles inside the campus carry QR codes, and employees can scan and log in to their workspaces and also personalise them. The security system is also built-in within these borderless offices where privilege-based network access is given to users based on their roles.