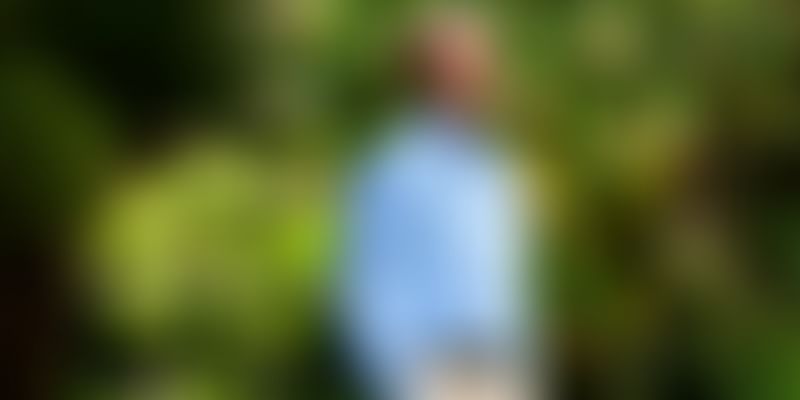 In this episode of 100X entrepreneur podcast, Shripati Acharya, Managing Partner, Prime Venture Partners, shares his insights on SaaS opportunities in India and the core fundamentals of early-stage investing.

Shripati Acharya is the co-founder and managing partner at Priven Advisors, which is also an advisory to Prime Venture Partners.

Growing up in Bhopal, Madhya Pradesh, Shripati studied at Kendriya Vidyalaya. A serial trekking enthusiast, he graduated from IIT Madras, has an MS from Stanford University, and an MBA from Harvard Business School.

After completing his MBA, he went to the Bay Area in California to co-found Snapfish (now part of HP), a photo printing company, in 1999, and oversaw the product and operations for three years. Shripati then moved to Cisco and worked with emerging markets for nine years. Later, he worked on authentication and the applications of UIDAI’s Aadhaar.

Siddhartha Ahluwalia, Head of Community at Prime Venture Partners, caught up with Ashu Garg in this episode of 100x Entrepreneur podcast, a series featuring venture capitalists and angel investors.

Tune in to listen to Shripati in conversation with Siddhartha:

Shripati says judgemental bias is the most-popular bias in the startup ecosystem, and hence urges investors to approach every opportunity and every entrepreneur without a pre-formed judgement.

He says, “It is very easy to say that an idea might not work, and it is the worst thing a venture capitalist could do. Because entrepreneurs are there to prove that the existing ideas are wrong in the first place. The ability to look at every situation with first principles, and really understand that you might actually be wrong is a mindset you really need to have if you want to thoroughly evaluate, and we do justice to an opportunity.”

The second thing he points out is learning the best one can from as much experience as they can, which can either be good or bad experiences.

Assuming that an investor has invested in something, and it doesn’t go well, it does not necessarily mean it is not going to work in the future. Shripati says that patterns hardly ever work in investing while trying to derive insights out of past data, because the growth is very dynamic. What did not work three years ago or before the data penetration might certainly work in today’s time.

“The same will apply to something that worked in the past. You can easily fall into the trap of replicating the same method in the present, because you are doing too much of power-patterns from past data. In my opinion, it is really a mistake, and probably one of the biggest decision-making traps, I would say,” Shripati says.

The VC firm today has its portfolio spread across SaaS, fintech, and largely product-driven startups.

Speaking of how that framework came into place, Shripati says it is always important to go into areas and sectors that the investors are really aware of, and that they should be humble enough to accept there are some areas they don’t have expertise in.

“You really cannot add value to those entrepreneurs who are outside your domain. So, you should always learn new things and build more from the things you already know.”

Considering that the team at Prime has had prior experience and knowledge in technology-driven businesses, Shripati says that domain expertise comes to them naturally. Thanks to this, the team has the liberty and confidence to play a startup’s future forward a little, and see how things could possible pan out for the company. In that process, some amount of co-creation of ideas and tweaking leads to creating favorable things for both Prime and the startup.

“The more you anticipate some of these things, the better investor you become. We have had fairly good experience in investing in fintech startups, and we closely saw how those cycles came around for the startup. We can anticipate what things would work and what wouldn’t,” he says.

He further says that it does not mean that a particular pattern will certainly repeat just because we have seen it in different forms earlier.

With technology evolving so quickly, Shripati says he always likes to read up a lot on what the driving force could next bring, and likes to stay updated constantly. He further says he also tries to talk to plenty of people from different technology domains to understand diverse models and trends.