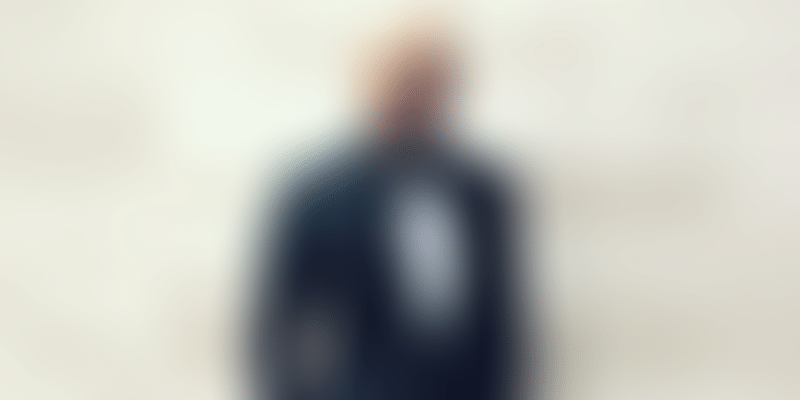 Brother-turned-entrepreneurs Devesh Chhabria and Namit Gvalani started the Superhero Toystore in 2014 to cater to the rising market for pop culture merchandise in India. A few years down the line, their ecommerce business has managed to break even, and achieve profitability as well.

In the battle of Marvel vs DC, there is one clear winner – the fans.

These are the people who have devoted their valuable time, effort (and of course, the big bucks) in appreciation of their favourite superheroes. Whether it is for a first-day, first-show ticket or on the rare action figures and collectibles that subsequently flood the market, the price tag really has little to do here.

No wonder then that riding on the back of these trends, the market for superhero merchandise has skyrocketed in the last decade. In India alone, there are a dozen brands which have, with the emergence of the millennial and Gen Z spender, leveraged the changing consumer behaviour and the associated nostalgia to monopolise the pop culture market. In the process, attaining a pop culture status for themselves.

Brother-turned-entrepreneurs, Devesh Chhabria and Namit Gvalani's brainchild, the Superhero Toystore, is also en route to such a prominence. Started in 2014, the Mumbai-based startup was purely born out of the passion for toys and the love of superheroes. Today, the ecommerce store is a one-stop destination for everything superhero and beyond.

“One of our biggest USP is the assortment of merchandise we have on display,” says the founding duo. “We bring the very best of pop culture merchandise including action figures, bobbleheads, statues, cars, and collectibles from across the world to India. This is what makes Superhero Toystore so very unique and exclusive to our customers.”

For the love of comic-book icons

While growing up, the cousins recall that comic book icons like the He-Man, caped crusader Batman, and the army of the G.I. Joe featured prominently in their lives. These larger-than-life figures, with their acts of heroism and fights for justice, not only fuelled their childhood imagination, but also secured a permanent spot in their heart, long after adulthood had kicked in.

Unfortunately, in India, despite a thriving entertainment industry, it wasn’t until recently that a bunch of players had chimed in to cater to the country’s pop culture needs.

“All of us were left in awe when someone went abroad and got home a superhero toy or a quality action figure,” says Devesh adding, “My memories jog back to a DC Batman action figure with night vision that my cousin had got me as a gift and a Batman lollipop spinner that he always had.”

Inspired to cater to this gap in India’s pop culture market – and also propelled by Devesh’s entrepreneurial dreams – superherotoystore.com took off in 2014. The startup today boasts a team of 15, serving as a fully-functional ecommerce store and working with more than 30 global brands.

“Our products are carefully sourced from across the world including India, Belgium, the US, Hongkong, Japan, and the UK, thereby curating a one-of-its-kind experience for our customers,” the co-founder says.

The rise of superhero fandom is nothing but an extension of nostalgia and the sentiments associated with the first figures of heroism. Such a powerful emotion this is that Hollywood’s biggest production houses – the likes of Marvel, Warner Bros, and the host of gaming franchises – have churned out numerous profitable ventures, including big-ticket blockbusters and an equally lucrative merchandise spinoff.

After all, who doesn’t fancy wielding the wands of the memorable wizards from Hogwarts or a token of reminder from the greatest TV show of the decade, Game of Thrones?

Superhero Toystore has been banking on a similar mix of nostalgia and feeling of oneness with the fandoms. The majority of its target demographic belongs to the age group of 18-35, and its vast array of collection ranges from Disney’s Frozen franchise to the Harry Potter merchandise, Lord of the Rings collectibles, Fantastic Four action figures, and a host of other memorabilia including the James Bond’s miniature Aston Martin.

“Millennials and Gen Z, with their immense influence, continue to shape our strategies and motivate us to constantly reinvent ourselves towards delivering innovative products on a consistent basis,” quips the founding duo.

“Such has been the increase in traffic [traction on the website] that we’ve come a long way from being a mere passion project back in the day to being a full-fledged business,” they add.

The market for licensed merchandise in India is currently at a nascent stage as compared to other developed markets across the world, particularly that of the US. Having said that, India is poised for further growth with people now being more aware and passionate for quality merchandise and being constantly on the lookout to add to their personal collection, says the founding duo.

It is with this vision that the siblings, hailing from varied backgrounds – Devesh, an MBA in Finance with prior experience in ecommerce grocery store LocalBanya, and Namit, who holds a Master’s in Finance from the Durham University – came together to cultivate their mutual love for everything pop culture into a prospect business.

Their online venture, Superhero Toystore, launched with an initial investment of Rs 40,000 – which they say came from their own savings – has come a long way since its inception, having broken even and turning into a profitable entity this year.

“Having gained a foothold in the market, we witnessed an organic growth of 80-100 percent Y-o-Y with similar growth expected this year as well,” the founders add.

If their persistent efforts so far led to Superhero Toystore making a mark in the collectable space, the roadmap from here on gets only more customer-centric. Having brands to realise the immense potential that India brings as a market was just one half of the journey, and the remaining pertains to amplifying pop culture as an experience.

After all, it’s the undying love from die-hard fans that inspire Devesh and Namit to do what they do best: bring home the heroes.

With 1 million+ downloads and 5k paid subscribers, how Riyaz is taking the music tech space by storm