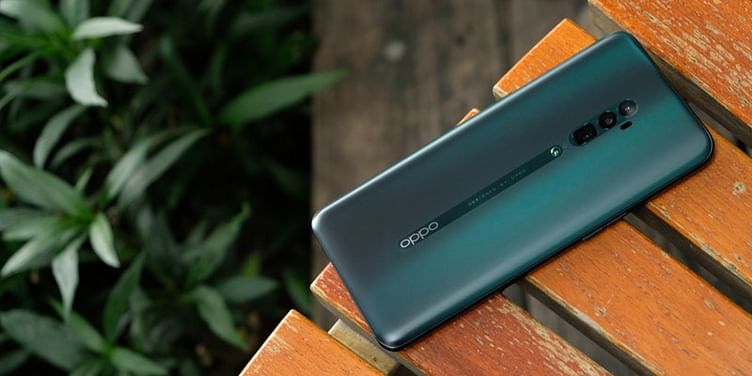 Keeping 'Make in India' mission at the core of its growth strategy, Oppo is aiming to manufacture 100 million smartphone units locally by the end of 2020.

Chinese tech giant Oppo is looking to cash in on the "incredible" opportunities thrown by untapped millennial population in the Indian market and charting out strategies to back the government's 'Make in India' mission by extending support to startups and bringing India-centric innovations.

Keeping 'Make in India' mission at the core of its growth strategy, Oppo is aiming to manufacture 100 million smartphone units locally by the end of 2020 and bring world-class technological products that meet the needs of the ever-evolving Indian consumers.

With fast-changing technology landscape in India, Oppo is also shifting its focus towards next generation innovations like 5G and Internet of Things (IoT) to drive its next leg of growth in the country.

On the future course, Oppo India Vice President (R&D) Tasleem Arif said, "India is a promising market when it comes to the roll out of 5G. India's new National Digital Communications Policy (NDCP) presents a positive vision for the industry and country, with the goal of creating the digital infrastructure that supports the next generation of digital services."

At Oppo, he said, work on 5G network has already begun at its Hyderabad research and development (R&D) centre, and as soon as the ecosystem gets in place, the company will bring in innovative 5G technology-enabled smartphones.

5G network is being seen as the next battleground in the telecommunications space where service providers and equipment manufacturers are waging an all-out war to prove their dominance in the entire mobile ecosystem.

In the backdrop of muted smartphone sales in recent months in many countries, India becomes even more important for manufacturers in their global growth strategy as the Indian market with its large untapped millennial population presents an exciting opportunity for these players.

Oppo India Vice President (Product & Marketing) Sumit Walia said, "There are half a billion users still on feature phone that will potentially upgrade to smartphones, and that coupled with 4G penetration, availability of affordable devices and cheap data along with a strong ecosystem will continue to help the industry grow.

As per the latest IDC report, Oppo has achieved a market share of 11.8 percent in Q3 2019, he said, adding that the company has also doubled its sales with an overall solid 92.3 percent year-on-year growth. It has become the second-largest vendor in the fast-growing $300-500 segment following the recent launch of Reno2 series.

Walia further said that Oppo would like to pace up growth with "a continued focus on 'Make in India' and we expect to manufacture 100 million units by the end of next year".

Also, the key focus areas would be the development of differentiated form factors and meaningful innovation for all, while delivering premium experience to consumers, he added.

Acknowledging India's importance in Oppo's scheme of things going forward, Arif said the company is "committed to the development of the country and recognises that innovation and entrepreneurship are crucial for the future growth of the economy. Our commitment to 'Make in India' is a shining example of our endeavour to co-opt with the local authorities in achieving their objectives".

With the government's razor-sharp focus on technology adoption, he said the changing landscape brings forth huge prospects for Oppo in the country.

The Chinese tech major recently organised its annual global technology event 'Oppo Inno Day' in Shenzhen, where the company highlighted its growing prowess in cutting-edge technologies such as 5G, artificial intelligence and IoT.

The company also announced it plans to invest about $7 billion over the next three years on its research and development initiatives that include building core technologies in hardware and software as well as frontier innovations such as such as 5G/6G, big data, cloud computing and augmented reality (AR).