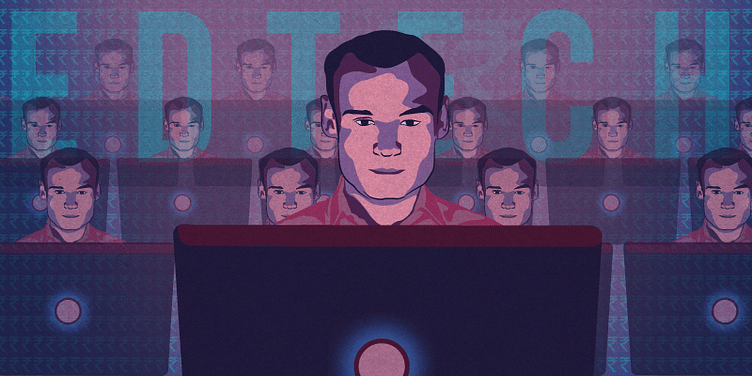 Adding on to existing advantages like internet penetration, cheap data, social media explosion, exploring the edtech market with vernacular content is something the industry is now looking at. This is expected to help startups attain a larger coverage of the rural market.

Among the many factors that contribute to the success of a society, awareness and education often stand at the forefront. But when it comes to smaller towns and rural India, what drives the population is high levels of aspiration and the hope for a better future.

India has been an ecosystem that has been dependent on an individual’s financial ability to get access to quality education, surpassing the awareness aspect. Thanks to technology, today access to quality education is at its convenient best compared to the past. With the internet penetration only going deeper across the country, including rural India, what is coming easier than ever is the access to information and plenty of awareness.

There is no dearth of educational institutions and universities in the country, with thousands of colleges located in smaller towns, including premier institutes like IITs and NITs.

"Thanks to this positive phenomenon, those in Tier II and III cities in India are on a quest for better education and job opportunities. For professionals, a better job opportunity means upskilling, and for students, the need to skill arises from the gap present in our education system. It is this need gap that edtech and education startups are looking to fill."

Founded in 2016, Jaipur-based bootstrapped edtech startup Codevidhya wants to convert classrooms in Indian schools into programming powerhouses. Since 2017, the startup has on boarded over 25 schools, leading to a revenue growth from Rs 36 lakh to Rs 1 crore.

Another edtech startup ﻿Standyou﻿ from Jaipur wants to be the ﻿Oyo﻿ for coaching institutes. While the population around the NCR, Rajasthan, Uttar Pradesh and the rest of the Northern hemisphere turns to Bansal classes for reliable IIT entrance coaching, Standyou built a marketplace that lets students look for the right coaching centres for competitive examinations like IIT JEE, NEET, CAT, GATE, CLAT, NDA, IRDA, banking, and civil services.

By improving the existing offerings in the market, Standyou is now creating a new demand for marketplaces, at least within the Jaipur region. The subsequent boom in the edtech sector helped the startup increase revenues steadily. Having onboarded over 20,000 coaching institutes from across the country, it reported revenues of Rs 3.5 lakh in FY17, Rs 25 lakh in FY18, and Rs 38 lakh in FY19, respectively.

The absence of industry-relevant skills that was caused due to the gap in the education system calls for the need to constantly upskill and in-turn create a recurring demand for skilling programmes.

India produces lakhs of students every year who all aspire to land themselves the best possible jobs. According to a 2016 KPMG report, the Indian edtech market is pegged to touch $1.96 billion by 2021.

According to IBEF, the country has one of the largest education systems in the world with more than 1.4 million schools, over 227 million students, and more than 36,000 higher education institutes. Of the 795 universities, 47 are central universities, 360 are public, 262 are private, and 123 are deemed-to-be universities.

With a total of 42,338 colleges, the education market in India is the second largest for e-learning after the United States. The sector is expected to reach $1.96 billion by 2021 with around 9.6 million users.

In a conversation with YourStory, Abhishek Patil, Co-founder and CEO of Bengaluru-based edtech startup ﻿Oliveboard﻿ says that a large part of its user-base comes from Tier II, III and IV markets. Besides, the startup also designs its curriculum in accordance with what the students from these regions need.

Thanks to the reception his team witnessed from the towns of India, Oliveboard was able to acquire its last million users in only 4.5 months, while it took them 4.5 years to on-board the first million.

We are all familiar with the story of Bengaluru-based edtech unicorn ﻿BYJU'S﻿, which is valued at over $5.7 billion. BYJU’s is one of the very few Indian startups that clocked 100 percent growth for three consecutive fiscal years. In FY19 alone, it clocked a revenue growth of 200 percent.

For San Francisco-based ﻿Udemy﻿, India is the largest and fastest growing market outside of the United States. Irwin Anand, the Chief of Udemy’s India operations, told YourStory earlier that the startup is doubling on its India revenues, and the last one year has shown them that they can grow in India even faster. Despite being a marketplace, the business model was able to scale at a global level.

All this points out to the fact that edtech growth in India can now be majorly attributed to mobile. According to Redseer, India’s internet adoption reached 530 million at a run rate of 65 million users per year between 2017 and 2019. Out of this, 57 percent of the population were active internet users and the rest had intermittent access.

The report further said that around 320 million users are likely to adopt the internet by 2023, and these users will come from Tier II and III cities of India.

"Through this study and research, we found that India has added internet users at 8x speed in the last 10 years, driven not by large cities but by small towns and villages where users are entering the digital ecosystem due to access, affordability, and aspirations."

Sajith Pai, Director at Blume Ventures, says the primary reason behind the success of edtech players in non-metro markets is because that is where all the growth is. He says that Tier II and III markets do not have the level of penetration with tuition centers and classroom education offerings that a Tier I city has, and that is why these players are willing to take to online content more readily.

"Easy growth is attracting entrepreneurs and investors alike. So, it is a virtuous circle. Growth feeds entrepreneurs, entrepreneurs attract VCs, which mean more dollars in customer acquisition and freebies, which in-turn attract more growth," he adds.

Regional language is also gaining more prominence across the world, and more educational resources and courses have been made available in regional languages over the last few years.

Google Translate, for instance, allows anyone to instantly translate any webpage into over 100 languages, and it is only adding more languages on a monthly basis. While internet penetration is often talked about as the major contributing factor, language is something that is no more a barrier-to-entry for rapid adoption.

Exam-preparation startup ﻿Gradeup﻿ raised $7 million in Series A funding in November earlier, with a plan to expand to Tier II, III, and IV markets. Specifically meant for non-metro users, the startup intends to scale its academic team to 100 faculties and 200 subject matter experts. Considering the traction that its live online courses have received so far, Gradeup expects the number of enrollments to touch 60,000 students by the end of FY20, and cross 150,000 by the end of FY21.

Byju’s already has a vernacular segment, and its Hindi videos category is reportedly garnering more attraction than English.

With more than 40 million users on the platform and over 3 million daily active users (DAU), Noida-based Adda247 claims to be the most used online education platform in India. The edtech player plans to expand its offerings to new exam categories, add new languages on the platform, and amplify its pan-India presence.

“More than 60 percent of our users come from Tier III cities and small towns, and that is where we are seeing unprecedented growth and engagement.”

The way all the factors are coming together, it does look like language will not be a potential barrier when it comes to education. This insight holds all the importance in the Indian market as more Tier II, III, and IV users go online, thanks to affordable data pricing.

[Startup Bharat] Here's how ShareChat, TikTok, Vokal, and other Indian language content apps are partnering with brands to make money