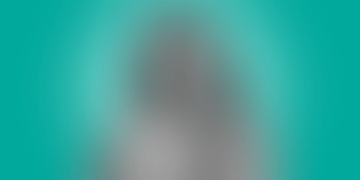 Technology startups alone have created 60,000 direct jobs this year and overall the IT sector will be a "positive hirer" in the current financial year, industry body Nasscom said on Wednesday.

Speaking at the launch of 'Future Skills PRIME' programme, a joint skilling initiative by the IT ministry and the industry association, Debjani Ghosh, President of Nasscom, said, "Even our startups are creating jobs, tech startups have created over 60,000 direct jobs... just this year".

IT Minister Ravi Shankar Prasad said that as per Nasscom, the top IT companies have continued hiring momentum.

Overall, the IT sector employs 4.1 million people directly and 10.25 million indirectly, he added.

"It (the hiring) is a growth compared to the previous years which is what we had expected. So, compared to last year, the IT services and IT industry will be a positive hirer this year," Ghosh said.

Earlier in the month of September, the Nasscom Japan VC Network had a pitch session in Tokyo, which saw the participation of 26 technology startups from India. They were part of a Nasscom delegation that presented ideas in front of around 125 Japanese institutional investors.

This is the first-of-its-kind initiative in partnership between Nasscom, the Embassy of India, Tokyo, and the Japan VC Network. The founders at the pitch session were looking to raise a sum of more than $2 million, going up to a maximum of $40 million.

The participating VC/CVC/Corporates who registered for the Nasscom Japan VC network have invested in approximately 1,200 portfolio companies with 1,300 investment transactions globally. In due course,  Nasscom plans to further scale up the network to other VC firms and institutions from Japan and other countries. India and Japan have decades-long history of friendly bilateral trade relations, which has also shaped both the country's startup and investor relationship over the years.

"The Indian startup ecosystem today provides an unparalleled opportunity to the investors globally, and Japan has been a leading partner to India's startup story,” Debjani Ghosh said.