[Techie Tuesday] From building patented tech during an internship at Adobe to starting up Shadowfax, here’s Vaibhav Khandelwal’s journey 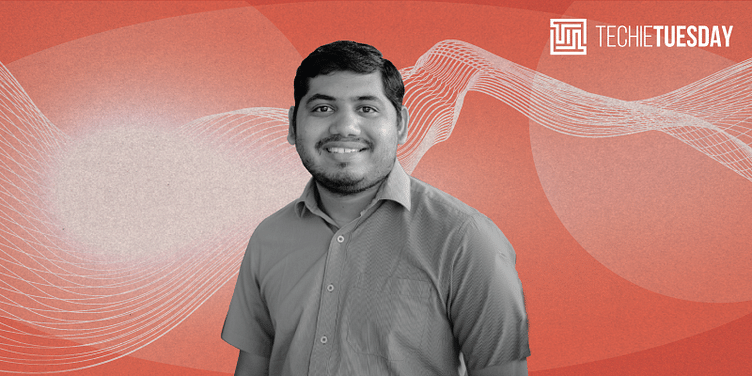 In this week’s Techie Tuesday, we feature Vaibhav Khandelwal of Shadowfax. He talks about how his love for coding began at a young age, the realisation of the impact it could create, and how he built the B2B on-demand delivery startup.

As Co-founder and CTO of B2B on-demand delivery startup Shadowfax, Vaibhav Khandelwal now codes only during the weekends. But his journey began by coding 24/7.

He has since then helped found and build Shadowfax, an on-demand last-mile logistics network that offers tech-enabled, one-stop delivery solutions. The multi-modal logistics platform integrates with bikes, minivans, trucks and airlines to deliver across 70 towns and cities in India.

“It never is about what you can code, but what you can build and what that can do. It is about how much you own something and work towards changing the status quo,” Vaibhav says.

Hailing from Jaipur, Vaibhav is the son of a chartered accountant and a homemaker, and was the first person in his family to study science.

“I was very intrigued by physics and chemistry during childhood. I would always relate real-life scenarios with physics. During winters in Jaipur, the pipes would contract because of the cold, and we would pour hot water on them to help them expand. Similarly, I found chemistry interesting; I represented India at the International Chemistry Olympiad,” he recalls.

Calling himself a stubborn and competitive child, Vaibhav says he “always wanted to win” and ended up toping till Class 12. However, his love for science didn’t mean he wasn’t interested in other activities.

A cricket lover (and player), he is a die-hard Sachin Tendulkar fan. “I stopped watching cricket after his retirement," Vaibhav says, adding, "And I prefer conversing in Hindi.” Apart from cricket, Vaibhav also played hockey.

Always interested in trying new things, he found the computer extremely exciting when his father took him to visit his office in the early 90s. Vaibhav spent his time playing games and exploring.

In 1998, when the family got home a desktop with a dial-up internet connection, he wasted no time in building his own website on HTML.

“The internet is a great thing for a curious mind like mine. It gave power to the stories rather than rote learning,” Vaibhav says.

He adds that he worked on his own and learned most concepts on the internet; his competitive spirit made him power through and study for JEE.

From IIT-Delhi to Adobe

“For the first two years, I focused on extra-curricular activities like street plays, debates, quizzes, and other things. Interestingly, I am inherently introverted but competitive. While the first semester was all about studying, the next semesters, when I got into street plays, led me to get better marks. I focused on attending interesting classes,” Vaibhav says.

In his third year at engineering school, Vaibhav’s love and interest for coding was rekindled during an internship at Adobe. He says there were teams of three to four people, and “we had to figure out the next revolution in learning”.

Vaibhav went on to build a social learning platform on Adobe Reader.

“People read articles and journals on the reader where you can highlight some notes and comments. What if you could aggregate these notes and comments, and do an ontological process, which allowed a new user to understand relevant parts of the document and social Q&A. We built it in 2013, and it’s now a US-patented technology. It has been integrated with the existing Adobe product,” Vaibhav says.

Building this product got Vaibhav extremely interested in technology. In 2014, he was one of the first recruits at Housing. But he didn’t join as his family was sceptical of the idea of joining a startup.

However, he had found his niche: coding.

“The best part of coding is how it can solve different problems. While I personally like Java and find it has several natural use cases, I am not particularly attached to a language. For me, it is about the problems a code can solve. In my final year, I built a code to identify the dish you want to order in a restaurant. You scrape through the comments, and pick the right dish,” Vaibhav says.

With Housing off the cards, Vaibhav did an off-campus search and landed at System 2 Advisors, a US-based hedge fund. Here he worked on building algorithms for different strategies for trading. While at Adobe a lot of things were automated and had security, here the focus was on creating impact, and how a small code could bring scale.

Vaibhav says he learnt a lot about infrastructure scaling at System 2 Advisors. “We would process petabytes of data on a daily basis, trade across the globe. Stock prices across the globe would be captured and processed. I also learnt ownership. It was a small team and everyone had an important task and role,” he adds.

During this stint, he understood the importance the right skill sets to have for his kind of work.

“There are no short cuts to hard work, no matter how smart you are. Sometimes, smartness is just over-rated,” he says.

The early days of Shadowfax

It was while working on petabytes of data and building algorithms for the US trading fund that Vaibhav got the idea of Shadowfax. It was late 2014, and brands like Tinyowl and Foodpanda were growing. But there was a problem: the lack of a seamless link between restaurants and delivery partners. He discussed this idea with Abhishek Bansal, a friend from IIT-Delhi.

The duo first thought of a Swiggy-like idea.

“We didn’t pursue it because we didn’t see the unit economics. We wanted to build a super-strong business model and focus on B2B. So I would work in my office till 10 pm, and after that till 2 am I would build the app, backend, and dashboards of Shadowfax. We built everything with application and trial and error,” Vaibhav recalls.

The idea was that Shadowfax would act as an aggregator of delivery partners. Different businesses require fulfilment support, and having their own fleet isn’t feasible for each one. “So that’s a service that can be outsourced, and we wanted to be that,” Vaibhav says.

The co-founders were in Mumbai, but piloted the app at a night kitchen in Noida. At midnight, they started testing the product and continued till 4 am. “Fortunately, my manager was open to the idea, and I could continue to build on Shadowfax,” Vaibhav says.

The love for Tolkien

Vaibhav and Abhishek brought in their love for JR Tolkien’s work, Lord of the Rings (LOTR), in building the product. Shadowfax is the name of the character Gandalf’s horse. Interestingly, all servers and databases have an LOTR reference. “One of the services, Rivendell, is a knowledge repository and the core app is Gandalf, who rides Shadowfax,” an enthusiastic Vaibhav explains.

There is a reason for bringing in the connection. Vaibhav believes it is important to have a centralised brain that can design systems to pass information to the right people.

Expanding on this, he says:

“We learnt early that it was difficult to work with blue-collar workers, but they behave so because you treat them like that. You need to treat them like white-collared people. We began by giving them the right benefits. But then the delivery boy communicates only with the app. Everything from payout to support is done on the app and has no human intervention. This made the delivery boy work lean hours; it was more like a freelance network. People who have a bike and want to deliver can pick up jobs. We made it a practice to build tech so robust that anyone who has worked should get the payout on time.”

What impact can you bring?

By March 2015, Vaibhav had started working on Shadowfax full time. He spent time on locations, understanding the competition’s code, and what they were doing differently.

“What change can technology bring in? Today, we have over 30,000 DAUs. All of this can be monitored from one centralised location, which has all the data. The drivers, their background verification, every single bit of data. This centralised location needs to have the right control process and become robust every day. Over 30,000 people making Rs 10,000 is a big impact in a country like India,” he says.

Vaibhav now focuses on long-term projects and strategic initiatives, particularly data science. But he believes that techies respect and listen “only if you have built something” – the reason he is hands on and continues to code.

What and why do you code?

The co-founder says he looks for people who have created impact in a particular organisation.

“Have they grown organically and have they released products? What have they built? Do they have right ownership? Everyone in the engineering team codes, we all have a high sense of ownership. We tend to evaluate people on how quickly they learn. How actively can you think on your feet while solving a problem, and how much business do you understand? In the end, whatever you code should have an impact.”

Vaibhav emphasises that there is no short cut to hard work. And that it is important to get a strong hold of business understanding.

As techies, you need to constantly learn, improvise, and invest your time in new tech and frameworks or “you never know when you get redundant”.

“We never were the best in class or at code. But we were always known to be fighters who work through and get the job done. If there is a problem and a solution can be built, we build it. And that is core idea behind code and technology,” Vaibhav says.

[Techie Tuesday] He wanted to be a mechanical engineer, but blogged his way and built CRM company HubSpot