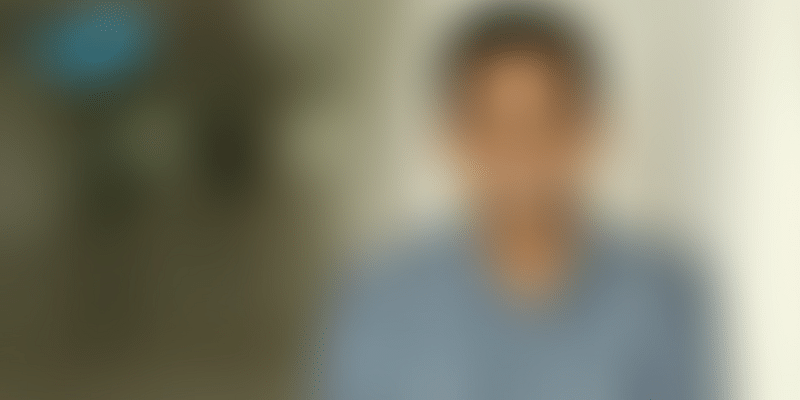 The Turning Point is a series of short articles that focusses on the moment when an entrepreneur hit upon their winning idea. Today, we look at Mumbai-based edtech startup Toppr.

Toppr is an after-school learning app, personalising education for students of Classes 5 to 12. It also provides personalised learning solutions for students studying for their boards, olympiads, and various engineering and medical competitive exams such as IITJEE and NEET.

Co-founder of Toppr, Zishaan Hayath, says, “There are about 350 million school-aged children in India. When you build for them, you know you are also building for five percent of the world's population. It's our privilege to be doing this kind of work. And, our opportunity makes us deeply aware of our responsibility —to shift the human capital of India.”

It is interesting to know how it all began.

In April 2008, Zishaan co-founded a phone-commerce marketplace, ‘Chaupaati Bazaar’, which eventually got acquired by Futurebazaar.com, the digital commerce arm of Future Group, in 2010 which is a shopping platform for shopping home, electronics, and kids products, among others. It was during this time that the idea of Toppr.com came to him when he realised that students in India were spending enormous amounts of money on coaching classes.

“I realised the need for a live doubt-clearing platform for students, available to them 24x7. We know that students learn best when they study at a time of their choice. This is often either late in the night or early in the morning. At this time, students don't have anyone they can turn to for solving their doubts. We also realised that most students are hesitant to ask doubts in class for fear of being judged,” explains Zishaan.

Identifying this need gap, he, along with his friend from IIT Bombay, Hemanth Goteti, came up with the idea for Toppr Doubts. They envisioned it as a live app where students could get their doubts addressed even at 2 in the morning, instantly and by experts.

“We knew that crowded classrooms and sub-par coaching classes use a one-size-fits-all approach. Following through on research, we brought Toppr into existence in 2013. The platform now offers adaptive learning for Classes 5 to 12 and competitive exams like IIT JEE and NEET,” notes Zishaan.

Wanting to move away from the standardised approach to coaching, the duo started off with the mission to make learning personalised for students. Using artificial intelligence and machine learning, they aimed to bring better learning to students irrespective of geographic and socio-economic boundaries.

“Our initial idea to leverage our mission was to create a 360-degree quality learning platform that helped students from day one, right up until they achieved their goals. We started Toppr with two employees and with a focus on Classes 11 and 12. We then built an adaptive practice module for three subjects — maths, physics, and chemistry — later adding biology as well.”

One of the biggest challenges the team faced initially was in building the content for the app which would help provide quality educational material to students.

With Toppr now covering eight grades / classes, 14 subjects, 56 exams, and 20 different school boards across India, Zishaan believes that they have been able to face the challenge well. The team also claims to have achieved it at a nominal cost.

“From starting in 2013 and getting our millionth student onboard in 2016 to growing tenfold in less than three years and reaching 10 million students, it has been one hell of a ride! One year ago, the majority of our enrolment came from higher grade students. Now, we have more enrolments in lower grades.”

He adds that, on an average, Toppr’s student users are spending 120 minutes per day on the platform.

“We understand that successful education products aren’t built purely around information dissemination. The successful ones attempt to figure out if students are actually mastering the knowledge that they are setting out to learn. And, that kind of product is not possible to build overnight,” says Zishaan.

Going forward, Toppr aims to reach out to a large and growing population of students. The team believes that, with the product already very strong, they can and will continue working towards making it stronger. Their primary goal: to continue to leverage tech-enabled solutions to solve the problems that students face.