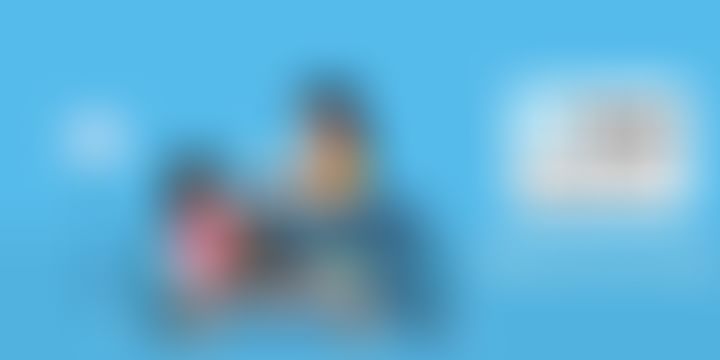 Edtech is one of the hottest startup sectors in India today. There is a large addressable audience, rising investor interest, growing paid subscriptions, and intense competition. In all this, Mumbai-based Toppr has managed to stay relevant since 2013.

Toppr began as a platform that helped students prepare for ‘competitive exams’ - an oft-dreaded phrase that defined the final years in school. The Mumbai-based startup managed to build a cogent e-learning platform (replete with courses, mock tests, video lectures, doubt-solving, etc.) that not only spared students the chaos of physical notes, test papers, guidebooks, and whatnot, but also helped them prepare for about 60 top entrance tests, from IIT-JEE and AIIMS to BITSAT and more.

Toppr provided students access to 24x7 e-learning, quick doubt-solving, and personalised coaching from quality educators across the country. “It was like having my professors in my pocket,” says a Toppr user, “I loved that I could revisit video lectures anytime,” she adds.

After having made a dent in the online test prep space, Toppr turned its attention towards junior and senior grades (levels 5th to 12th), which form the largest chunk of India’s student population. In 2019, six years since its inception, the edtech startup also offers courses catering to 25 school boards, from ICSE and CBSE to several state boards.

Its registered user base has expanded to 7 million across mobile and desktop, with 6.6 million monthly sessions being clocked, according to the founder. From just 40,000 pieces of content in 2013, Toppr now houses two million pieces of learning material, and aims to reach three million by 2020. It has solved 4 million-plus doubts and has had more than 3 million tests taken on its platform till date.

The startup prides itself on its engagement metrics. Founder-CEO Zishaan Hayath says,

“To become a true alternative to a physical coaching class, we need to demonstrate engagement. Our engagement per user per day is 110 minutes, and that is above the industry average.”

App downloads have grown as well, from 500,000 in 2014 to 4 million at the end of 2018. Subsequently, subscriptions are increasing too, as e-learning catches up across India. Toppr claims its paid users have doubled in the last 12 months and it expects a 3x growth until 2020, riding on both new user acquisitions as well as upgrades from the existing subscriber base.

Interestingly, paid subscriptions are growing across edtech, with users displaying a greater trust in e-learning platforms. A Google-KPMG report estimates paid subscriptions for edtech startups to reach 9.6 million by 2021, a 6x growth since 2016. And the overall sector is projected to grow 8x and reach $2 billion by that time.

Toppr, of course, is not the only player in Indian edtech. It has to contend with BYJU’S, presently the world’s most valuable edtech startup, and several others including Unacademy, UpGrad, Imarticus, TalentEdge and Embibe.

But, with over 30,000 tutors across 15 cities, the Toppr network may be wider than most. And now, the startup plans to go deeper.

Tapping the edtech opportunity in Bharat

Armed with fresh funds, Toppr wants to expand its geographical footprint, especially in Tier II and III towns where edtech is poised for rapid growth.

“So far, we have done a great job on the product side and grown without spending much. The next phase is the distribution of this product,” Zishaan tells YourStory. “But, we are focused entirely on India, and not keen on going international.”

The co-founder stresses on the opportunities offered by non-urban India, where “access to coaching” is limited. And hence, the demand is high.

“Users in Tier II and Tier III cities do not have easy access to quality coaching. We see a higher traction from Baroda than Ahmedabad, from Nagpur than Chennai. We believe that any household that makes more than Rs 6 lakh per annum is likely to get a paid learning app.”

The report states that as much as 44 percent of total education related searches in India today come from outside the top six metros. It adds that there’s been a “four-fold growth” in the consumption of educational videos on YouTube from these locations. Cities like Patna, Guwahati and Aligarh have emerged as frontrunners in e-learning.

Even Kota, famous for its IT coaching centres, has emerged as a top destination for e-learning, the report indicates. This could be attributed to the growing penetration of smartphones and improving access to cheap Internet.

Essentially, Toppr wants to ride this edtech wave in Bharat.

The company projects a 20x growth in its junior grades, and a 15x growth in its senior grade subscriptions by 2020. It is hoping to surpass the $100 million mark in revenue by that time.

Its current ARR stands at $25 million, having grown 2x in the last 12 months, with a 40 percent contribution coming from senior grades (11 and 12). Zishaan says,

“Our initial challenge was the inertia in people, and physical coaching classes. While the latter continues to remain a challenge, inertia in the younger population is less. They are keener to experiment, test learning apps and try out new packages.”

Test prep is, of course, a smaller segment compared to primary/secondary education that has a large addressable audience of 260 million. However, it is projected to grow 64 percent to become a $515 million category by 2021, according to the Google-KPMG report.

Toppr is acutely aware of the growing investor attention in edtech.

“Education has finally started to attract the capital it deserves. And, investors are committed to what we are doing. Things are changing on the ground,” says Zishaan, adding, “We are now able to build high-quality products with an impact on the student capital of India.”

It helps that Toppr is well-funded, having raised over $58 million in venture capital since 2015. Its most recent funding was a Series C round in December 2018, when it raised $35 million led by Kaizen PE (that focuses on education startups), Alteria Capital (a venture debt firm) and Brand Capital (the strategic investment arm of Times Group).

Toppr plans to utilise the fresh capital in brand building, product development and in increasing user engagement. Its other investors include SAIF Partners, Helion Ventures, and Eight Roads Ventures.

Vinod Murali, Co-Founder and Managing Partner, Alteria Capital, is of the opinion that,

“The needs of Indian students cannot be met solely through classrooms, and using technology well to improve personalisation and convenience for students has been the key to Toppr’s success."

Also Read: 2018: The year that BYJU’s became the world’s most valued edtech startup

To bring about further “personalisation” in the learning experience, Toppr is actively investing in Artificial Intelligence (AI) and Machine Learning (ML) to throw better suggestions for users, predict doubts, and solve them faster.

“About 25 percent of the doubts raised on our platform can be solved through AI, allowing human educators to focus more on other areas.”

And, AI and ML are a natural progression for any consumer-facing tech platform. The founder says,

“We generate close to 100 million data points every month. The platform becomes stronger if we use ML algorithms with that data. The adaptive learning gets better for every student.”

Toppr started as a five-member team and is now 350-people strong with offices in Mumbai and Hyderabad. Like any startup scaling up, it is scouting for talent across product, engineering, design, and content. “We have a high quality and high pedigree team, and are constantly looking for more people, especially in business development, sales and marketing,” Zishaan reveals.

A journey well-begun is only half done. But, Toppr has managed to overcome its biggest challenge, what Zishaan describes as,

“To get people to move away from tuition classes and trust us was the primary challenge. There are no shortcuts, no amount of marketing can help you do that. You just need a very good product.”

And that, Toppr did! Now begins the consolidation.