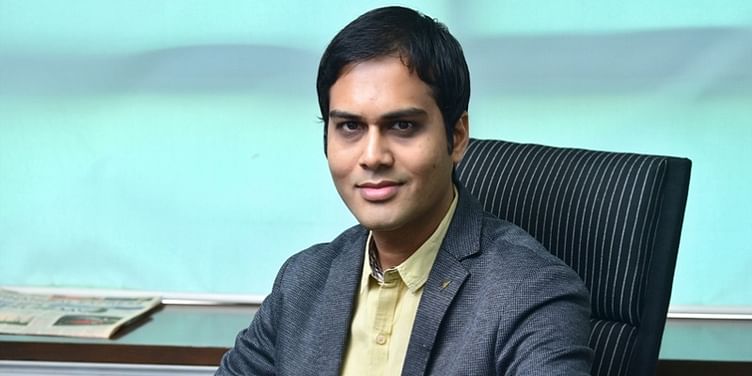 The Turning Point is a series of short articles that focusses on the moment when an entrepreneur hit upon their winning idea. Today, we look at Ahmedabad-based Lendingkart, the fintech startup that is providing working capital loans to SMEs and MSMEs.

When Harshvardhan Lunia returned to his hometown, Ahmedabad, his family was a little baffled. The young CA, after all, seemed to have it all: a cushy job at ICICI’s corporate office in London, the financial capital of the world. But Harshvardhan had different plans.

It was 2014, and India was reaching a turning point. He noticed businesses and SMEs around him were being run by the younger generation. Harsh and friend Mukul Sachan felt there was a big gap that the existing financial models weren’t able to solve. The idea for Lendingkart slowly started taking shape.

“These are people who do not have the capital and resources, but can run a business and are in need of working capital. We had realised that the traditional banks and NBFCs weren’t the best option as they look at the borrower as someone who is a fraud and who will possibly default. But we come with the idea that the borrower wants to return the loan. In all the 70,000 loans, we have disbursed we have had only 38 frauds,” Lendingkart CEO and Co-founder Harsh says.

[The Turning Point] From logistics to food delivery, how Swiggy found its sweetspot

The idea was that entrepreneurs in the 35-45 years age bracket needed short-term working capital loans for their SMEs. “When we spoke to these borrowers we realised they were first-time borrowers who needed limited human intervention and capital for short period of time,” Harsh adds.

Most of Lendingkart’s customers are MSMEs and are borrowing for the first or the second time. The average ticket size of loans requested on the platform is Rs 4 lakh to Rs 5 lakh with an average duration of 12 to 15 months. And the typical age of the borrower is anywhere from 33 to 40 years of age.

Harshvardhan says a strong reason for the startup’s growth is understanding the needs of the consumers and answering their requests in a timely manner, even if it’s a rejection. Lendingkart has stuck to only to SMEs and MSMEs for five years.

It recently raised a fresh equity round of Rs 212 crore ($30 million) led by existing investors including Fullerton Financial Holdings Pte Ltd (FFH), Bertelsmann India Investments, and India Quotient. With this funding round, the total equity raised by Lendingkart stands at $143 million.

Since its inception, Lendingkart Finance (the NBFC arm of Lendingkart Group) has evaluated nearly half a million applications, disbursing 70,000+ loans to more than 55,000 MSMEs in 1,300+ cities across all 29 states and union territories of the nation.

Co-founder and COO Mukul is no longer a part of Lendingkart, having left his full-time role in the startup in September. He continues on in a consultant role.