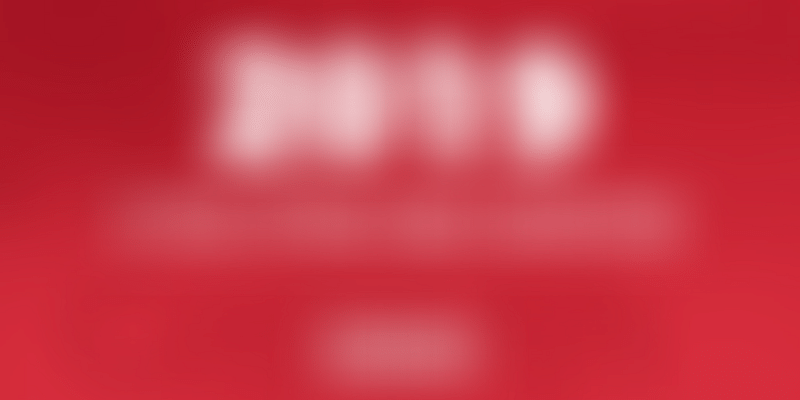 In this series of yearend videos, YourStory gives you a glimpse of what worked and what needs to work in the Indian startup ecosystem.

Entrepreneurship can be a tough and long journey for many people. While some get lucky and succeed the first time, a few others may never see success.

This year, YourStory Founder and CEO Shradha Sharma conducted a series of high-impact interviews, where entrepreneurs and industry leaders stressed on a few things. While it is a great time to be an entrepreneur in India, it is also important to learn from your mistake and move forward.

Talking about entrepreneurship, William Bissell, Chairman, FabIndia, explained: “Entrepreneurs have a particular type of energy. We have the kind of get up and go energy - seize the opportunity, seize the moment, and seize the day.”

Often called the accidental entrepreneur, William says new ideas come from the ecosystem, and if people don’t listen to the ecosystem, they shut themselves off from ideas.

Commenting about scaling up, William said raising funds is not a strategy or a business. “For me, business is about connecting with your passion and what you believe in… It’s important to say no to a lot of things so you have more time and energy to say yes to the crucial things.”

Like most entrepreneurs, Kalyan Krishnamurthy, the CEO of Flipkart, has one big dream - to take the ecommerce giant to an IPO, or what he calls ‘a real exit’, in the next three years.

To a question of what a CEO means, the investor-turned-executive said:

“CEO means Chief Enabling Officer.” Kalyan said that’s the only thing a CEO should be doing.

But, the founders of Udaan, the fastest growing unicorn in India, have a completely different take on the titles in their organisation. The startup perhaps is the only one of its kind that does not have a CEO. And according to the founders, it is more a matter of choice than by chance.

“We don’t actually have titles across the organisation, and that comes only from focusing only on the merit of the discussion and not who is actually talking about it.”

Sameer Nigam, Founder and CEO, PhonePe, is someone who is always upping his own game and chasing impact in the true sense of the word. He enjoys venturing into unchartered territories that involves learning first-hand the nuts and bolts of the industries.

Speaking on the same note, Manu Kumar Jain, Managing Director, Xiaomi India, said: “Every day, every week, and every month something keeps going wrong. But the only thing is we have to learn from our mistakes, keep moving forward, keep smiling, keep ensuring everybody is positive, and that's the best thing we can do."

At YourStory’s TechSparks, he said: “The fresh perspective, clubbed with a young team, has worked really well for us,” and attributed Xiaomi India’s success to his “great team”.

TechSparks 2019: Manu Jain reveals how Xiaomi became a top-selling brand in India with zero marketing spend in the first 3 years

Bhavish Agarwal, Co-founder and CEO, Ola, while speaking at TechSparks, said: “The best leaders I have seen always interacts with the customer, frontline staff, and their people.”

Reminiscing about his early journey, Bhavish went on to speak about how not just Ola has evolved in the past 10 years but also how the entrepreneurial ecosystem has transformed. “The first TechSparks I attended was in 2011... and since then, the startup ecosystem has also evolved and matured tremendously,” he said.

He added: “Our generation has the power and opportunity to create the future not just for our country but to build the technological paradigms for the future for the world. It is a great time to be an entrepreneur in India.”

Kunal Shah, Founder and CEO, Cred, is an entrepreneur who is constantly raising the bar of doing business. A seasoned entrepreneur who has witnessed the unfolding of the Indian startup ecosystem from its early days, Kunal said,

“If we share insights from our businesses, then we’ll have much better way of running our own businesses.”

But he also adds that the game in the Indian startup ecosystem is changing. Kunal says, second-time founders have better ability to raise capital, build better products, and get better partnerships with merchants and banks.