[App Fridays] Does the Sticker.ly photo editor live up to its promise of spicing up pictures? 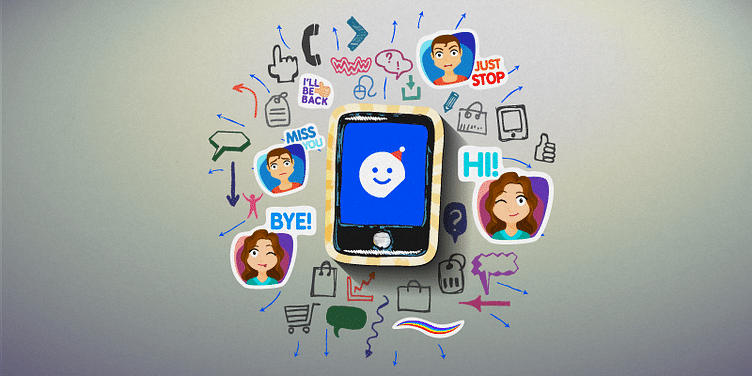 Sticker.ly is a simple-to-use smart photo editor that converts photos into stickers, which can then be exported to WhatsApp or iMessage and shared with others directly or via a custom link.

The rising power of visual content has made its presence felt everywhere, including in the ever-expanding universe of apps. A multitude of photo apps such as Snapseed, Prisma, Lightroom, Photo Collage, Afterlight, and Canva have made an impact in recent times. And now, it's the turn of niche photo apps like Sticker.ly to join the visual party.

Sticker.ly is a smart photo editor that converts photos into stickers, which can then be exported to WhatsApp or iMessage. It lets you erase the background from existing photos and add funny texts or themes to create a sticker.

Interestingly, the stickers (or sticker packs) you create can be shared with other users through a custom link. This feature has prompted popular brands like McDonald’s, Coca-Cola, and others to create their own branded stickers on WhatsApp.

Sticker.ly is backed by Snow, Inc, which has developed other apps including photo editor B612.

But do you need to add this app to the many on your phone? We explored Sticker.ly to see exactly what it does and if it’s a worthwhile app investment for you.

As soon as you install and open the app, Sticker.ly takes you to the homepage, which features trending or interest-relevant stickers and gifs under bifurcated categories. You can keep scrolling; the stickers will keep coming.

The home screen has three options on top, and three at the bottom. The upper strip has ‘For You’, ‘Sticker’, and ‘Status’. These three categories feature stickers and GIFs created by others, which you can add to your WhatsApp very easily. The ‘Add’ has the WhatsApp logo next to it; clicking on it immediately adds that sticker to your WhatsApp. You can also share the sticker(s) with your contacts on other platforms directly or as a link.

The USP of the app is creating your own stickers. How does that work? All you need to do is press the plus button in the middle of the home screen, name your sticker pack, and select photos. Then cut out stickers from your photos, add captions to give your stickers more character, and you’re done.

You can now export your stickers to WhatsApp and send them to your contacts, or save them in your gallery. The app also gives you the option to make your creation searchable by other users. It would have been great if the app had an option to add a custom watermark for each creator, but that’s wishful thinking for now!

The coolest part is that you can also create a sticker out of GIFs. The app has a wide library of GIFs to choose from. You can trace the part you want from the image, add text, and crop and customise it. The ‘auto option’ on the editing screen automatically selects the face or object section to proceed further. You need to add at least three stickers to have your own pack in the app.

The interface of the app is impressive, clean, and clutter-free. We used the app with high-speed internet and witnessed no crash. But that doesn’t reveal how it works with a low or patchy internet connection.

However, it must be said that the app sometimes took its own sweet time to upload the image for creating stickers. But the fact that it’s super-easy to use is impressive.

If you are someone who loves using stickers and GIFs to express yourself, then Sticker.ly can be your go-to app. Also, if you are extremely creative and want to create your own stickers that can be used by others, this is the app for you. It’s free, does not show any ads, and is simple to use. What else can you ask for?