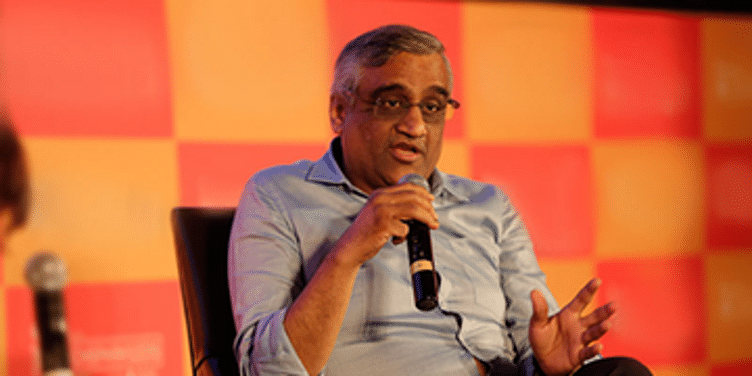 Biyani, in a fireside chat at Amazon's SMBhav event, said physical and digital retail started in different eras, but will eventually come together in the next three to four years.

Future Group Founder Kishore Biyani on Thursday said brick-and-mortar stores and digital retail have their own sets of advantages, as well as challenges, and bringing in a hybrid model of 'phygital', can help businesses perform better.

Biyani, in a fireside chat at Amazon's SMBhav event, said physical and digital retail started in different eras, but will eventually come together in the next three to four years.

"Physical has its own advantages and nuances and digital has its own. Both of them came in different eras and they will meet. I think in the next three to four years, it will be 'phygital," he said.

Interestingly, Amazon India and Future Group have entered into long-term business agreements for expanding the reach of the latter's retail stores and consumer brands through the former's online marketplace.

Biyani explained that physical retailers will need digital, while digital will need physical presence because of the costs related to acquiring customers and fulfilling orders.

"...ultimately, there will be a hybrid model which will help our business to perform better," Biyani said.

Noting that both the formats have their own challenges and advantages, he said, digital platforms have a reach that physical formats do not. Brick-and-mortar stores, on the other hand, bring in customer interaction.

"...I think we need everything. I think the best is 'phygital' which is happening and will happen in India much earlier," he added.

Ecommerce has been growing at a phenomenal pace in India with Amazon and Walmart-owned Flipkart accounting for a lion's share of the market.

According to a report, India is among the fastest-growing markets for the ecommerce sector, and revenue from the sector is expected to increase to $120 billion in 2020 from $39 billion in 2017 - growing at an annual rate of 51 percent.

While Amazon and Flipkart have been pumping in millions of dollars to boost the India business, many small traders have alleged that these players are offering deep discounts and indulging in unfair practices to gain market share.

The two players are also facing a CCI probe for alleged malpractices, including deep discounting and tie-ups with preferred sellers on their platforms.

However, Amazon CEO Jeff Bezos - who is in India this week - on Wednesday announced a $1 billion (over Rs 7,000 crore) investment in India, to help bring small and medium businesses online, and committed to exporting $10 billion worth of India-made goods by 2025.

Before this, the online retail giant had committed $5.5 billion investments in India - Amazon's most important market outside of the US and a key growth driver.

On Thursday, Biyani also spoke of what he thought was his "craziest" mistake ever.

"I made two films that did not work. That was the craziest mistake I have made so far," he said. Biyani had produced two films - 'Na Tum Jaano Na Hum' and 'Chura Liya Hai Tumne' in 2002 and 2003 respectively.

"I made two films in one year. The failure of these films taught me that don't get attached to what you create... The customer can reject you in an hour," he said.

Emphasising that making mistakes is also an important part of an entrepreneur's journey, Biyani said people need to learn from the challenges they face.