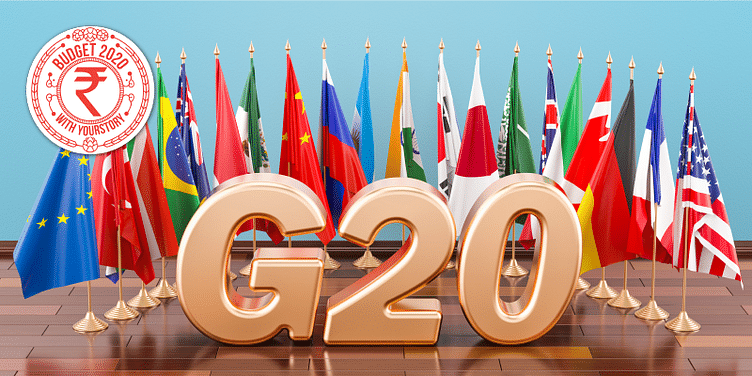 The holding of the G20 meet in India will showcase the economic prowess of the country, and it can also drive the agenda for multilateral cooperation globally

Union Finance Minister Nirmala Sitharaman has allocated Rs 100 crore for the preparation of the G20 Presidency meet, which will be held in India in 2022.

“I am happy to inform that India will host G20 presidency in the year 2022 - which will be India's 75th anniversary as an independent nation. During this presidency, India would be able to drive considerably the global economic and development agenda. For this historic occasion, I allocate a sum of Rs 100 crore to begin the preparations,” the finance minister said in her Budget speech.

G20 or the Group of 20 nations is a very influential economic multilateral forum and a platform for dialogue among the countries. It also acts as an effective coordination with the G8 group.

The holding of G20 summit in India assumes significance as it shows the strides made by the country under the present government, and leapfrogs the status as a regional power to be counted among important nations globally.

The G20 has a rotating presidency and secretariat, ensuring that no country dominates the agenda. Instead, the G20 host sets the agenda for the year, wielding vast direct and indirect influence.

The hosting of G20 meet in India also showcases the prowess of the country’s economic strength and as a leading destination for investments in the world along with other nations such as China and Brazil.

The G20 presidency brings together several global leaders, their attending delegations and independent experts. The task as the president of G20 will be leading and managing the global economic agenda for the year.

Hosting a successful G20 Presidency in 2022 is a fitting aspiration for the country. However, this would also require massive inter-ministerial coordination within the country to pull off a very successful meet.

It has also become an indicator of the vision that India has currently set of turning into a $5 trillion economy by 2024, where Indian companies will also play a global operations with presence across the world.